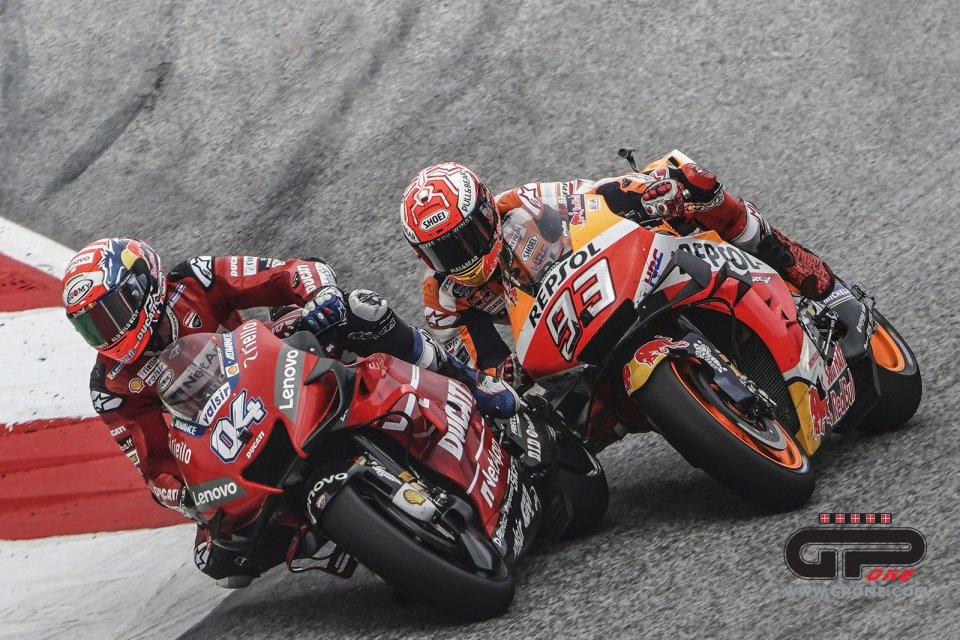 With the return of Marc Marquez at Portimao next week, MotoGP has once again found its leading protagonist. And there is no doubt that the wait will be agonizing because no one will know what 'Magic Marc' will be capable of after almost nine months of absence from the Grands Prix.

There are those observers who immediately imagine him on the podium and those who think that, more reasonably, he will need some races to get back into the rhythm.

We, the incurable romantics of the world championship, would like a return - if not victorious, at least memorable - because Legends must be celebrated, yet when Marc positions himself on the starting grid on the Portimao circuit, the cream of the crop will not be complete. In fact, Andrea Dovizioso - who has not retired at all but is paying for (his) maybe too hasty decision or an excessive self-confidence - will still be missing. Unfortunately, no one is indispensable and it is Marquez's long absence that reminds us of this.

Dovi, however, will be back on track soon: from 12 to 14 in fact he will be at Jerez for the highly anticipated test with the Aprilia RS-GP, at the end of which both parties - the man from Forlì and the Noale manufacturer - will see if there is any way - and in what way – for the adventure together to continue.

It would be nice at this point - but this is not a forecast, but rather a desire, a daydream - if in those three days Dovi and Marc were together again. The champion and his deputy.

It is unlikely, but not impossible: the track has in fact been booked by Honda and Marquez could lap with the RC213-V S, the production MotoGP bike, with which he has already tested in Barcelona and Portimao.

A further stretching of his legs for the eight-time world champion before returning to the track at the Algarve circuit. And also a superstitious and iconic way of picking up where he left off, on 19 July 2020. After all, Stefan Bradl will also be in Jerez, in those days, with 'his' bike. It could be an opportunity to see it up close, waiting to get on it again a few days later.

If he were to decide for this warm-up session, we would see two great protagonists of the world championship of the pre-Mir era on the same track, the championship of the young guns who today, on the eve of the king's return, are awaiting him bellicose on neutral ground: a track on which Marquez has never crossed the finish line first.