In 1999 there was not enough space for me to talk about motorcycles and above all about Grand Prix racing, despite writing for a major newspaper, so when the Internet was still in its infancy in Italy, I founded GPOne.com. A passion, a hobby.

I dedicated all my free time to it, until it took the rest, but my passion has always been speed. It’s my pleasure to practice or write about it, to make others participate in the emotion and pass it on to readers. GPOne.com took shape from this idea, whose corollary is the presence in the places where emotion is generated: the circuits and roads around the world which are, respectively, the playground and the daily life of our two-wheeled life. .

Years ago, while I was teaching a journalism course in Turin, I met a young student, Matteo Aglio. Then it happened that in those days I lost my driving license (!) and 'Garlic' made his debut in the Grand Prix at Assen with a wildcard. It was 2011. The site had already grown and was running fast, but that meeting gave it a further boost and since then there have been the two of us at the GP races.

Now, after more than 20 uninterrupted years of solo racing, GPOne.com has earned the esteem of the strongest team in the world, Motorsport Network, and together we have discovered that it feels good to be in the same box.

A synergy that will help us grow and a collaboration that will bring even better content for our users. Who are friends, fans, and thanks to the social members of a community of more than 600,000 followers.

So now the new goal will be to combine the journalistic excellence of GPOne.com, Italy’s leading and benchmark site on motorcycling, with product and market content created by OmniMoto.it, the second Italian YouTube channel for two wheels.

In the short term, in fact, OmniMoto.it will be integrated into GPOne.com, but will continue to live within the site focusing on motorcycle product thanks to in-depth analysis, product tests, video productions and new branded content that will enrich the commercial offer, managed exclusively by the Edimotive agency.

The two editorial offices already work as a single team. The synergy will also involve the Motorsport.com Italia site, headed by Franco Nugnes, who, in addition to being its Director, is an old friend, since we both worked under the direction of the great and inimitable Marcello Sabbatini. A true mentor.

Together with Franco we will create new opportunities for contact, insights and exclusive contents distributed in the respective magazines. AND WE EXPLAIN IT IN A VIDEO HERE. But that's not all, because we will have a great team in the pits: you can't win without the right men in the pitlane. So I thank in advance Andrea Farina, who leaves the helm of Omnimoto.it to me and Matteo, and Federico Marongiu, Edimotive Sales Director, the 'engineer'.

Federico explained to me that together “we exceed 11 million sessions per month of users who are passionate about cars, motorcycles and motor racing and 23 million page views. Our 2 million subscribers on the main social platforms guarantee us wide reach and high engagement to guarantee the quality work of our editorial teams ".

You know what these technicians are like. They speak with numbers, but it is then these that make the bike go fast. As we know, however, in our sport the riders and drivers still count, and a lot.

Those that make you experience the thrill of live races, on the spot, alongside the protagonists. Always in Q2.

And the fast lap is always the next one. 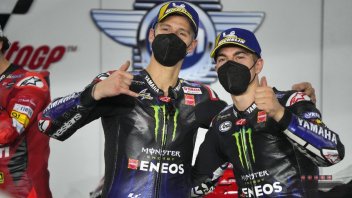 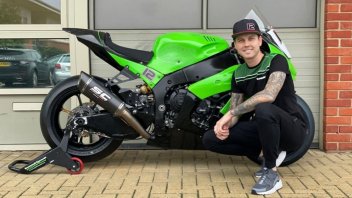 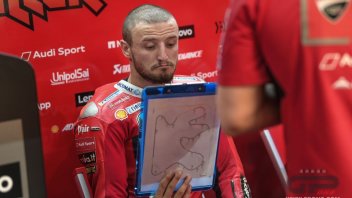 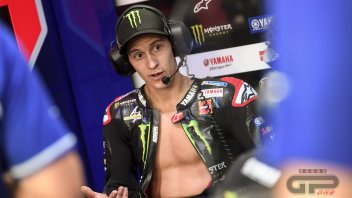