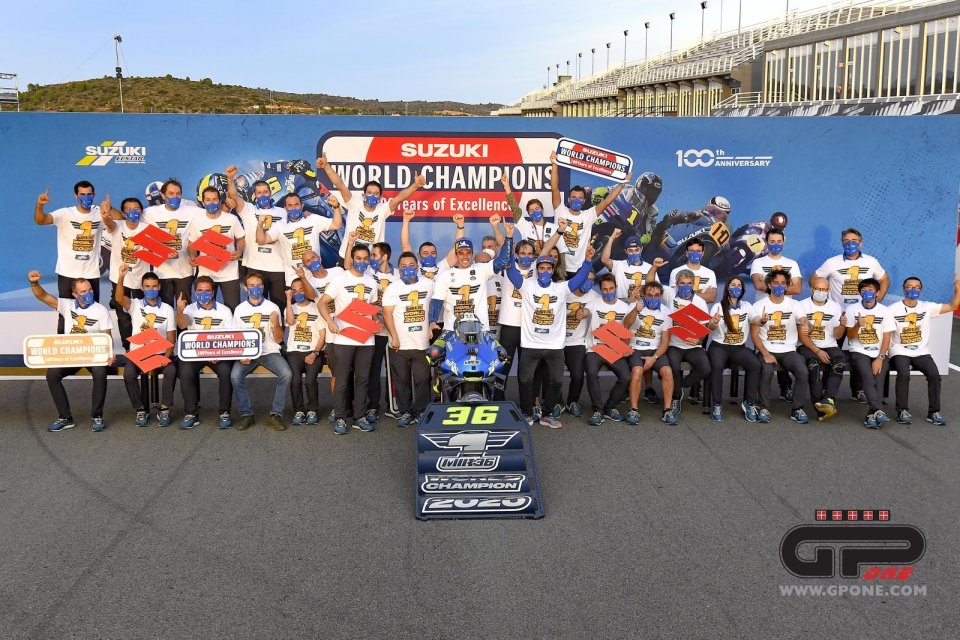 Now that Joan Mir has clinched the MotoGP World Championship one week earlier than the season finale at Portimao, some considerations can be made about this strange championship characterized by the absence of Marc Marquez and the pandemic.

When it started at Jerez, after the incident involving the reigning world champion, we immediately said it was going to be a 'strange' series, without its benchmark rider.

We thought at that moment, that Vinales and Dovizioso, perhaps with the best rookie of 2019, Fabio Quartararo, would have battled it out every Sunday, with the inclusion of some outsiders and that in the end, the success of the eventual winner would have been conditioned by the absence of 'Magic Marc'. 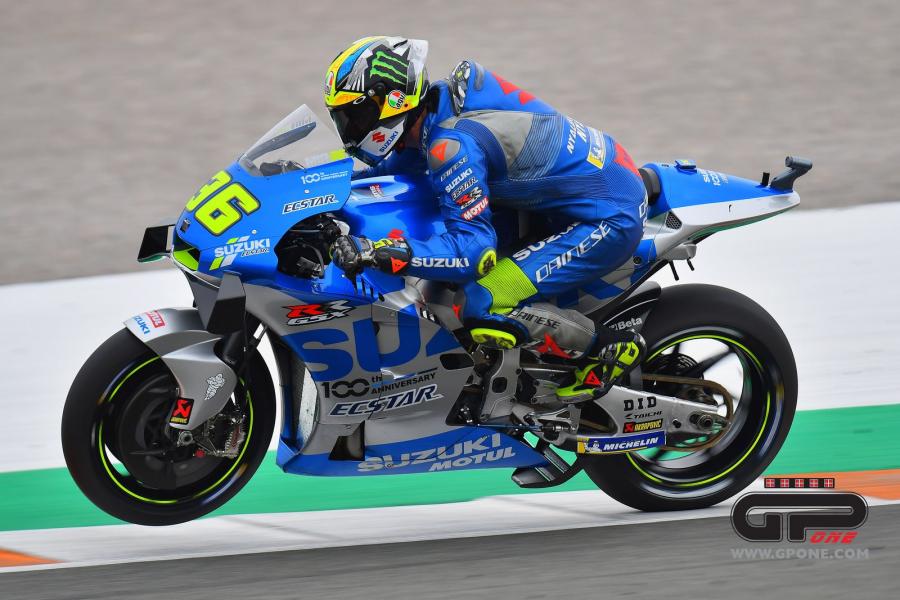 With Mir, this year the rider who made the fewest mistakes, the best man won: he deserved it

We have not changed our opinion, because the best man won, which in this case was he who made the fewest mistakes, or the one who had the fewest ups and downs, thanks to a motorcycle – the Suzuki – which was in its element virtually everywhere (even with the Michelins), but without actually dominating.

Joan Mir is still a legitimate world champion, even with only one success to his name because even after taking away the victory he missed out on at the Red Bull Ring due to the red flag, he still picked up 7 podiums. More than anyone else. If he improves even further, and Suzuki with him, he will for sure have to be taken into consideration for 2021. Just like Rins who started the year not in perfect physical condition, but thanks to a great final part of the year, he will now fight for second place overall in Portimao with Morbidelli. 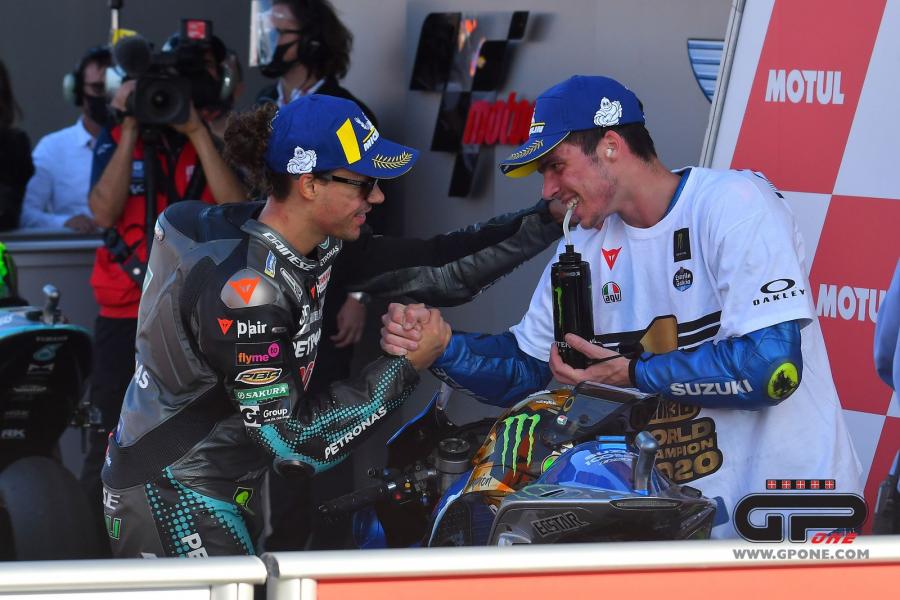 Yamaha the big loser of 2020, more than Ducati: 7 GPs won, 10 podiums and lots of criticism

Morbidelli and Quartararo won more than Mir, 3 wins each, but while Morbido had only one drop in form, 15th place in the Styrian GP, ​​Fabio, after taking away the crashes (under pressure?), struggled too much in some Grands Prix, such as in Styria and Valencia 1.

Vinales was also not consistent, only one success and just three overall podiums and too many inexcusable races. A situation that led Yamaha to conquer a total of 7 wins and 10 podiums, but at the end of the year the big loser of 2020. Not counting the embarrassing 'valve affair’, which however left a big question mark on sporting justice in MotoGP.

On this matter, we were spectators of an unclear situation, starting with the delay with which the FIM, or whoever for it – it’s no longer clear - communicated this grave incorrectness. As if, before making it public, the FIM had consulted all the parties involved to somehow save the face of the championship and above all the TV show. Inexcusable.

A word that we are unfortunately also forced to use for Ducati-Dovizioso who after deluding for three consecutive seasons is still, for the moment, still the best pairing on the red bikes in the world championship standings - in 6th place - but with only one victory and a podium to its name. 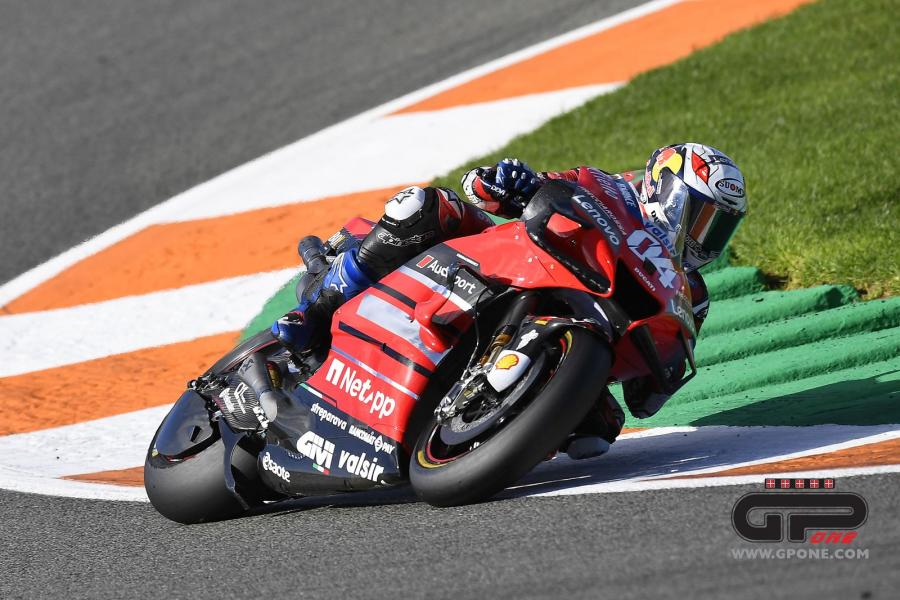 Dovizioso's collapse is inexplicable, one victory but often behind his brand mates

So, after the six victories in 2017, the 4 in 2018 and the two of last season, we have moved on to one. An incomprehensible descent that cannot only be explained by problems of adaptation to the tyres. Because in this case it would mean that the race conducted today in Valencia by Jack Miller is inexplicable. Moreover, Dovi, usually a fantastic calculator, this year has only one zero to his name (not his fault), while Jackass even has four.

The Australian finished behind Andrea in Jerez 1, ahead at Brno, on the podium of the Red Bull Ring together with the victorious Dovi. In Styria he finished 2nd with the man from Forlì 5th, at Misano they arrived one behind the other, 6th the Italian, 7th Jack. And in the last four Grands Prix, despite a zero, they finished with 37 points to 28 in favour of Miller.

This year the Ducati needed to be ‘ridden above the problems’: Miller succeeded at times

The impression, from the outside, is that Andrea Dovizioso became far too influenced by the contractual situation, forgetting to give 110%, which now everyone does. And then, of course, using a phrase invented by the great Wayne Rainey, he was unwilling to 'ride above the problems'.

Too bad for Ducati, too bad for him. Even the decision made in Austria to bring an end to his history with the Borgo Panigale manufacturer, without having first secured a ride for 2021 is incomprehensible. It is difficult this year without having experienced the paddock to say how much of the responsibility was his and how much of his manager, Simone Battistella. Even though it must be said that usually the final word always belongs to the rider.

But maybe it is also possible that Dovizioso had, like his former teammate Cal Crutchlow, exhausted his competitive charge after facing up to a beast like Marc Marquez in front of him for three years, capable of beating him, and we’re talking about 2017, with a motorcycle clearly inferior like the GP17.

The rest, as we often say, was the sub-highlight of this long championship which was held in a compressed and wrong way. Binder, Petrucci, Olivera and Rins also won, but for one reason or another, Alex aside, they had no influence on the outcome of the championship.

Aprilia was admirable with Iannone, but we would have expected it to be present in the legal dispute

There are still some considerations to be made, as well as the obligatory ones regarding Suzuki’s growth. If possible, KTM even did a better job. The Austrians showed that they know how to exploit both the concessions and the test team led by Dani Pedrosa. Something that Aprilia, however, was unable to do, irrespective of the Iannone affair. 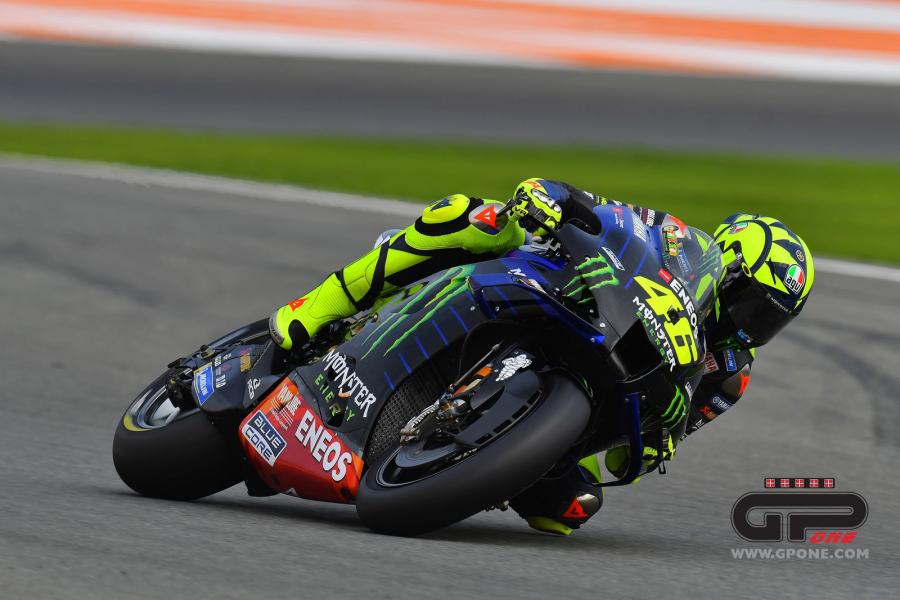 Still on this matter: the Venetian manufacturer was magnificent in its support for Andrea but it sinned in two important aspects, in our opinion: even if it was a private matter we would have expected an active presence in the legal dispute. After all, the interests at stake were also the manufacturer’s. Instead Andrea Iannone managed everything on his own, from communication to his defence. Aprilia should have made its voice heard, and its weight. I know that Massimo Rivola, perhaps, will not agree with this thought of ours, moreover, expressed several times, but inertia never pays off. And the lack of a plan B, and even C and D, also proves this.