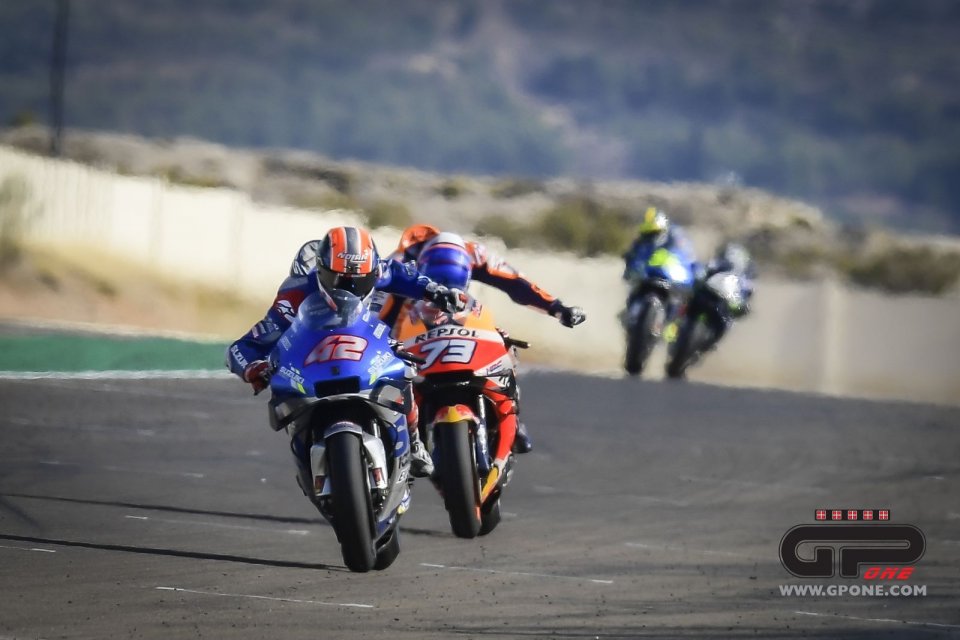 The world championship that nobody wants to win goes on ... and we are not impressed. But let's be clear about this: the Grands Prix are fun and hard-fought and even the last one, at Aragon, wasn't bad at all. The win by Alex Rins, the long chase by Alex Marquez and the awesome, solid race by Joan Mir who is the most consistent of the riders on the grid as he has picked up 5 podiums in the last seven races, more than anyone else, have given us a Grand Prix that lives up to the norm in terms of spectacle.

The fact – but it would be better to say the strange thing – that Mir is in the lead of the world championship, the only man who is yet to win a Grand Prix, says it all: it is not a 'Clash of the Titans'...

And the fact that Suzuki has returned to head the world championship table 20 years after Kenny Roberts Jr., gives us great pleasure, but if you remember well, that was also a strange season: then the unusual factor was the high number of wet races, not a compressed season and on a few circuits, with a lot of 'double' Grands Prix, like the one now.

As always The Winner Takes All, and as always it will be a question of points, or rather accumulating points, but for all of us who are also looking at other things, numbers are not everything. They never will be.

Having said that, the eighth winner in 10 races should be rightly acclaimed: not a lot of people know this, but Alex Rins is a local: a few kilometres from Aragon is the house of his grandparents, Valdeargolfa, in the province of Teruel and Alex owns a petrol station close to the circuit, a very nice facility because instead of pavements it has curbs. It is an automated station and we have often stopped there to refuel. 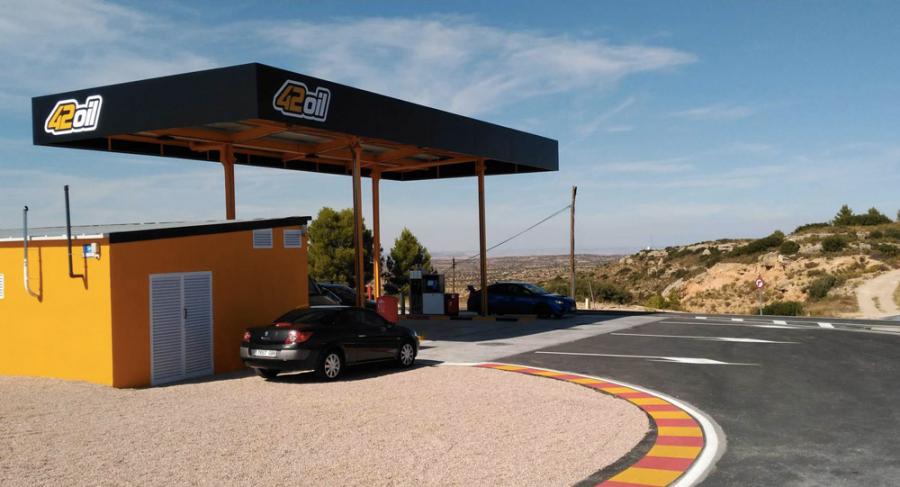 What is incomprehensible to us in this championship, and in all honesty does not drive us crazy with enthusiasm, is the fact that who finishes where is totally unpredictable.

We are not talking about the fourth place by Maverick Vinales, who has always been a bit of an up-and-down rider, but to the total lack of stability in the performances of some of the protagonists. First of all Fabio Quartararo, who this year is the rider who has won the most - three Grands Prix - but also the one who is suffering the most from the problem.

At Aragon, after 4 laps in second place, Fabio began to drop down in the standings until he disappeared from the radar. His descent into the underworld was swift and the justification - incorrect tyre pressure - does not entirely convince us.

It might well be the case, but what was the cause? A human error is always possible, but if it had been a choice dictated by temperatures, and therefore something reasoned, there are two different cases: either his team cocked up big-time or the Michelins have a criticality in their temperature range that goes beyond human understanding.

In short, Fabio Quartararo - 10 pole positions in MotoGP to his credit – simply cannot amaze everyone on Saturday and then disappear on Sunday. It is utterly absurd and also definitely a bad thing for the show because the beauty of Grand Prix racing is ​​seeing all the protagonists in Full Metal Jacket.

This year, however, there have been a lot of winners not because there is a 'Clash of the Titans' but because some of the protagonists simply evaporate leaving the top slots free.

This is why we believe that in the end the most accredited rider for the final victory is always Dovizioso. He is the most consistent, constantly slow but always there and when the points average of the current leader Joan Mir is 12.1 points at the Grand Prix, even Dovi's 10.6 is a good result.

With four Grands Prix still to go before the end and the top four - Mir, Quartararo, Vinales and Dovizioso - separated by just 15 points, and 100 still at stake truly anyone can win. Even Takaaki Nakagami himself who is 29 points down but who is the only one left of the riders in the top category not to have had even one setback. Not even a no-score. Taka has even done better than Dovi on four occasions. A few points collected every time and as a best result of fourth place in Jerez 2.

121 points, therefore for Joan Mir after 10 races. Marc Marquez last year with the same number of GPs, to be precise at Brno, had already scored 210, including a DNF zero in the Austin standings.

The previous year, with two zeros, Marc was at 181 and in 2017, again with two setbacks and two Grands Prix off the podium, the points were 154.

Back then, but there were still 8 GPs left, Dovizioso was in third position behind Vinales at -21.

The Ducati rider finished the world championship that year at -37, winning 4 races in the final part with five podiums, while Marquez only scored 3 wins and six podiums overall, but with another zero.

That's why 2017 was certainly a wasted opportunity for Ducati, but this year too, no joke about it. The difference is that then we were left with bated breath, today there is just curiosity, but the same as when you reveal a card or roll the ball in roulette.

Ability (in this case speed) does not matter: the final result, the win, depends on luck and intelligence. Which in this case, of course, is given by the ability to stay at the table until the end without making too many mistakes. This is why Dovi got so agitated due to the misunderstanding with Petrucci in Q1. It had made him lose a crumb. You (we) like it or not, this is also a gift.

Joan Mir: "If you're not focused, it's better not to put your...