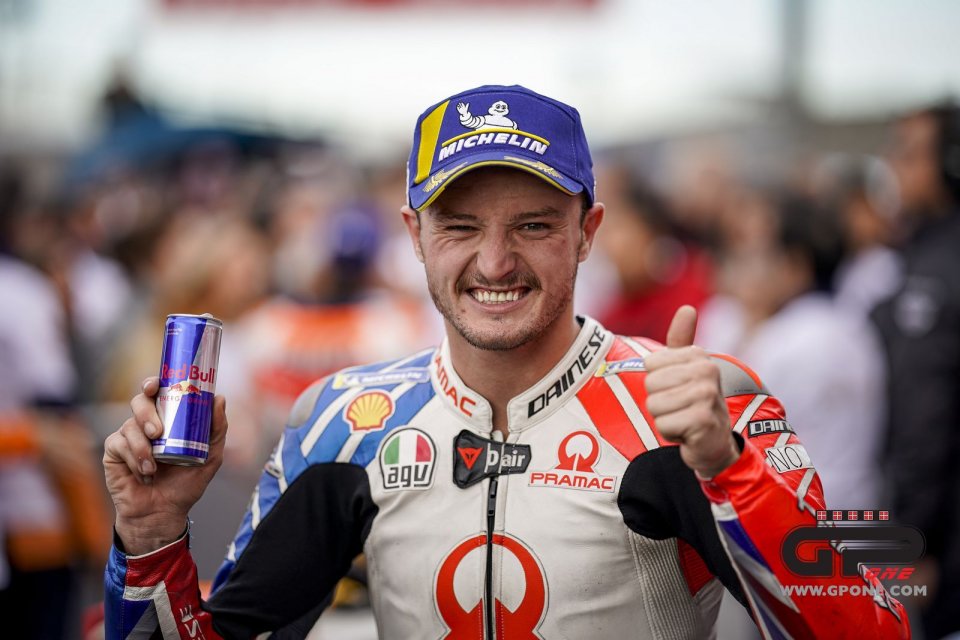 This morning I woke up and, strange to say, I remembered perfectly my dream. I dreamed I was Paolo Ciabatti!

Or rather, it was me, I knew it was me, but for some strange reason I had the voice and appearance of Paolo Ciabatti.

Thanks to this, I managed to get into Ducati with only a nod of greeting from the security guard who let me in at the entrance of Via Cavalieri Ducati and left me to park in the place assigned to me.

After leaving my corporate Audi Q7 - inside me, I knew I preferred only rear-wheel drive cars from BMW, but these Ingolstadt cars also had a certain je ne sais quoi - in its parking spot, alongside Claudio Domenicali's RS6 rocketship, I reminded myself to get promoted a notch to see if they were at the same level as an M4 or an M5 ... but I had little time to heal because I knew that a meeting with Claudio and the other top management of the Group was waiting for me: Gigi Dall'Igna, Francesco Rapisarda, Davide Tardozzi and some other engineers.

So I went in and everyone was already there waiting for me. You can imagine my embarrassment: I knew I was Paolo Scalera, but they saw me as Paolo Ciabatti and incredibly I had in mind what I was going to do. After all, with all due respect for my namesake and the rest of the gang, I have been following motorcycling for 40 years. I started with a Corsarino ZZ50, then I switched to a twin-cylinder Honda 125 (with relative breakdown of the bench), so at 17 years old – yeah, I know that I couldn’t ride it yet - to a beautiful Ducati 350 Desmo 'silver bullet'. From there a few races in the production-based series and then the beautiful 750 SS ... how many days spent in the racing department with Franco Farnè to pick up advice and trips to the nearby Via Signorini in the legendary workshop of Nipoti and Caracchi, the legendary NCR!

So I knew from that meeting that no one would be sending rockets to the moon, but simply taking stock of the rider market…

"Paolo, did you see what Scalera wrote on GPOne?!", Davide Tardozzi immediately said to me as soon as I closed the door.

My expression must have been of the type: "Yes, oh well, what's wrong?", But I didn't say a word. And he went on…

“The news is all over the place, as always".

Luckily, Gigi stepped in and after smoothing out his goatee, added.

“The rumours are spreading. Managers talk to each other. It was a logical deduction. "

At that point I sat down, and we started talking about the future of Ducati, which has five good, indeed excellent, riders in the team: Dovizioso, Petrucci, Miller, Bagnaia and Zarco. And I forgot I was Paolo Ciabatti ... that is, how to look like Paolo Ciabatti, and I spoke like Paolo Scalera. But luckily with Paolo's Turin accent and not with a strong Roman one like mine.

“My opinion is that we must secure one of the two drivers as soon as possible. First, I will speak about the second rider, and judging by what he has shown so far and his age I would tend to go with Jack ".

“Of course it is not a foregone conclusion that Miller will sign, but basically, where better could he go?” I looked around; everyone was nodding so I continued. “If Jack were to say yes, I would propose to Danilo to flank Scott Redding in Superbike. We haven’t asked him yet, but I think he could fight for the world title there. So when that matter is sorted, I would continue to speak with Battistella to convince him of an incontrovertible fact: when Dovizioso joined Ducati in 2013 he had a good contract, but he earned nothing with prize-money, obviously. Then gradually, with the increase in our and his performance, it has rightly increased. This is the eighth season we have been together. Had there not been this coronavirus disaster we wouldn’t be here discussing his retainer too much, but the economic situation has changed in just two months, and we will not fully recover in 2021; we will have to make him understand that what he earns must be spread over the years and that we will have to revise the budget situation downwards ".

"It’s not only us that will be forced to do it, everyone will have to!" Claudio stressed.

Well, of course: without Hospitality, VIP Village, spectators on the circuits, a decline is inevitable, even sponsorship. You don't need to be Ciabatti or Domenicali to understand that. Just Scalera. At this point I was listening to what the others thought, but already I could hear the voice of my conscience that was tearing me from the arms of Morpheus and while this was happening, as in the case of the strange story of Dr. Jekyll and Mr. Hyde, I understood that I had to get away quickly from that room, so as not to risk finding myself with my true appearance, that of the meddling journalist!

So I mumbled something about an urgent appointment, and I assumed the attitude of someone who had to be absent for a moment, but not before listening to the rest of the subject.

"Then I would say that we should sort things out before the start of the world championship, assuming it is July 19 in Jerez, with Jack. And then continue the discussions with Dovizioso, who remains our top priority. If we don’t manage to get things done before the Spanish GP, well then, we'll wait. Bagnaia could start off well, but also Petrucci or Zarco! In short, what do we risk in the end? KTM’s Beirer said he would like to keep his current foursome... who else is on the market? Ah, Iannone, yes but Andrea is with Aprilia ... Petrucci may also be interested in Aprilia. Yes, sure, but only if Iannone was unable to race. And who else is there? (voice-over, I could not recognize it: Lorenzo). Jorge? Do me a favour!!! So let's do it, let's sign up the Australian and see what Dovi and Battistella say to us: they should understand. I hope they understand. They'll understand. We are the ones who are risking, but they a bit more than us. "

In fact I did not really understand the last sentence of the discussion. I was already outside, and I was closing the door. I walked down the corridor with my head down, fearing that someone would recognize me, then I ran down the stairs and went to the parking lot in front. What a surprise! Instead of my Audi Q7 there was an M4 CP Tanzanite. It was then that I realized that my transformation was complete, but luckily at that moment the barrier went up to let another visitor in and so, in true Roman style, I vanished.

At this point I woke up. If this is happens again, I will have to see a psychologist. A good one, though. I started to think. Then who knows why but a stupid idea came to mind: now that GPOne is also following the automobile sector, why don't we test the Audi RS6 with Domenicali?

“The Formula 1 is a bigger organization. Everything happens faster, but the riders have the same attitude. Alonso returned here because he’s hungry...
20 hours 42 min ago