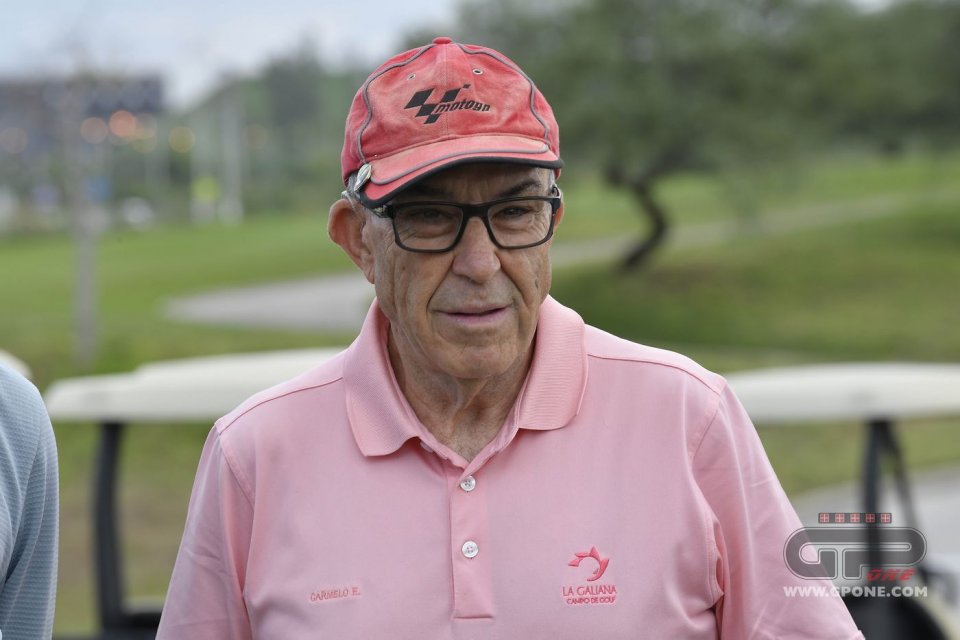 The top-level discussions that F1 has been involved in for days behind the scenes gave rise yesterday to the decision to postpone the introduction of the new technical regulations for one year - from 2021 to 2022.

These, also thanks to the introduction of the 18" wheels, would have forced the teams to completely redesign their cars.

The decision, introduced by Chase Carey of Liberty Media, the company that manages the premier category of motor sport, has gone even further by allowing the use in 2021 of chassis and other parts of the car, in order to further reduce costs.

Ezpeleta talks to the manufacturers to freeze development

Today we can tell you that in these days Carmelo Ezpeleta, in agreement with the manufacturers, is carrying out something similar in silence. An agreement that provides for a freeze on aerodynamics and perhaps engine development starting immediately, in order to reduce the costs of a championship which, inevitably, is suffering huge economic losses because of the Covid-19 emergency.

Motorcycle racing, like car racing, is not essential in this calamitous moment, but considerable economic business revolves around the sport which, if completely stopped and not managed, will cause damage not only to the economy, a term widely used these days, but to the people and families who work in the sector. And we're talking about thousands of people on the ground, and tens of thousands more at home in the industries involved.

Dorna's aim is to reduce the economic losses

Finally, it can even lead to the closure of some teams. Something that the championship organizer obviously wants to avoid.

Of course, MotoGP is at the centre of Ezpeleta's discussions with the manufacturers, but it must be considered that it is thanks to the premier class if the other categories can race at all.

In fact, it is the TV rights and all the sponsorship deals that revolve around the sport that creates the economic supply chain from which Moto2 and Moto3 also benefit.

The discussions these days mainly revolve around an agreement thanks to which development can be frozen. Until when, at this point in time, it is not known exactly, but it is clear that an extension of the championship to the end of 2020, if not until January 2021, would lead to a reduction in time for research.

The possibility of using some of the 2020 components instead in 2021 would also have the effect of reducing the costs of leasing to satellite teams. And since they receive a 'bonus' from Dorna, this would result in savings that would somehow give relief to the losses that are occurring right now.

Indeed, it is clear that Dorna, which 'governs' MotoGP, will have to deal with a contraction in earnings, while at the same time costs will increase. Exactly what is happening with governments affected by the pandemic.

Once the technical problem has been resolved, Ezpeleta will also have to bravely deal with the situation of the calendar. Jorge Viegas, President of the FIM, revealed that the FIM-Dorna contract is based on a minimum of 13 Grands Prix, but yesterday Gigi Dall'Igna, interviewed on the subject, said that in the face of exceptional situations, everything can be revised using common sense.

The world championship heads towards a reduction of the 2020 calendar

The designer of the Desmosedici admitted that he would be happy with 10 races in 2020 and if this might not seem much, we want to remind you that for the FIA, for Formula 1, that’s the rule for the world championship - with eight Grands Prix, as long as they are held in three continents!

But why are we so concerned with motorcycle racing and car racing right now?

Sport is a fundamental element of human culture: competition with rules

The reason is simple: sport is a fundamental element of human culture. It can be said that it is thanks to sport that you learn to live and to respect the rules, and there is no point in reminding you that the Olympics were created as a moment of aggregation and peace that also stopped wars.

To make sport survive is therefore a necessity for our society which, through the various disciplines, transforms aggression into fair competition, a comparison between men, peoples and nations.

However, we must be prepared for the possibility that in this tragic moment sport will step aside, as well as its actors.

And if we think of the motorcyclists who were ready to race, at the peak of their form, let's not forget that there are young men and women who have been preparing for years to take part in the Tokyo Olympics, which are scheduled to take place from 24 July to 9 August, and which at the moment are far from certain.

The XXXII Olympics Games in Tokyo are also at risk

The XXXII Olympics games may also be called off, and in this case some of the participants may see their efforts frustrated. We think of athletes like Federica Pellegrini: at the end of the Olympic Games she would be 32 years old but if they are called off, they might not have the chance to participate in the next ones.

It’s a dilemma that also concerns Valentino Rossi who, before deciding whether to continue or not, wanted to do four or five races.

Resize to start again: a decision that will need common sense

In a few days, we are sure, there will be an announcement that will concern the immediate future of MotoGP. It will necessarily be a compromise that will need the agreement of all the manufacturers - i.e. the MSMA - because, as in the case of F1, somebody will have an advantage, because they are already competitive. With the extra complication of two manufacturers - Aprilia and KTM - which currently are not obliged to freeze their engines and therefore will evaluate the proposal very carefully.

As Dall'Igna said yesterday, it is a question of making common sense prevail.