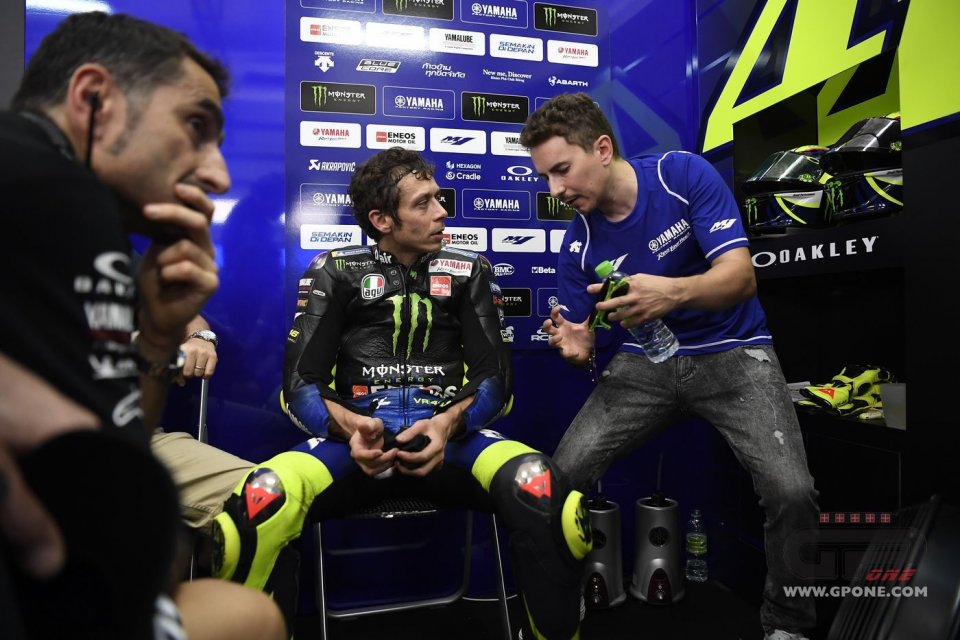 At least ten years have passed since Valentino Rossi, in an interview at Mugello, told us that his biggest dream was to retire unbeaten.

Very few champions of this sport have succeeded, and the reason is simple: when you are at the top of the food chain you are always hungry and stopping is difficult.

Nevertheless, this year Valentino could succeed; but not because we believe he can win his 10th title, even if the saying 'never say never' applies to him.

Rather because we think that 2020 is the ideal year for one final roar. A season at the end of which, simply by fighting, the man from Pesaro could abandon the scene with his head held high as one of the greatest ever.

After all, not even Giacomo Agostini, or before him Mike Hailwood, or after him Kenny Roberts, Freddie Spencer, Eddie Lawson or Mick Doohan retired undefeated. But all of them remained in the collective imagination as great champions.

It’s not necessary to win a last title to abandon the scene, just show that you want to fight. Even against the advancing age, even with lower means as it was with Awesome Lawson who on entering the press room, after his unexpected victory with the Cagiva 500 in Hungary on July 12, 1992, uttered a phrase that finally demonstrated all the irony in him which had never been recognized: "But what am I still doing here?".

Rossi's career is full of withering comments, so after following him during these winter tests we think he’s going to provide us with some fun this year. After continually putting off the inevitable, in fact, we think that this year he is ready: either to retire at the end of 2020 or to embark on a 2021 season – he will never stick his neck out for more than one season - after taking one step to the side.

And this wouldn’t be anything new: Luca Cadalora, Walter Villa and many others did so in the past, carrying on - perhaps even without results – just for the sake of riding. And racing.

They were criticized when the results no longer came, but if they thought that waiting on a starting grid on a motorbike for the lights to go off, was the last pleasure on earth, then who can blame them?

Did you see the photo by Gigi Soldano, with Rossi in his leathers, in his garage with Lorenzo at his side describing a corner entry? Well in our opinion it is the symbolic image not only of this test, but of the whole season that is about to begin.

It symbolizes passion, and the desire to compete. Rossi appears tired and tried; Matteo Flamigni, his data analyst, on the left of the image, is thoughtful and gazing into space, while Lorenzo is busy explaining who knows what to the man from Pesaro.

But do you realize what you are looking at? Jorge explaining to Vale how to ride who knows where on the circuit. An image that for some reason makes us think of the dialogues between F. Scott Fitzgerald and Ernest Hemingway, two literary geniuses, each taken from their ghosts explaining to the other how to live a difficult phase in life.

“His talent was as natural as the pattern that was made by the dust on a butterfly's wings – wrote Hemingway about his friend - At one time he understood it no more than the butterfly did and he did not know when it was brushed or marred. Later he became conscious of his damaged wings and of their construction and he learned to think and could not fly anymore because the love of flight was gone, and he could only remember when it had been effortless.”

We think that this sentence – beautiful, delicate and poignant – can be applied to Valentino Rossi's last flight in the world championship.

A Valentino who for the first time admitted how difficult it was for him to wear the leathers today.

"Coming to the races is a lot of stress and when you are Valentino Rossi it is a pain from Thursday until Sunday (...) it would be nice to go fast and stop".

Irrespective of how things go, whether this or the next one is his farewell year, no matter what he decides, none of us will ever forget his wings. And how he could fly…