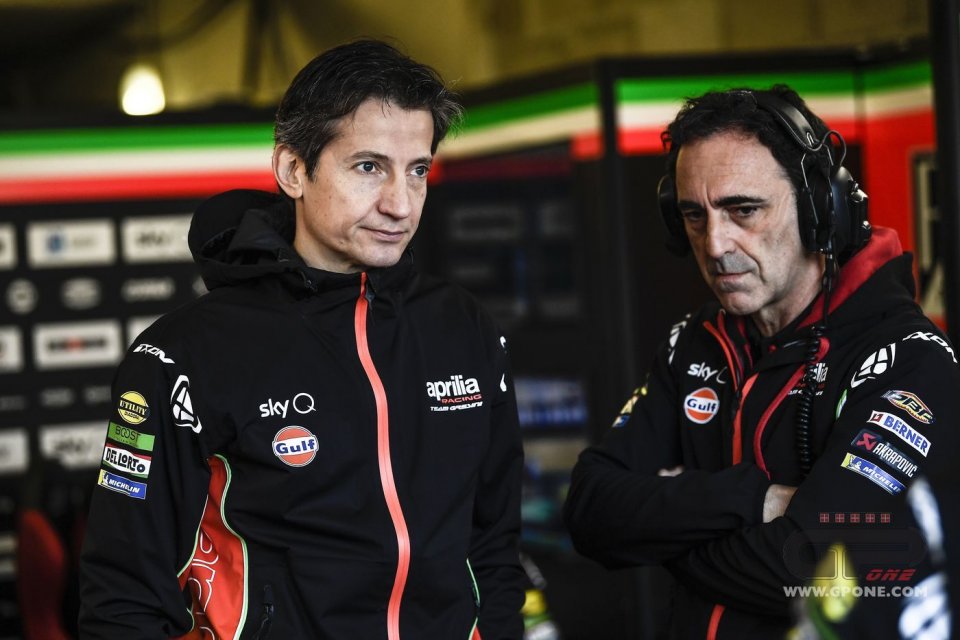 With the predictable confirmation that Andrea Iannone’s second urine sample also proved to be positive, the doping affair now enters the second phase, following the FIM communication sent to the Aprilia rider for testing positive for Drostanolone on 17 December.

At this point, however, the paths of the rider from Vasto and Aprilia go in different directions. While on the one hand Aprilia CEO Massimo Rivola has expressed solidarity for his rider, on the other he is now forced to activate a plan B to take account of the worst possible scenario: suspension or even a ban for Iannone that prevents him from taking part in testing or, even worse, all or some of the world championship.

The first option would certainly be a problem, given the fact that Andrea is seen as being the driving force behind the project even if on the track his performances have been inferior to teammate, Aleix Espargaro.

The fact is however that this is a minor problem, which can be solved simply by calling on test-rider Bradley Smith for the tests that begin on 2 February in Sepang.

The second option, a ban for the rider, is on the other hand, a much bigger fish to fry: it’s a question of deciding whether to 'promote' Smith to Iannone’s place, and search for a replacement for the test team – who might already have been identified – or find another rider. Karel Abraham, the only man currently available, has put himself forward as candidate, but right now the market options are pretty limited.

And yet this is the difficult task faced by Massimo Rivola, given that it usually takes ages for matters to be resolved in cases of doping. Plan B, therefore, must be found today, not tomorrow.

Aprilia can’t afford to wait for the elements for the defence to be collected by Andrea Iannone's lawyer, Antonio De Rensis, let alone wait for matters to go before the International Disciplinary Court, which must issue a first sentence within 45 days, inevitably followed by an appeal to the Court of Arbitration for Sport in Lausanne. He has to decide NOW.

The Veneto manufacturer has done its part in being protective towards its rider, and it could not have been otherwise, but at this point Rivola isn’t left with many cards to play. And he must show his hand, because he can’t wait for Andrea to show his.

Especially in consideration of the technical and economic efforts which engineer Romano Albesiano is currently making.

The risk, given that results haven’t been forthcoming for a number of years now, is that the house of cards comes tumbling down. And Roberto Colaninno's patience is probably not endless… 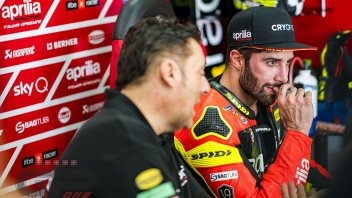 Iannone: "I'm focusing on improving the Aprilia, Espargarò only on... 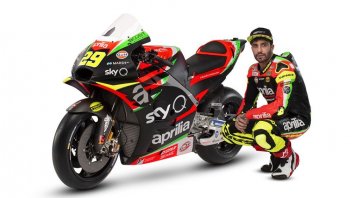 Aprilia unveils the RS-GP 2019 for Iannone and A.Espargarò 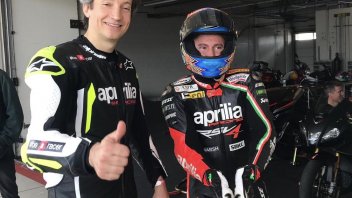 Spaniard, Italian and New Zealander set for induction into the Hall of Fame in 2020 Jorge in Jerez, Maz at Mugello and Hugh later in the year
3 hours 58 min ago

Last week a member of the MotoGP family lost his life.Here are the details of his funeral and a link to a memorial fundraising page in honour of Gary
1 day 22 hours ago

The riders had complained about too many holes: new asphalt for Turns 1, 2, 9, and from 16 to 19, including the return straight.
3 days 2 hours ago