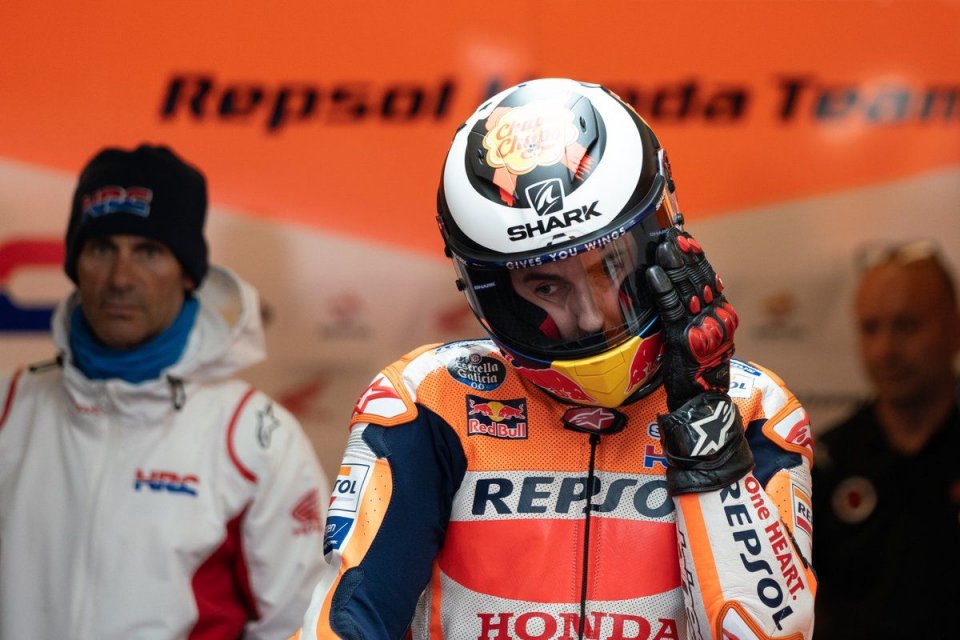 In the age of Internet, a simple phone call to verify an indiscretion you might not believe, could generate a "someone said", which is capable of igniting the web.
We are obviously talking about the expected return of Jorge Lorenzo to Misano, after his controversial appearance at Silverstone, during which the rider from Mallorca didn't go beyond a 14th place, over 56" from the winner, Alex Rins.

A result that Jorge called a victory, considering his physical condition.

The indiscretion of a possible new forfeiture by Lorenzo appeared on a French site, then on an Italian one, but it wasn't followed much there.

This kind of news always feeds curiosity, so it's not surprising that, like a ghost ship, it re-emerged in the Ducati camp in Portimao, during the Superbike.

Since our job is to double-check everything, every piece of information, as much as possible, without taking anything for granted, we made a phone call to Germany to understand from the only source that might know something, Stefan Bradl, and asked if there was any alert in HRC that would prematurely alarm the tester who, until now, has always replaced the rider from Mallorca.

"The last information I had is that Lorenzo will be back on track at Misano ," said the former Moto2 world champion. "I have no information that says the contrary."

The example of Johann Zarco and the KTM

Discarding the information as one of the many hoaxes that you read about could be enough but, actually, Jorge Lorenzo's situation is under a magnifying lens because no one foresaw a season that would be so below everyone's expectations.

Jorge is currently only 19th in the championship, with an 11th place at Le Mans as the best result, but what is more important is that he can't see how he can get back into an acceptable physical condition for the remaining seven Grand Prix races - Misano, Aragon, Buriram, Motegi, Phillip Island, Sepang, and Valencia - to able to allow him to battle it out in the positions that are those of his caliber.

What's more, it's impossible to understand how he can still face a 2020 that - in light of the lack of confidence with the RC212-V tailored to Marc Marquez - appears very difficult.

A situation, in some ways, that is similar to Johann Zarco's, who, at the Red Bull ring, announced that he had terminated his contract that bound him to KTM.

"I can't race for money. I wouldn't sleep at night," declared the French rider.

You have to give him credit, but also the Austrian house that, evidently, preferred to get rid of a fast rider, but one that is not able to interpret the Mattighofen MotoGP.

From this point of view, we think Honda has another philosophy: for the HRC, seeing Lorenzo leave would be tantamount to admitting that his bike cannot be ridden by everyone. One thing that is under the eyes of the world, since only Marquez wins, but setting Lorenzo free would be striking. A bomb on the World Championship. Then imagine leaving him free to try to get on another bike. like Zarco. And maybe win!

Do you remember, again un Austria, Gigi Dall'Igna's brief attempt to bring the sheep back to the fold?

That's why we think the only possible option for Jorge, if he really wanted to free himself, would be to accept a sabbatical year. Moreover,  they'll be talking about contracts for 2021 at the end of this year since, in 2020, virtually all the agreements in force between riders and teams in the MotoGP will expire.

It would be a year like Alain Prost's, who did not race in 1992, after being fired from Ferrari, to then go back to win the World Championship the following year, with the Williams, before retiring for good.

A difficult scenario, which requires a champion with great self-confidence. And why not?