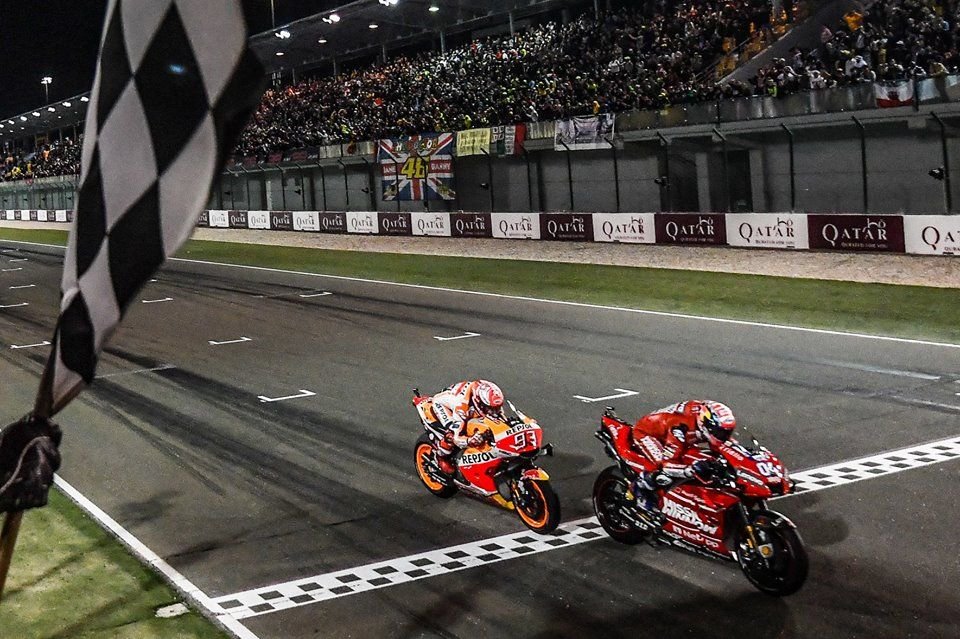 I've always loved American riders. That's why I consider the period beginning in 1978, which lasted ten years, one of the best in competitive motorcycle racing.

Even then, of course, during this period, uncontrolled rumors went around about who would continue, who had left a team to move on to another, but more than anything, the gossip was about summer flings. Not that the riders of that time were less professional than those of today, but the mood was, let's say, less serious.

Of the golden years of the Grand Prix in the Czechoslovak Republic - the two nations were united back then - more than anything, I remember the comings and goings of the Sportscoachs, the great motor homes of the US riders, which didn't add world championship points, but contributed to your popularity in the paddock.

I could compile a ranking of the most "active", but it wouldn't be nice. What I can say is that some unexpected names can be added to the known ones. But that's not what we were talking about. We were talking about gossip in an era when social media didn't exist.

I don't remember who I was talking to at the time about this phenomenon, but his answer was an unequivocal one: "When the flag drops, the bullshit stops".

Obviously referring to the moment when the Grand Prixs start, which is really important for those who go through summer and see it die off in the short year of the championship. It's the checkered flag, and not the chatter, that counts.

I thought about it again today, listening to Valentino and Marc after the press conference when they addressed the two issues that livened up a risky summer. Rossi's retirement, and the world championship won by Marquez.

"I think they're just rumors that take up more time than they're worth. In my opinion, a rider must always remain indifferent to what others say ," the world champion calmly explained, and added, "Valentino has shown that he has the desire and concentration and the drive to continue, and explained why he failed to take advantage of all his potential. He also added that his 2020 will start here on Monday, so...", what are we talking about? He could have finished the sentence. But then he added.

"The important thing is to live in the present, not in the past nor the future. Take my case. Monday will also be important for me for the future, but if I were to fall on Sunday, it would be a big problem for the present!".

Marc Marquez still hasn't won this world championship, and not only because there are still 10 Grand Prixs to finish.

Marquez expressed not only what his thoughts were, but more so the awareness of someone who lives on the edge.

But what is unquestionably true is that the next two Grand Prixs will be the Pillars of Hercules for the Borgo Panigale team. On the two circuits on which it has been unbeatable in recent years, it's not only been called to win but to dominate.

A victory, even two, with Marquez in the wake, wouldn't be enough for Andrea Dovizioso to mend a 58 point tear. It will take more.

The question that Andrea must ask himself at this point is: how much am I willing to risk to snatch the title from Honda that Ducati hasn't held since 2007?

Marquez spoke the truth. Today, it's no longer enough to do your best to win the world championship. You have to really get in the game and accept the rules of an extremely tough fight. For example, Andrea will have to abandon the imaginary square of a traditional ring to move into the MMA octagon. In short, from boxing to "Mixed Martial Arts".

Will he be able to?

This piece is dedicated to Luca Semprini. A true motorcycle and MMA fan. He would have liked this. We would have had a couple of laughs. We all truly miss him. 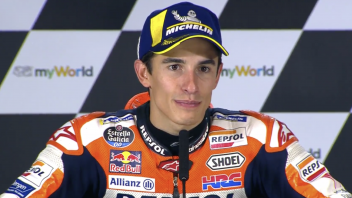 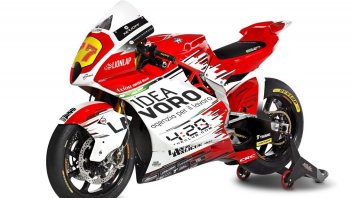 MV Agusta returns to the World Championship after 42 years: Here’s the F2

Financial problems forced him to reach this decision, despite having signed a contract with the Boe Skull Rider team in September.
1 day 1 hour ago

After winning the first instance of the trial brought by the two former custodians of the villa in Tavullia, the outcome has been reversed on appeal
3 days 7 hours ago

Spaniard, Italian and New Zealander set for induction into the Hall of Fame in 2020 Jorge in Jerez, Maz at Mugello and Hugh later in the year
4 days 5 hours ago

Last week a member of the MotoGP family lost his life.Here are the details of his funeral and a link to a memorial fundraising page in honour of Gary
5 days 23 hours ago

The riders had complained about too many holes: new asphalt for Turns 1, 2, 9, and from 16 to 19, including the return straight.
1 week 4 hours ago