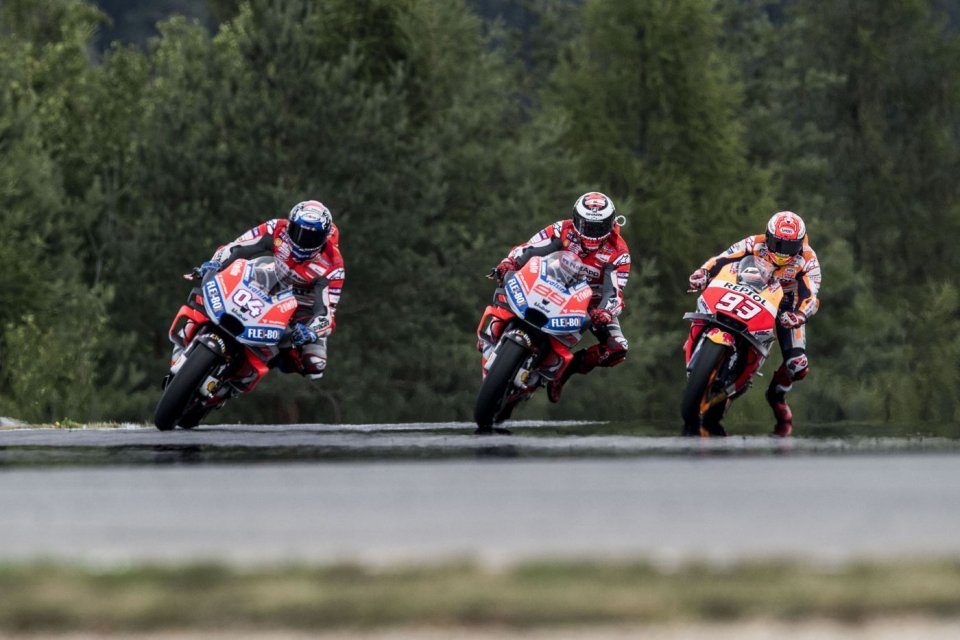 "Two weeks from the reopening of hostilities, destination BRNO, Grand Prix of the Czech Republic.
And also the last circuit on which Ducati won twice last year with Dovizioso and Lorenzo, in the sprint, and Marquez in the wake.

We doubt that the Ducati can repeat itself this year in identical conditions, especially since Marc's advantage in terms of points, -58, is such that he can't allow himself to wait on races.

At the same time, Ducati has a chance, during the next two Grand Prix races - the Red Bull Ring after Brno - to shorten the gap with the Honda champion before racing again at home, in Misano, on September 15th.

If Dovi, with a steady hand - and why not Petrux, too? - will be able to pass this triad through the crown of the needle, maybe the MotoGP could reopen, otherwise, we'll have to regretfully admit that the championship is over and prepare for and participate in a triumphant show that could crown Marc Marquez world champion for the eight time even before the autumn triad.

For his part, Magic Marc won in Aragon, Buriram, Motegi, and Sepang, climbing onto the podium 7 times.

The title is, therefore, still up for grabs, provided that the Ducati heads straight into the eye of the needle, without hesitation, winning three victories that, with a "Little help from my Friends", like the Beatles sang, will help him get closer to the Honda champion.

Friends like Alex Rins, Maverick Vinales, Fabio Quartararo and, why not, the long-awaited Valentino Rossi.

An impetuous ascent that is definitely (technically) possible for the Ducati if Andrea Dovizioso will stop complaining about the technical inferiority of the GP19 and Danilo Petrucci would stop singing a counter melody.

And to think that the 2020 motorcycle market will also depend on this championship finale - a long sprint, using the rider's favorite term.

That's right. Since the very first days of next year, with all the main protagonists of the MotoGP that have expiring contracts, the race towards grabbing the best rider will start soon... very soon.

And among the riders of the teams on the field, at the moment, it's not the Ducati duo that has more of a chance of a contract renewal.
At least, not at the present value.

What would you think if I sang out of tune?
Would you stand up and walk out on me?
Lend me your ears, and I'll sing you a song,
and I'll try not to sing out of key... 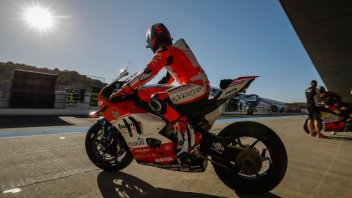 Ducati: after Redding, two other riddles to solve on the market 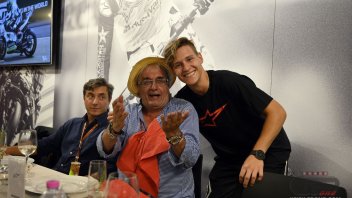 Master of Hospitality with Alpinestars and Prosecco Doc in Austria