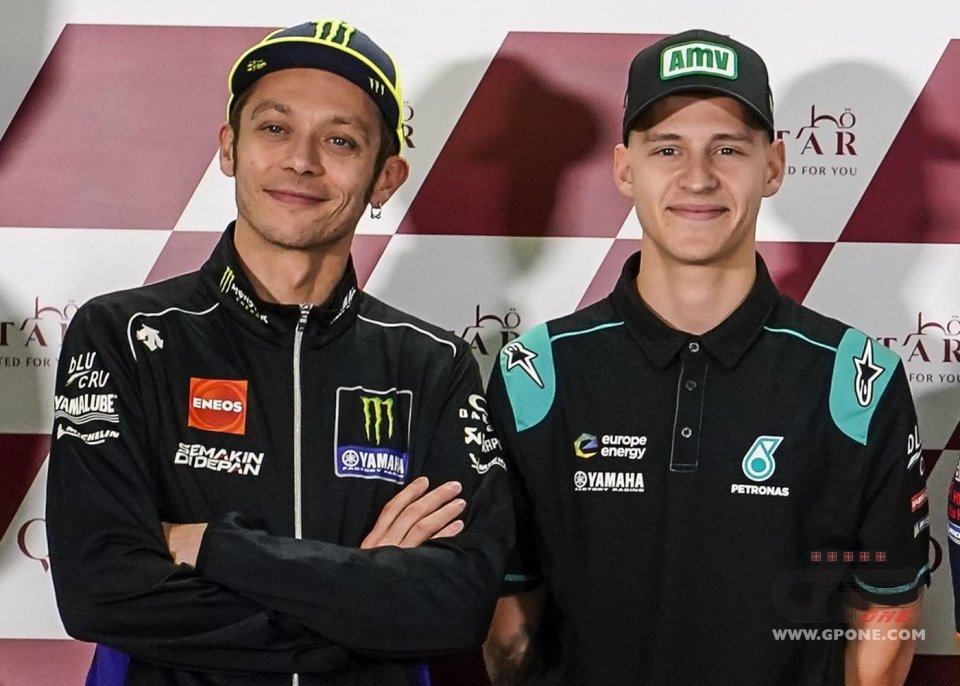 Valentino Rossi in the fifth row with the 14th time, the last Yamaha rider - and that satellite, Fabio Quartararo, in pole - makes you think.In fact, if we erase from our minds that the Phenomenon has been racing continuously since 1996, exactly 23 years, we could think of the return of a great champion after a few sabbatical years. We've had illustrious examples of this in the past, although not in motorcycling. Just think of Schumacher, a champion who's the caliber of Vale. But ours has never stopped, even if his last victory, right here in Assen dates back 734 days ago, on June 25th, 2017.

After his farewell to Ferrari at the end of 2006, Schumi's return in 2010 with Mercedes, 7 world titles in F1 - like Rossi's 7 in MotoGP - was not lucky. In the three years that followed, he managed to get on the podium only once in the European GP of 2012.

Rossi, on the other hand, got on the podium in 2017, victory included, six times: 5 in 2018 and two this year. You can't say that he's rusty, but he might have lost that "magic touch ". Then, of course, he makes all his experience worth it but, in practice, where even a thousandths of a second counts, he has no difficulty in admitting "of losing a few tenths here and there, compared to Vinales, in every corner."

Without knowing why. And this is the focal point of the question. Because if there is no doubt that Ducati and Honda, on average, are more competitive than the Yamaha, it's also indisputable that the younger Quartararo, Vinales and even Morbidelli, in qualifying, manage to get something more out of it than Valentino does.

It's no surprise, after all. With age we become more analytical. We prefer to go into detail to try to get the results with less effort. Actually, this is a two-step process. The first, when you're still relatively young, you optimize your commitment with the experience received, therefore, even managing to improve. In the second phase, however, one simply tries to gain ground within the folds of the performance.

Some results can still arrive during this period, but at the price of a great effort and, in most cases, the champion acknowledges that his time has expired. From then on, every moment is good to announce your retirement.

Honestly, however, we don't think that Valentino is already in the terminal phase of his career, although it's true that the arrival of young riders capable of going strong with his own bike could stress him.

More than anything else, Yamaha is bearing the greatest pressure because it's difficult to resist the sirens of youth. An old love never dies but, if it does, it's replaced by a young love almost all the time.

That's how life is. That's how sports are. Youth represents an irresistible attraction.

The front row of the Dutch Grand Prix, Quartararo-Vinales-Rins, is the youngest in the history of the premier class. The average age is just 22 years and 274 days.