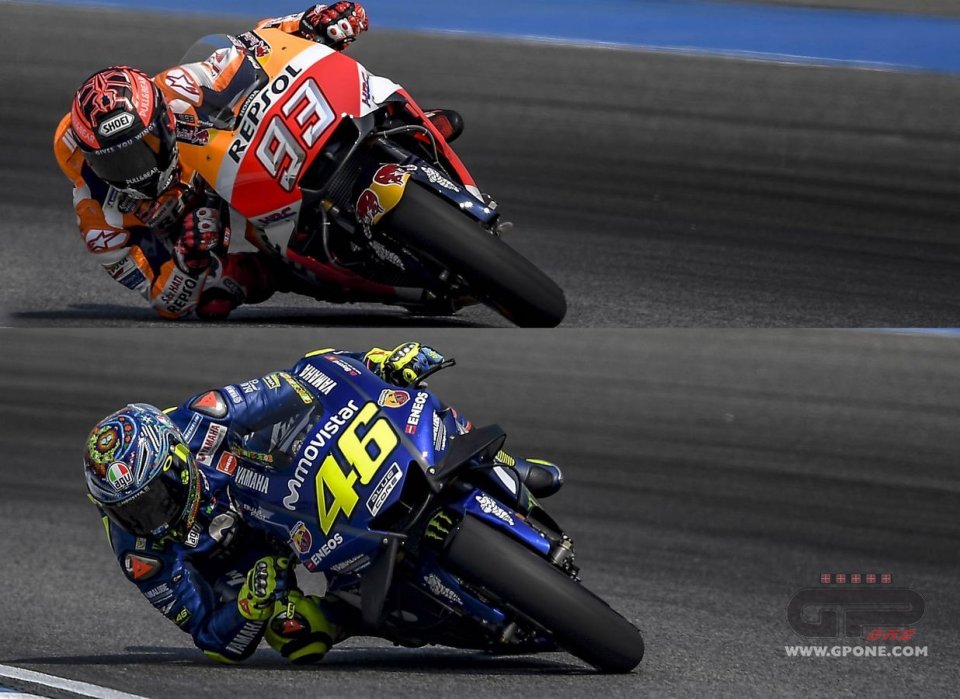 There will be no exciting riders' market this year, we fear.
Maverick Vinales was already confirmed by Yamaha a while ago, during the team's official press launch in fact. Honda has now confirmed Marc Marquez - with a two-year contract of course.

A signing that, though predictable, puts paid to the hopes of those who dreamed of a move (Ducati, KTM?), but who deep down never believed it would happen.
Then there is Team Tech 3 and its split from Yamaha.

With Valentino Rossi, king without a crown, occupying a fixed spot in the Iwata line-up, there was no space for a rider like Johann Zarco. So it was better for Hervé Poncharal to take another path, also financially-speaking, in order to try and keep hold of the talented Frenchman.

Yes, because what can the manufacturers who haven't yet confirmed their riders do now?

Ducati would do well to hold on to both Andrea Dovizioso and Jorge Lorenzo. Deep down Marc's signing helps everyone - the Borgo Panigale manufacturer can reduce its salaries, as the world champion's spot is now taken and the riders themselves, if they want to race to win, so with a competitive bike, don't have many other options.

Of course there is still Suzuki and Aprilia. But aside from the fact that they don't yet have truly competitive bikes, the Hamamatsu and Noale based manufacturers also don't have the funds to attract the top riders.

KTM may well be strengthened, if Tech 3 were to bring them Zarco's talent. Assuming that Poncharal has signed with them. After all, the Mattighofen manufacturer has Red Bull money and the Austrians are stubborn. When they set their minds on winning, they usually do so. Take the Paris-Dakar for example. It's not that Honda isn't trying, but they've been beating their heads against the wall for years.

So if things stay as they are, the market will be far from thrilling. We expect more announcements shortly. Why wait?

Nowadays teams are striking early. Ducati with Francesco Bagnaia, in the hope that he excels in this year's Moto2 and, though not yet a sure thing, Honda with Joan Mir.
There will still be a good market this year, but for the second rider spots, or for teams that are not yet fighting at the sharp end.

Unless Valentino surprises us all with an unpredictable decision.
Because, right now, the only available spot at the top is his.

Marquez: "With Rossi it was like a divorce, there's no possibility of...

After the last two years spent in MotoAmerica, next season Hector Barbera will return to racing in British Superbike with TAG Racing Honda
2 hours 2 min ago