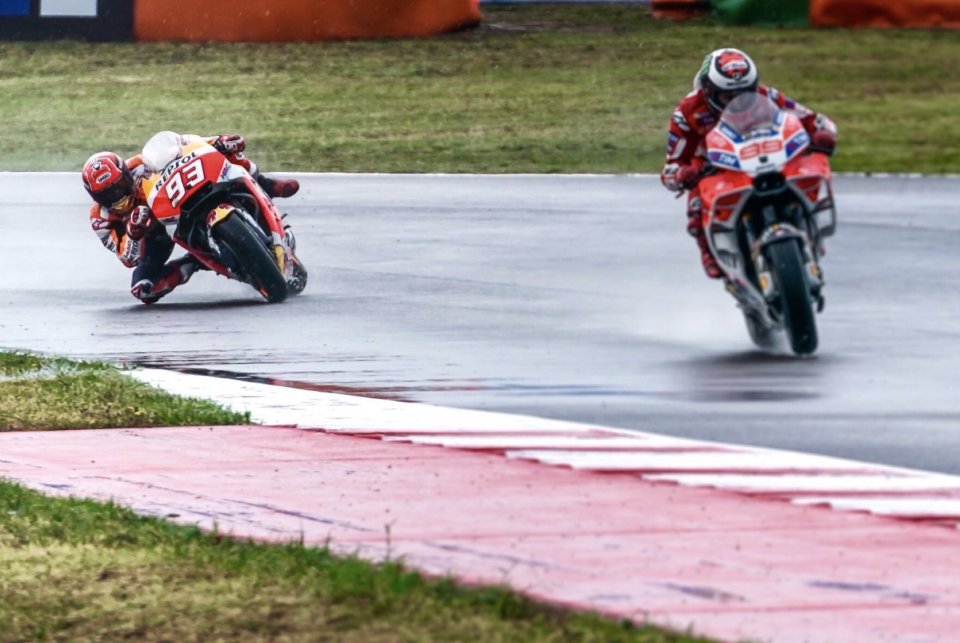 I think that the San Marino Grand Prix served to confirm that Marc Marquez is the strongest rider of this current season.

While Andrea Dovizioso can win the world title, Marc Marquez can only lose it. The Spaniard, despite having scored three zeros thus far, leads the championship, with the same points as the Italian Ducati rider, and continues to win at all tracks and in all conditions, come rain or shine.

At Misano he beat an extraordinary Danilo Petrucci who did all he could to win but who hadn't reckoned on the Spanish phenomenon's record last lap. We need to be honest and admit that Marc Marquez does not have the best bike in the paddock right now, considering that his team-mate Dani Pedrosa finished fourteenth, more than a minute and a half behind the winner.

We also need to congratulate Ducati engineer Gigi Dall’Igna who, in a short space of time, has built a bike that has become the 2017 reference point.

A bike that seems to suit any kind of track and one that doesn't seem to have any weak points.

I think that the Borgo Panigale balance and power has meant that the competition has to follow while engine failures, such as that of Marquez's Honda at Silverstone, mean that they have to find additional horsepower to at least match the monstrous speed of the Ducati.
This all works in the Spaniard's favour, who makes up for the superiority of the Italian bike with his extraordinary riding style.

The same Danilo Petrucci - who has a factory bike with evolutions - is able to fight on almost equal terms with the top guys. You should have seen the Italian's face when, despite finishing a fantastic second, he had had a taste of victory - the picture of disappointment.

Yamaha also had to roll its sleeves up and build two new frames in order to compete with the Ducati, and yet it has made some mistakes.
I think that there are two title contenders - Marc Marquez and Andrea Dovizioso who will battle it out as far as Valencia, the final Grand Prix of the season.

Yamaha, in losing Valentino, is without its main rider and Maverick Vinales' weakness in the wet does him no favours. Maverick needs to learn to be quick in the rain, otherwise he can wave byebye to his dreams of glory, because at least three or four races play out in those conditions each season.

Let me finish by mentioning something that really bothers me as a sports fan - the booing of Marc Marquez under the podium is something that Italians should be ashamed of. The riders are all phenomenal racers, risking their lives at more than 300 km/h and they only deserve our respect for what they do and the emotions they give us.

Those who boo would be better off staying at home.