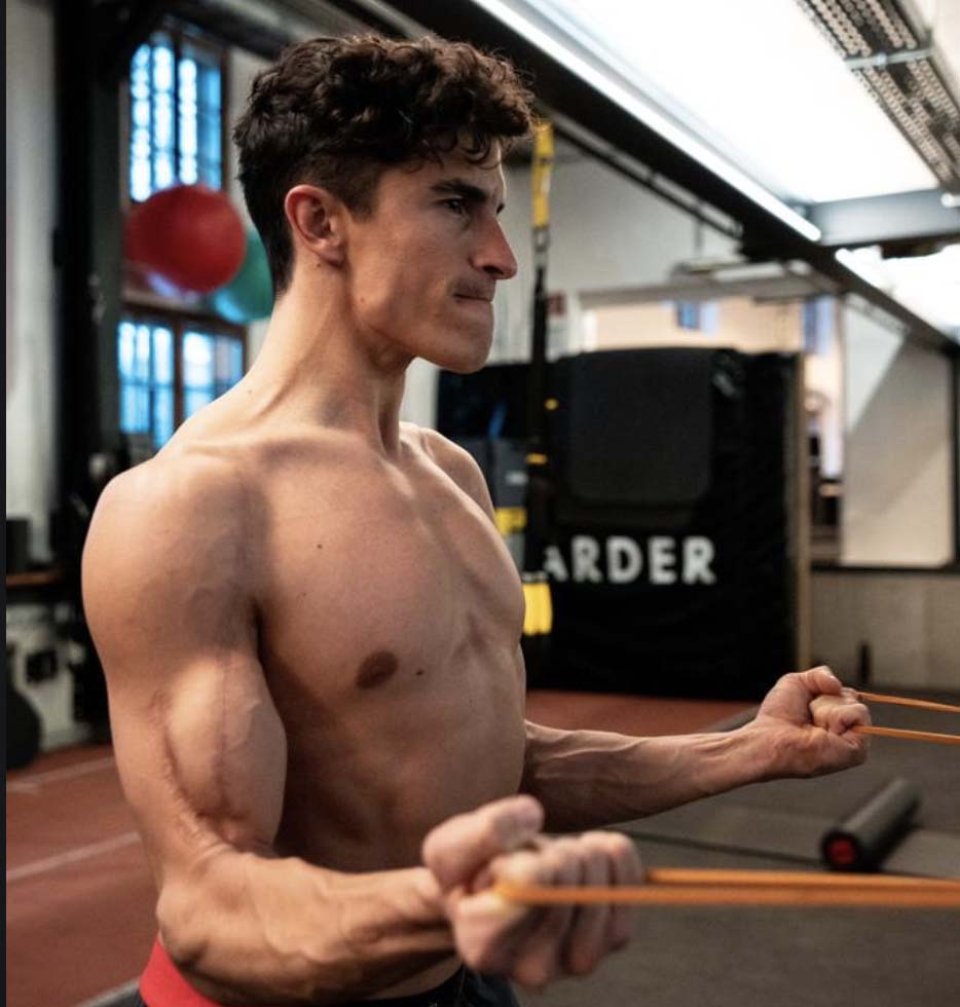 While Ducati’s rivals show their muscles in 1st and 3rd place in the World Championship with Bagnaia and Bastianini, Marc Marquez is ready to accept the challenge of his first World Championship since 2019, as he gets on the track from start to finish.

Beating him, for Mir, Quartararo, and Bagnaia, but also for Enea Bastianini, is a categorical imperative to, above all, prove to themselves that they can match up to the reputation of the eight-time champion.

But this isn’t why Marc showed up in tip top shape at the Red Bull Athletes Performance Center in Thalgau near Salzburg.

Bare-chested, physically fit, and even running on a treadmill, Marc underwent a series of tests. In the hands of his new manager, Jaime Martinez, former head of Motorsport marketing, “Magic” has increased his appearances on social media channels and was photographed with former American ski champion Lindsey Vonn, but what interests him is returning to the track.

From January 10th to 12th, the bell will ring on the first day of school in Sepang, for the Malaysian tests, which will be giving way to the beginning of the season. Then Marc will try again from March 12th to 13th in Portimao, where he’ll be racing at the opening on March 26th.

The rivals are waiting for him. Even if three world championships have passed since the day of his accident in Jerez, everyone knows that the true benchmark will be to battle against Marc.