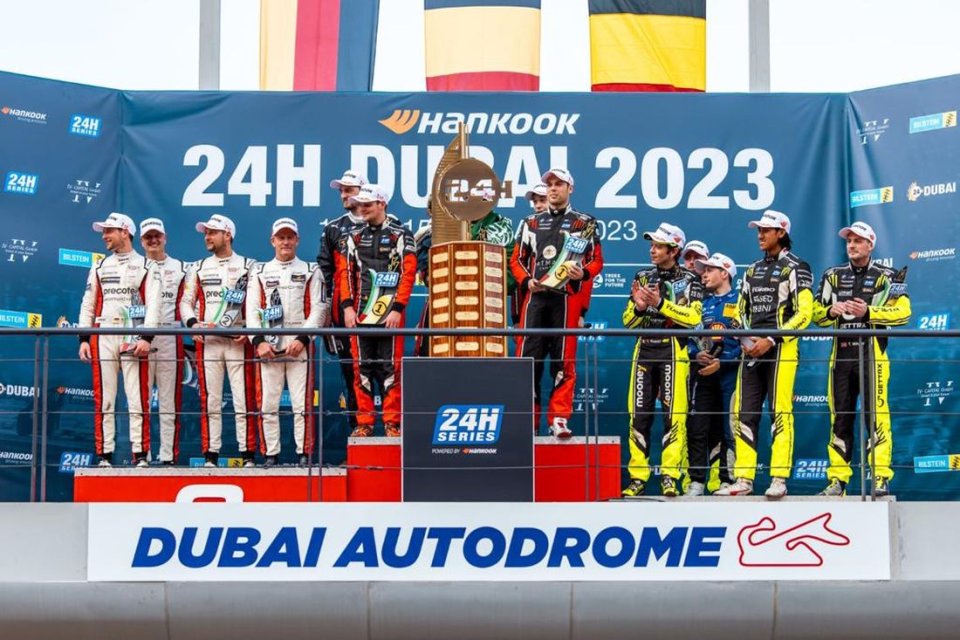 The year for Valentino Rossi could not have started in a better way, as he stepped onto the podium for the first time in his new racing career and he did so at the end of the Dubai 24 Hours. The Doctor was able to enjoy the excitement to the fullest, as he was at the wheel in the final shift.

“I am very happy because it is the first podium with a car for me in my career and to make it in the first race together with BMW is great. It's a sign, it's a great way to start,” he said.

Valentino was racing with the M4 for the first time and, if you can tell a good day from the morning - as the saying goes - he couldn't be more satisfied. His crew (made up of Tim Whale, Sean Gelael and Maxime Martin) finished 2 laps behind the winners, the other WRT team in a BMW who finished 21 seconds ahead of of Herberth Motorsport in a Porsche.

“I always enjoyed the race, it was not easy but in the end we arrived on the podium that was our target” continued Rossi.

It seems that the BMW suits his characteristics better.

“I have a good feeling with the car from the first time, it's more easy to drive. As always you have to work, but it gives good feedback,” he said.

He will now have a couple of weeks off before flying to Australia for the Bathurst 12 Hours.

“It will be very challenging, because it's an important race, very high level, and also the track is very particular. So we hope to be competitive also there. I don’t know my expectations because it is the first time for me, it has a lot of fast cars and drivers, so I will try to fight for the top positions” concluded Valentino.

Below the audio with Valentino Rossi.

VIDEO - Rossi: “To be able to keep racing, I had to learn how to lose”