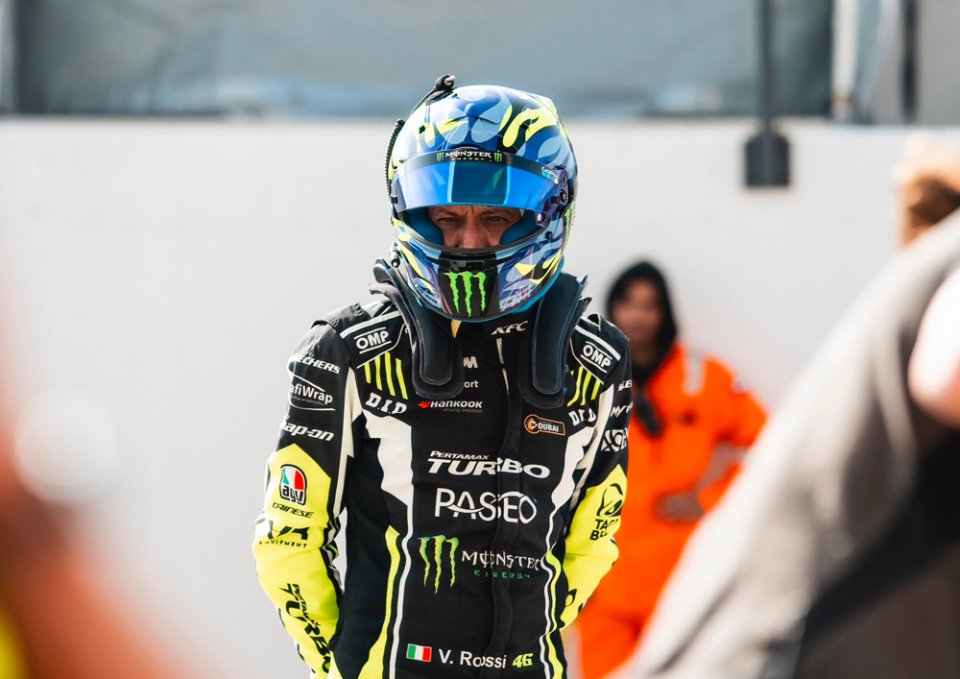 Valentino Rossi's new year has begun in Dubai, where he will race the 24 Hours. It will be a completely new experience for him, not only because he has never seen the circuit before, but also because he will compete for the first time in the WRT team's BMW M4, a car he will also race in the GT World Challenge Europe throughout the season.

Meanwhile, he was able to put himself to the test on the racetrack on the first day of testing and it didn't go badly. It was the Doctor himself who updated the progress via his Instagram profile: "First day of testing very good, because it’s the first time I saw the track. Fun and interesting track. I have a good feeling with the car - he said - We also tested a long run and I was pretty fast. In the last part of the test I used the new tyres for a time attack. We are P6, half a second off the first time. So good, I am happy. We need to fix some details, but the car drives well and I have a good feeling, so I had a good time."

Rossi will have another day of testing available tomorrow, then from Friday things will start to get serious: there will be two qualifying sessions, the first at 11 and the second at 16.55 (Italian time), interspersed with a free practice session (at 15). The start of the 24 Hours, however, will be at 12 on Saturday 14 February. All the official rounds will be broadcast live on the championship’s YouTube channel.