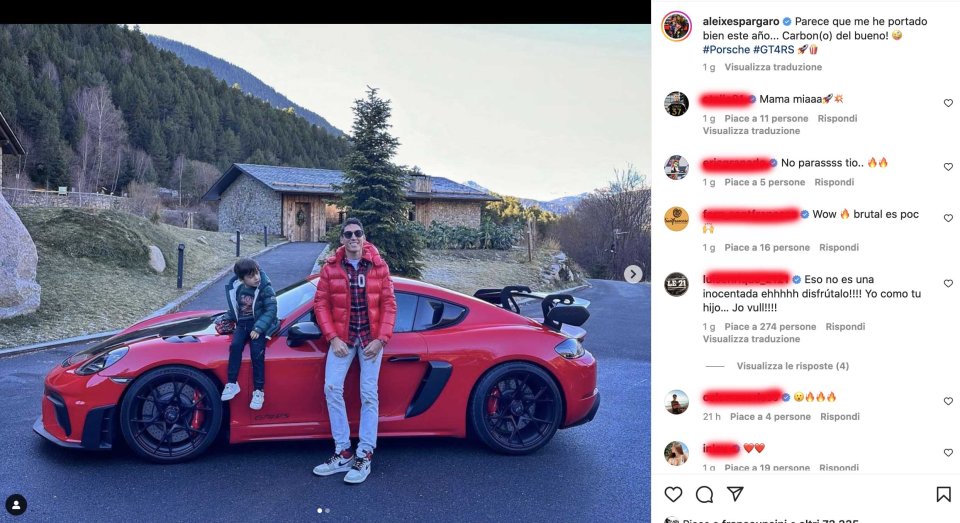 Despite not having achieved the goal of second place in the world championship or even third, bypassed at the end by Enea Bastianini, evidently Aleix Espargarò considers himself quite satisfied with his 2022 and after signing the renewal with Aprilia he gave himself a present for the Epiphany: a red Porsche Cayman GT4 RS.

A supercar with a 500-hp 4-liter naturally aspirated engine with which to vent its passion for speed even on four wheels. A small gift given, that in addition to the difficulty to get it, the toy costs over 150,000 €.

Even Spies succumbs to the allure of four wheels: behind the wheel of a Porsche