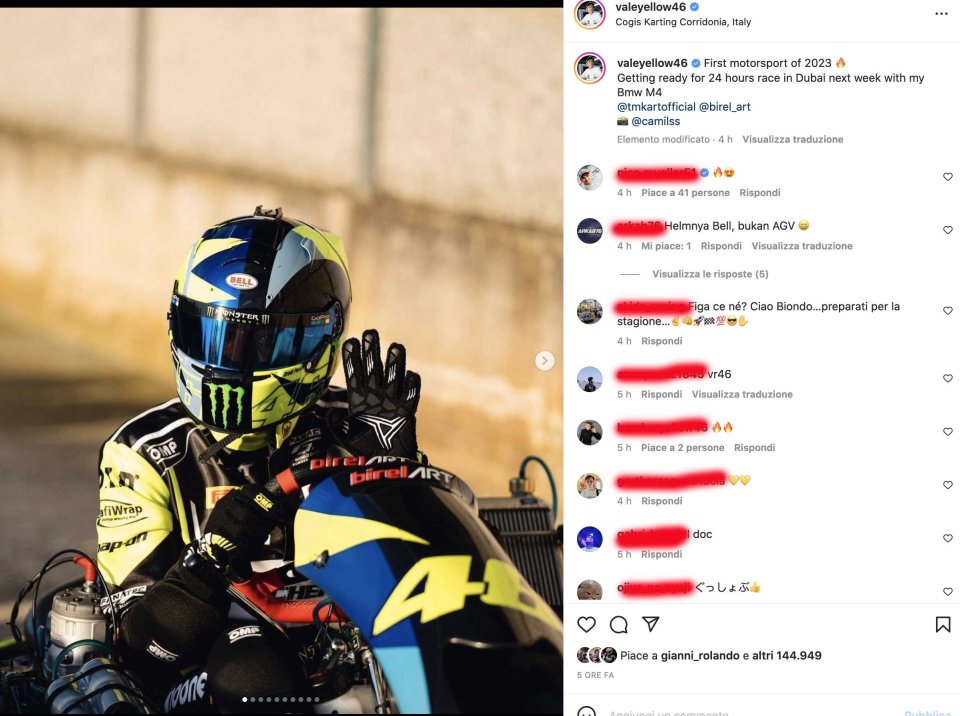 Vacation over for the former motorcyclist, who after the season with Audi is preparing to debut in a 24 Hours with his new car, and to prepare he has chosen karting

As you may recall Valentino became an official driver for the Bavarian manufacturer at the end of last year and will compete in 2023 in the GT World Challenge in the WRT team.

"I think we could be competitive next season -  Rossi said- BMW M Motorsport has given me the opportunity to race with two very fortinel 2023 drivers, Maxime Martin and Augusto Farfus".

"Valentino Rossi needs no introduction - the retort of Andreas Roos, director of BMW M Motorsport - his successes on the track in motorcycling and his personality have rightly made him a living legend. Valentino has also proven to be an excellent driver on four wheels. It is great that Valentino will be joining our BMW M Motorsport family as a new official driver next year. We look forward to working together."