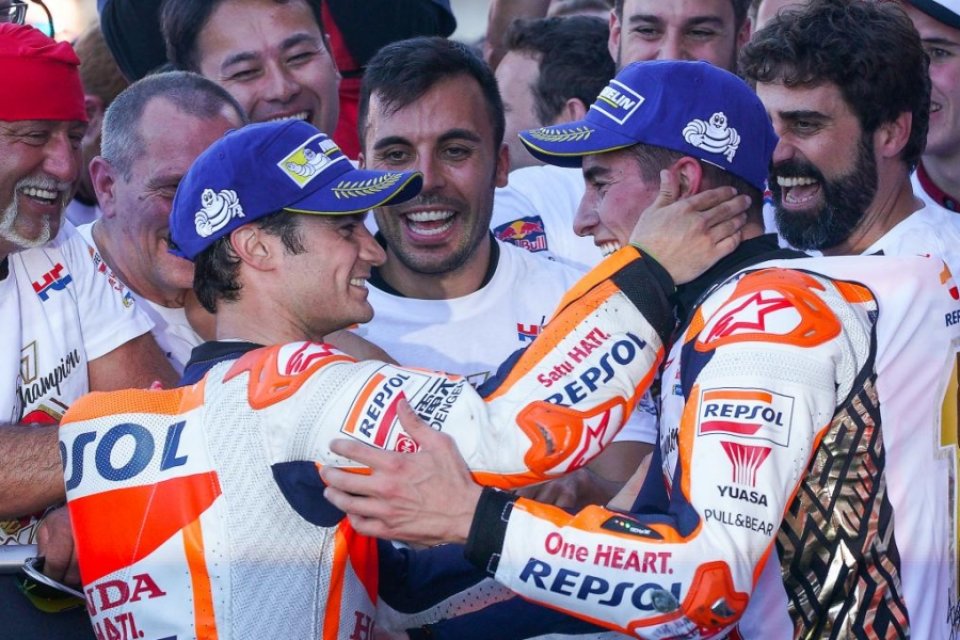 If there's one rider who knows what it means to share the garage with Marc Marquez, it's Dani Pedrosa, who from 2013 until his retirement at the end of 2018 was the Catalan's teammate in the Repsol Honda team. Six seasons that the Little Samurai recalled in the fourth episode of the DAZN docu-series, "Cuatro Tiempos".

“I had strong riders like Stoner or Marc as teammates, but at the time I considered myself equal to them, not inferior - admitted Pedrosa - Marc is a different rider, he was impressive on the track because he did things that I couldn't match. I knew that if I crashed like he did I would end up in the hospital, because I would have been all broken. I was aware that I was risking more”.

According to the 37-year-old, however, the great qualities of the Atomic Ant go far beyond physical endurance: “There were times when the bike went very well and I was fast, but if it didn't go well, I struggled. Marc, no. He has the special ability to win with non-perfect bikes - the KTM test rider revealed - When we switched from Bridgestone to Michelin, we had difficulties, especially me, but he managed to adapt to the tires and win the championship".

It is precisely this incredible ability of Marquez to ride over the problems of the bike that is one of the aspects that played against the Honda at the time of the right arm injury that started Marc's ordeal, causing the Japanese manufacturer to lose its way. Deprived of its benchmark, the Tokyo manufacturer went into a crisis of results, ending up running into one of the worst years ever in 2022, which ended without any wins.

“They relied heavily on this virtue, neglecting others because the other Honda riders couldn't ride the bike like Marquez - commented Dani, who in any case is not giving up on his former box mate - If Marc is physically well and finds a certain level of understanding with the bike, he can ruin Ducati's plans. He is a very unpredictable guy; he can do things in moments that you don't expect”.