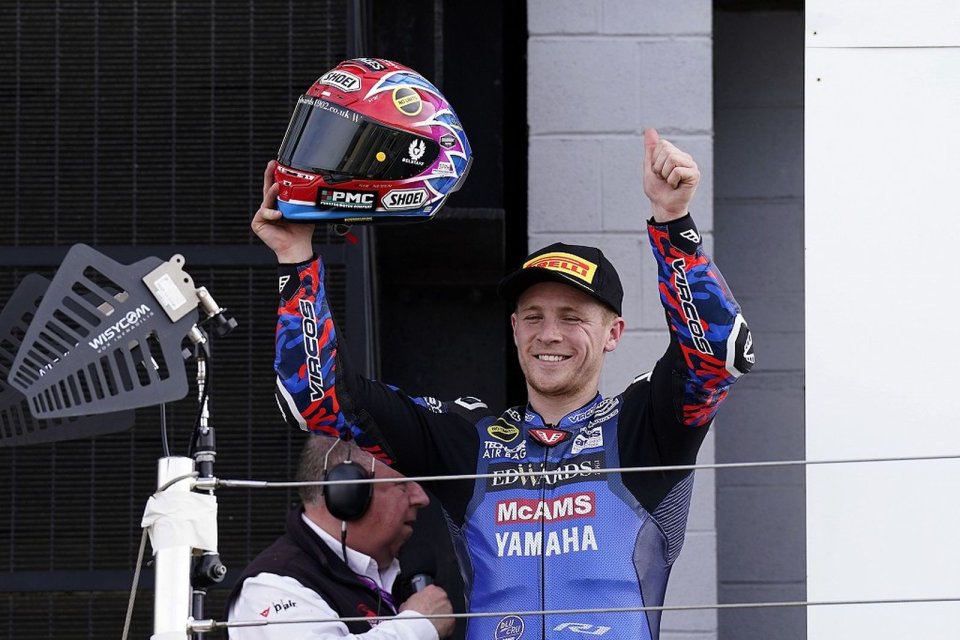 A few days after Tarran Mackenzie’s (surprise) farewell, the McAMS Yamaha team announced the name of his replacement. Alongside an already reconfirmed Jason O'Halloran, it'll be up to Tim Neave, on the second Yamaha R1, to defend the colors of the line-up led by Steve Rodgers in the British Superbike 2023. Promoted by the British Superstock 1000, this will be Neave’s debut in the queen class of the overseas championship.

McAMS Yamaha’s original plans were to continue their partnership with Tarran Mackenzie, for a  sixth consecutive year, but that was before the 2021 BSB Champion decided to embark on a new world adventure (probably in the World Supersport), forcing the team to find a replacement. The choice fell on Tim Neave, who had already begun with the Edwards 1902 Yamaha (McAMS satellite) in the Pirelli National Superstock 1000 Championship. An entirely unexpected promotion for the former star of the flat track.

BSB debut … against his brother!

In 2022, he showed good speed skills on the R1 in the Stock, scoring three wins in the first five races. Despite a bad injury to his pelvis during a test in Knockhill, which inevitably compromised the second part of his season, the Lincolnshire rider is slowly recovering and, next year, he’ll be expected to make his full debut in the BSB where, among others, one of his opponents will also be ... his brother Tom with Honda Racing UK!

“Receiving the call from McAMS Yamaha for the BSB is a dream come true,” he admitted. “When I signed with the team last year to race in the Superstock, I was hoping to receive such an opportunity sooner or later, but I didn’t think it would really happen. The R1 Stock suited me a lot, but the one in the Superbike configuration is probably not too dissimilar. I’ll give it my all to make sure that this opportunity in the BSB isn’t wasted.”