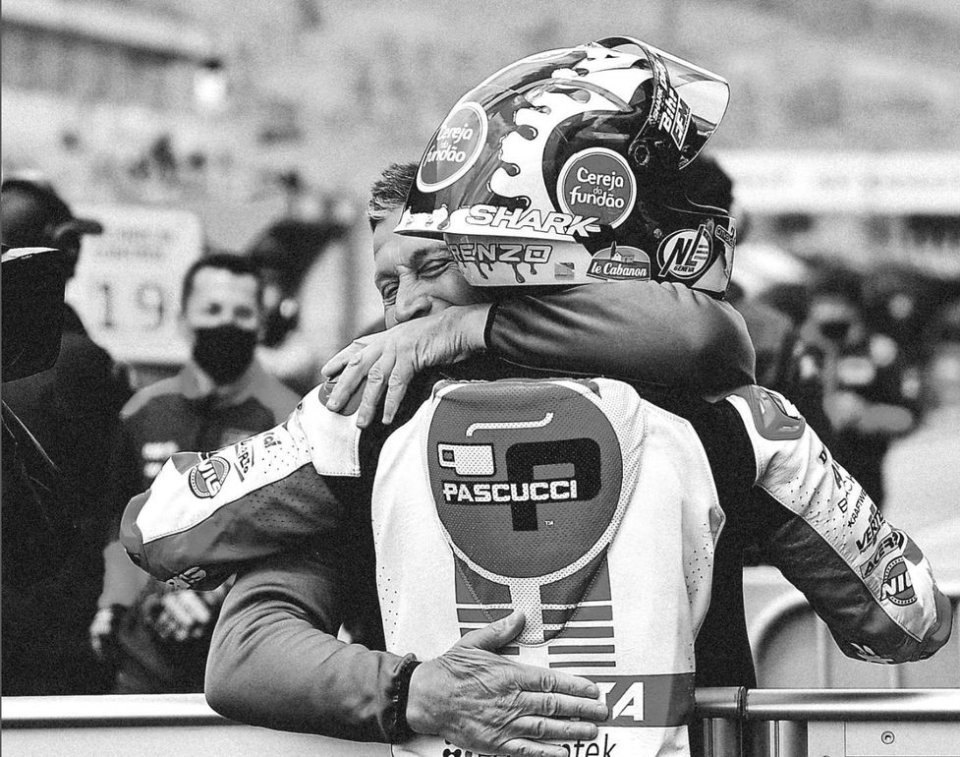 Laurent Fellon has passed away at the age of 61, after a fight against an evil that eventually defeated him. It was his son Lorenzo who broke the news of his father's death on his social media profiles.

“It is with great sadness that I announce the death of my father. He had been battling cancer for a few months. I have no words to express the sadness I feel right now, but I know that he is always with me in peace. I love you, dad. I will continue to fight for you and for us" wrote the rider.

Laurent had raced in France in the minor championships as a youngster, he had also been a mechanic, then he had linked his name to Johann Zarco, when he was only 14 years old. For him he wasn’t merely a manager, but a true mentor who accompanied Johann from the beginning of his career up to the two Moto2 titles and his arrival in MotoGP, before going their different ways a few years ago.

However, Fellon had remained in the paddock, following the career of his son Lorenzo who this year raced in the SIC58 racing team in Moto3.

The GPOne.com editorial team sends its deepest condolences to Lorenzo, to all of Laurent's family and friends.