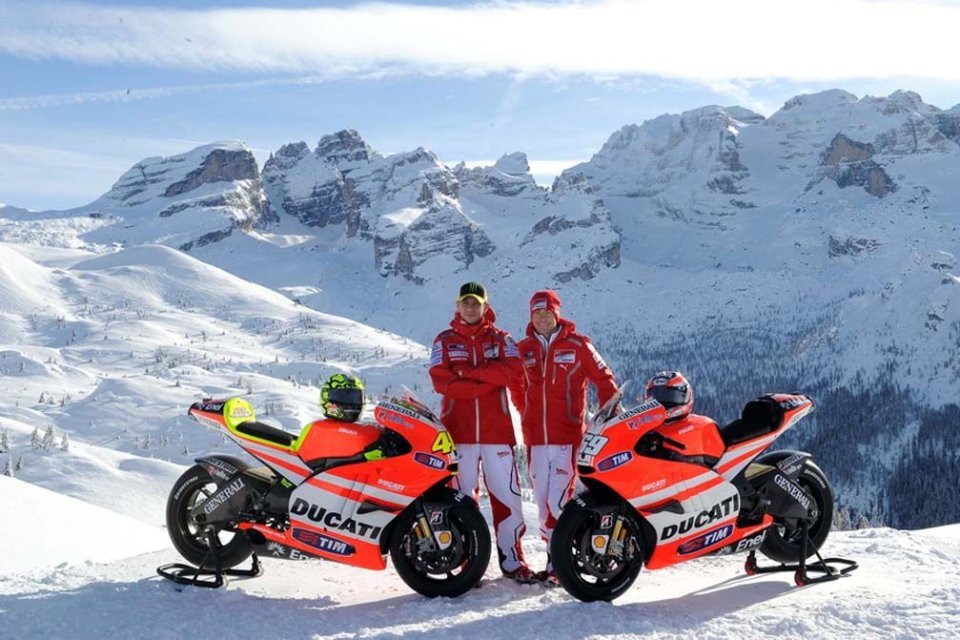 Ducati's double world title, MotoGP and Superbike, is gearing up towards having a celebration worthy of the glories of the past, when together with Ferrari Ducati launched the season in Madonna di Campiglio: the legendary WROOM event sponsored by Phillip Morris.

The event went on for 23 years. A successful cocktail of press launches and entertainment, including interviews and skiing with the ski instructors of the mountain resort.

Everyone who was anyone was there: from Michael Schumacher to Fernando Alonso and Felipe Massa, Casey Stoner, Marco Melandri, Sete Gibernau, Nicky Hayden, Valentino Rossi, Andrea Dovizioso and so on. The last edition was the one in 2013.

According to Speedweek the date of the presentation of the Ducati team in the heart of the Dolomites after ten years has already been fixed: the new Ducati Lenovo factory team will be presented in 2023 with the new rider duo Pecco Bagnaia and Enea Bastianini in Madonna from 22 to 25 January .

In the 2022 season, Ducati took the coveted "Triple Crown" in MotoGP, i.e. the riders, constructors and teams championships. It was by far the most successful racing season for the Italians, as Ducati also took home the Superbike World Champion title for the first time since 2011 (Carlos Checa) with Álvaro Bautista.

Ducati won twelve out of 20 races in the last MotoGP World Championship, achieved 16 pole positions and 32 podiums (Honda only two!). So the innovative idea of ​​Gigi Dall'Igna and Paolo Ciabatti and the rejuvenation of the rider line-up after 2020 has borne fruit. After nine tireless years, Ducati Corse racing boss Dall'Igna (with Ducati since October 2013) finally claimed his first riders' world title in the premier class.