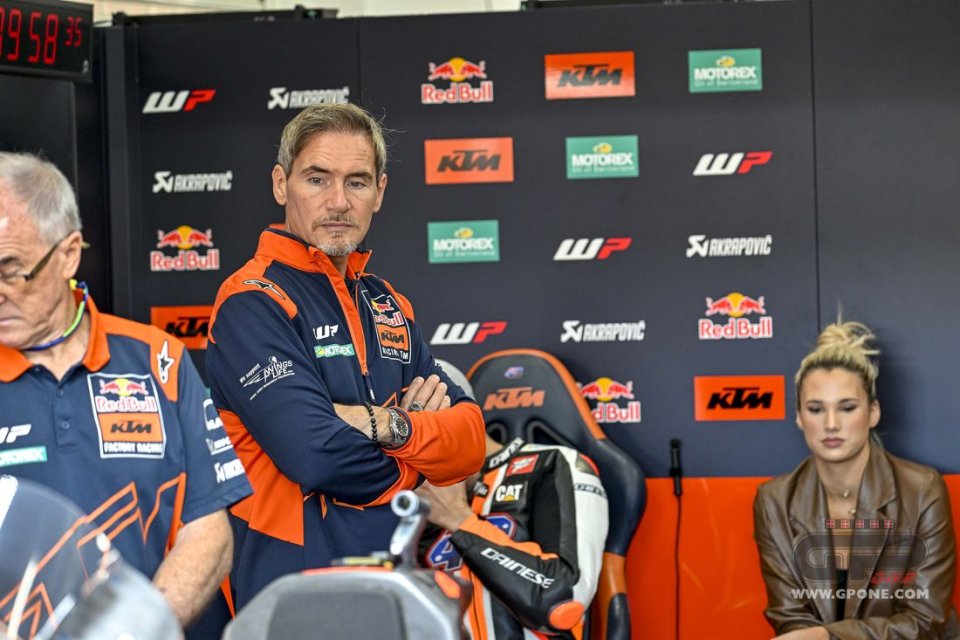 Although there is only one rookie on the grid, there will be numerous changes that we will see at the start of the 2023 MotoGP season. With the withdrawal of Suzuki, and a switch of team for nine of the twenty-two riders at the start of the championship, even several technicians are preparing to change teams and colleagues.

Among the most active teams on the market front we can certainly find KTM, which next season will welcome Jack Miller to the official team, together with his crew chief Cristhian Pupulin and Enea Bastianini's former crew chief, Alberto Giribuola, who will not follow the Rimini rider in the Ducati official team. In Tech3, on the other hand, the returning Pol Espargaró will find Paul Trevathan, while the rookie Augusto Fernandez will work with Remy Gardner's former crew chief, Alex Merhand.

With "Pigiamino" now at Mattighofen, Johann Zarco's crew chief, Marco Rigamonti, will be in charge of Bastianini's crew in the official Ducati team; while the Frenchman will return to work with Massimo Branchini, ready to leave Aki Ajo's team after more than ten years of collaboration. Changes are also in sight in the Gresini team garage, where new signing Alex Marquez will team up with Donatello Giovanotti, who covered the role of track engineer for Fabio di Giannantonio this season. The Roman rider will therefore be supported by Frankie Carchedi, the former crew chief of Joan Mir at Suzuki.

In his new adventure in Honda, the Majorcan will inherit Pol Espargaró's team and bike, including the crew chief Ramon Aurin, while in LCR it will be Christophe Bourguignon who will work with Alex Rins. Jose Manuel Cazeaux, team boss of the Iberian in the Ecstar team, will therefore arrive in Aprilia to work alongside Maverick Vinales, with whom he had already collaborated, precisely in Suzuki, in 2015 and 2016. Maverick’s former crew chief, Giovanni Mattarollo, will move to the new satellite team of the Aprilia team, to work with Miguel Oliveira, while Noe Herrera will join Raul Fernandez on the other side of the RNF team garage.

Confirmed, on the other hand, the pairing made up of Cristian Gabarrini and the World Champion Francesco Bagnaia. As well as the established duo of Marc Marquez and Santi Hernandez and the collaboration, in LCR, between Takaaki Nakagami and Giacomo Guidotti. No change also in the Yamaha box, where Fabio Quartararo will continue to work in 2023 with his crew chief Diego Gubellini and Franco Morbidelli with Patrick Primmer.

Also confirmed are the pairings in the Mooney VR46 team, Luca Marini-David Munoz and Marco Bezzecchi-Matteo Flamigni and the KTM team formed by Brad Binder and Andres Madrid. Daniele Romagnoli will continue to work in the Pramac team with Jorge Martin, while the collaboration between Aleix Espargaró and Antonio Jimenez will continue in Aprilia.

Tardozzi: "I argued with all the riders, but when I raced I wanted someone...