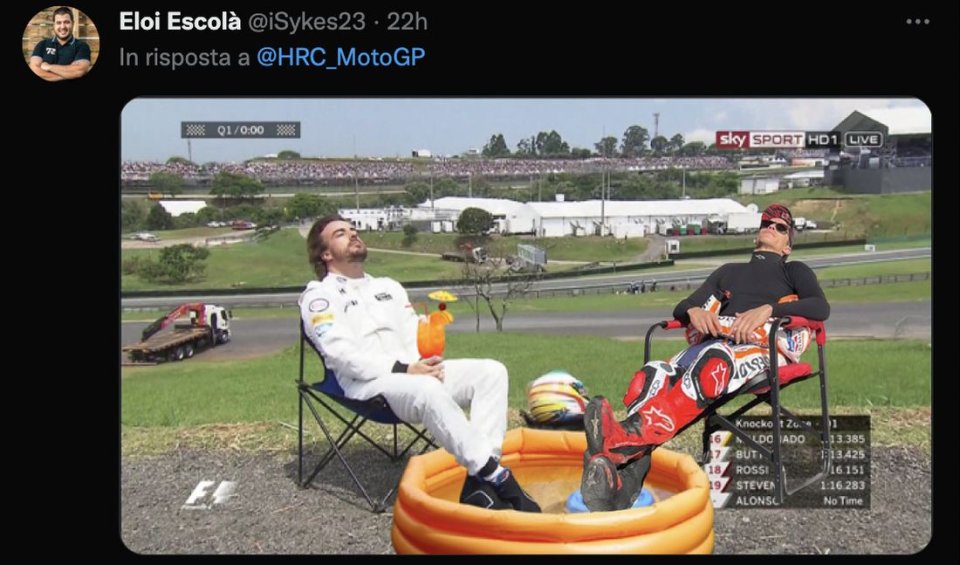 The Honda Repsol team challenged fans to create memes with an image of Marc Marquez lying on a chair sunbathing. The response from the web was immediate, and the Spanish champion was soon the star of lots of photo montages that portray him in the most unlikely situations and places.

Some had fun putting Marc in space, on the moon, on a Caribbean beach, or even in a museum. The meanest, instead, placed him among Valentino’s memorabilia. Then there are those who imagined what Marc was dreaming while sleeping, or Dall’Igna preparing a bike for him. F1 fans paired him up with Fernando Alonso who, after withdrawing from qualifying, he started sunbathing trackside in Brazil in 2015.

In short, the only limit is imagination and the desire to smile.

Below, are several of the best creations.