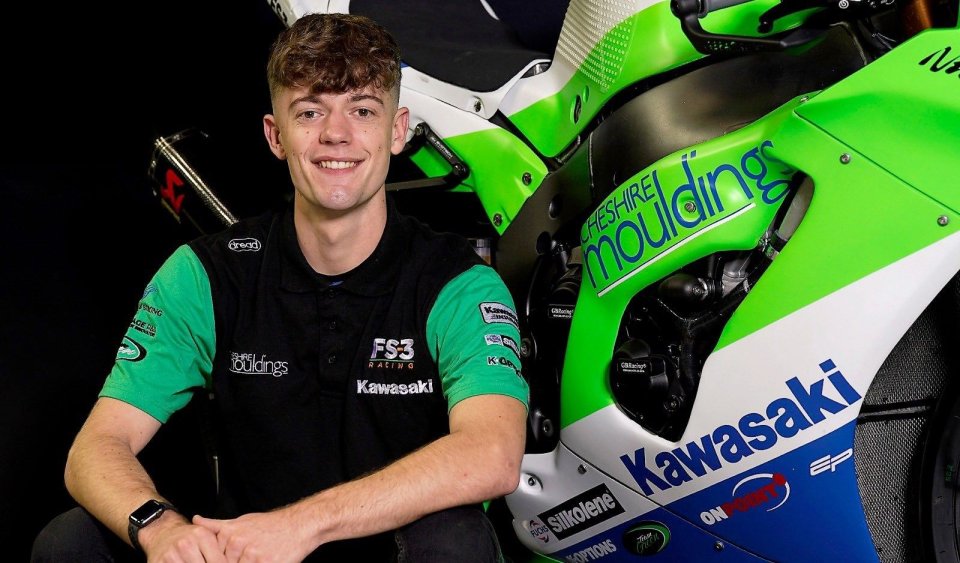 Since 2020, the FS-3 Racing team has always stood out for its forward-looking philosophy, aimed at focusing on young riders through short- and medium-term programs. A philosophy with a vision that won’t be changing in 2023, despite Rory Skinner’s move to the Moto2 World Championship. After having developed the new Ninja ZX-10RR in the past two years, Nigel Snook’s team will be aiming at the top of the BSB (also) with Max Cook.

Max will be turning 20 on December 9th and has recently been considered one of the potential emerging talents in motorcycling. But between 2018 and 2020, the 2017 British Motostar (Moto3) champion experienced fluctuating moments in the British Talent Championship, the Red Bull Rookies Cup, and the Junior Moto3 World Championship. During 2021 and 2022, he relaunched himself in his motherland, dominating the Junior Superstock 600 with nine victories and two podiums in 13 races, all thanks to the support of Nigel Snook and the FS-3 Racing team, with whom he will debut in the BSB in 2023.

Coronation of a dream

Max’s career path isn’t that different than his predecessor, Rory Skinner, when he married the Kawasaki cause at the end of 2020 as British Supersport Champion. With the team that’s renewing its partnership with Cheshire Mouldings as its main sponsor, Cook is looking forward to an apprenticeship season alongside the already reconfirmed Lee Jackson, in order to grow and gradually move closer to the positions that matter: “This is a dream come true,” The  Bristol native admitted. “Nigel Snook has supported me for the last six years, until the victory in Stock 600, so he knows my potential. I feel ready for the challenge. It’s a big step for me. I’ve already tried the Ninja a few weeks ago, and I’m very happy. I can’t wait to give it my all starting with the winter tests.”