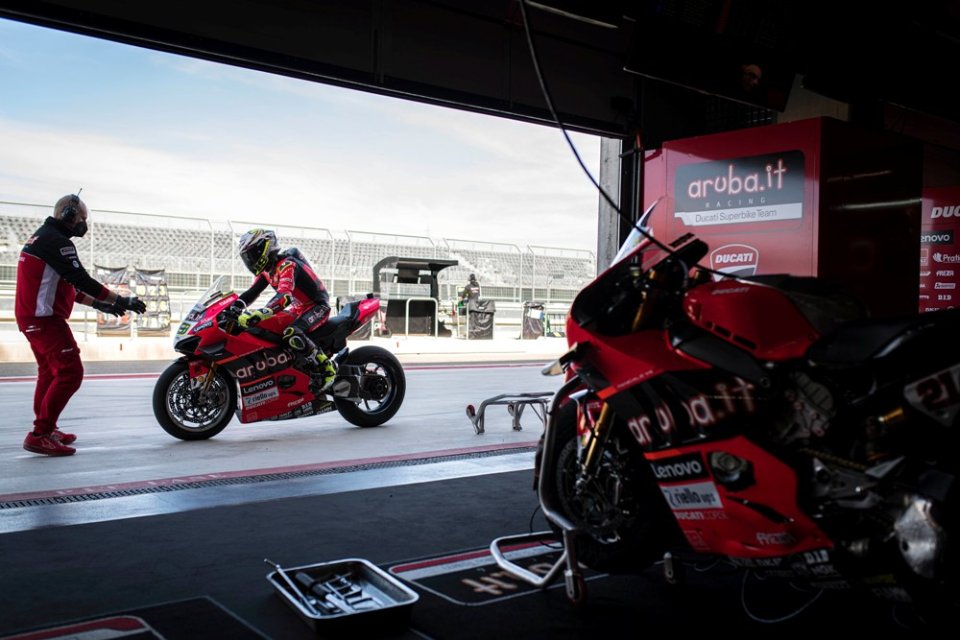 Alvaro Bautista and Ducati have been the big protagonists of this 2022 season. It was a world championship to remember for the Aruba team, which won everything there was to win, leaving only the crumbs to the competition. On the Panigale V4, the Spaniard showed real supremacy, so much so that his rivals began to turn up their noses at it.

There is no point beating about the bush: the other manufacturers and the riders do not like the manifest superiority of the Spaniard, who on several occasions he was playing with the opposition: "Ducati and Bautista are playing with everyone, it's unfair" Redding told us at Donington. while Rea repeatedly stated: "There's nothing you can do against the Ducati on the straight, it's frustrating".

The situation is therefore clear and evident, so much so that for 2024 the manufacturers decided by mutual agreement to introduce a bike+rider weight limit. A rule already present in all the other championships with the exception of MotoGP.

However, from what we have learned in the last few days, Dorna and the FIM are considering bringing things forward in some ways starting from next season with a "soft" version in terms of regulations. As repeatedly stated by the Organizer, the goal is in fact to arrive at a World Championship that presents a balance in terms of power between the bikes on the track, as a result avoiding the excessive domination of one brand over the other.

The concrete risk for 2023 is that Alvaro Bautista and Ducati could be heavily ballasted. In fact, this aspect emerged several times during the team meetings held during the race weekends. Any intervention will probably consist of a revision of the weight balance on the Ducatis through a precise algorithmic calculation. As for the issue of engine revs, that should instead be out of the question.

The ball is now in the hands of Dorna and the FIM: it will be up to them to make the final decision. A decision that will have a significant impact on the next World Championship.