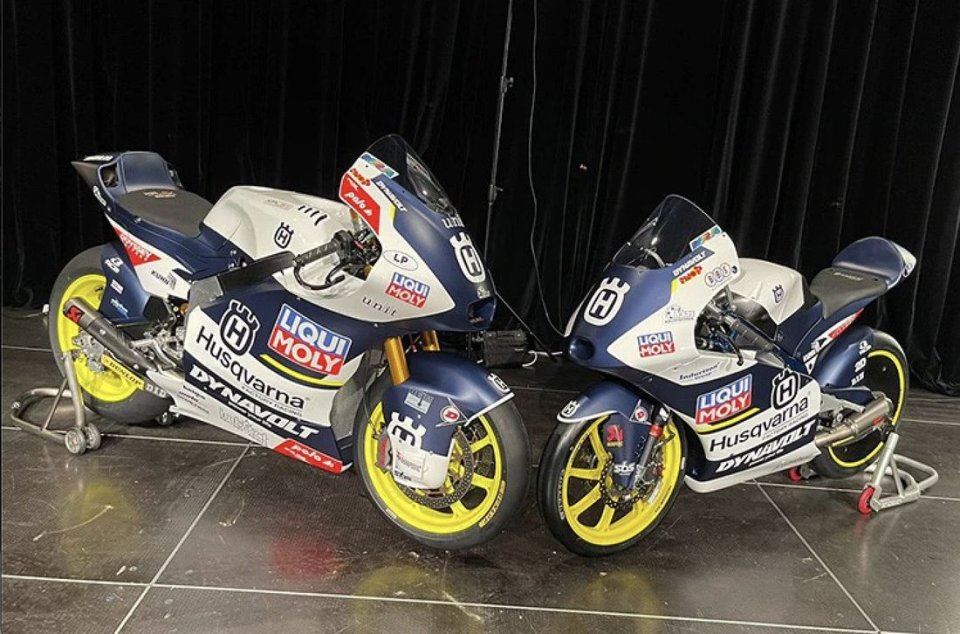 Biaggi has left the MotoGP paddock (for the moment). After a legal dispute, Dorna and IRTA (the teams’ association) decided that the team that bore Max's name was owned by his partner Peter Oettl and the Roman Emperor has thus been left empty-handed. Oettl, on the other hand, had already planned his future with Husqvarna and Intact GP. The new team will be at the start next year in both Moto2 and Moto2 with the logo of the Swedish brand, which is part of the Pierer Mobility constellation, on their fairings.

"The idea came when we were returning home from the Sachsenring GP - explained Peter to Speedweek, who also published the image of the bikes for 2023 - I proposed this collaboration to Intact for the first time in Assen".

Meanwhile, Biaggi had already told him that he would continue without him.

“He decided it at the end of April - continued Oettl - So I spoke with IRTA and Dorna who confirmed that I was the legal owner of the team, because I signed the contracts. In the Austrian GP Pierer Mobility gave us the go-ahead to continue with the Husqvarna team. I will manage Moto3, while Jurgen Lingg will manage Moto2".

The riders have already been announced: Darryn Binder and Lukas Tulovic in Moto2, while Ayumu Sasaki and rookie Colin Veijer will be in Moto3.

Cecchinelli says that Dorna also intends to bring in a ban on rear ride-height...

Changing of the guard at Dorna: Arroyo will no longer be Chief Commercial...

Corsi: "I was screwed, I'll start over from CIV and follow Biaggi’s...