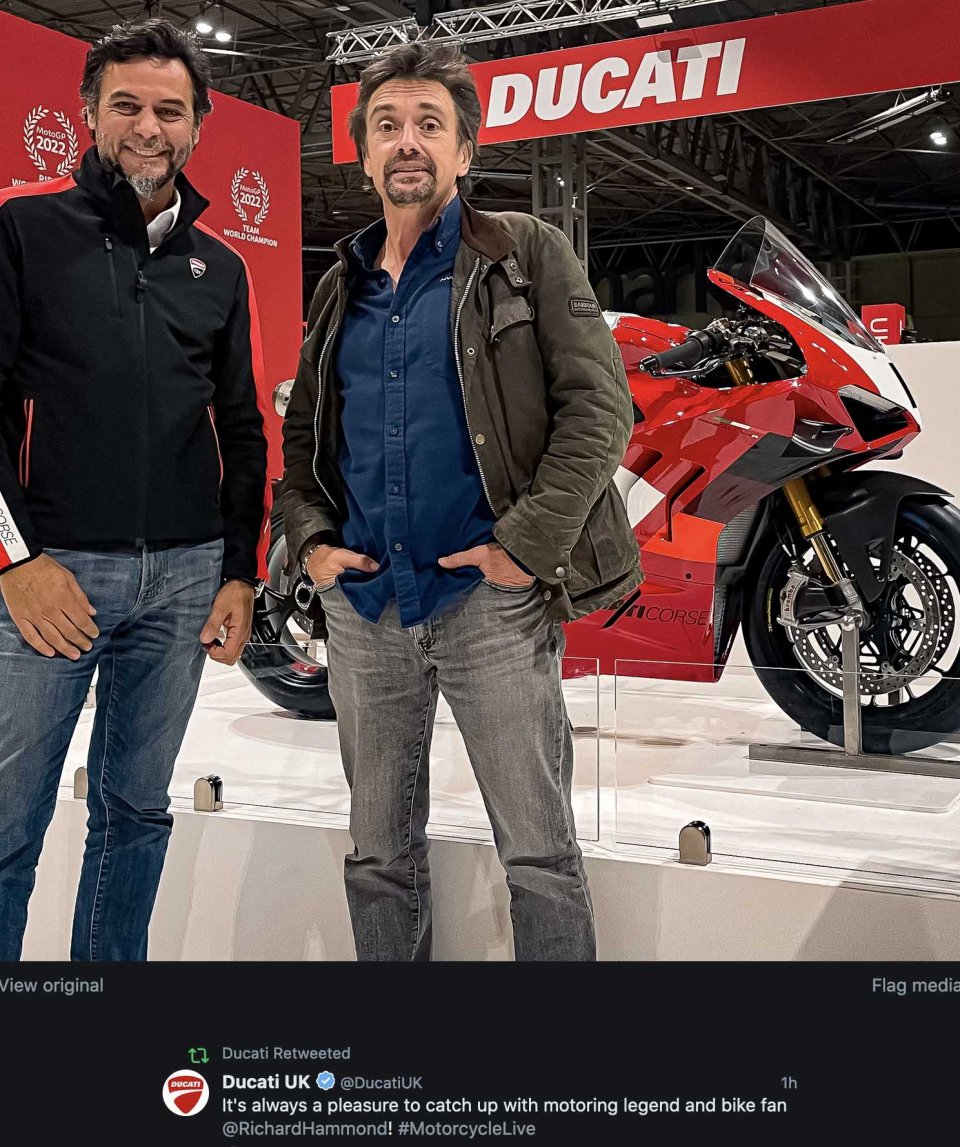 Richard Hammond, was co-presenter of the BBC's 'Top Gear' programme from 2002 to 2015 along with Jeremy Clarkson and James May. and since 2016, the trio has moved to Amazon Studios with Grand Tour. A big fan of cars and motorbikes, the presenter-pilot has shown interest in the new Panigale R.

Hammond is certainly no rookie when it comes to speed. In his past there was also a serious accident while driving the Vampire dragster, in 2006, after reaching 513 km/h, following a tyre blowout.

This is the last act: the Suzuki Racing website closes. It is unclear why Suzuki does not want to turn it into a page commemorating the many...
4 hours 17 min ago