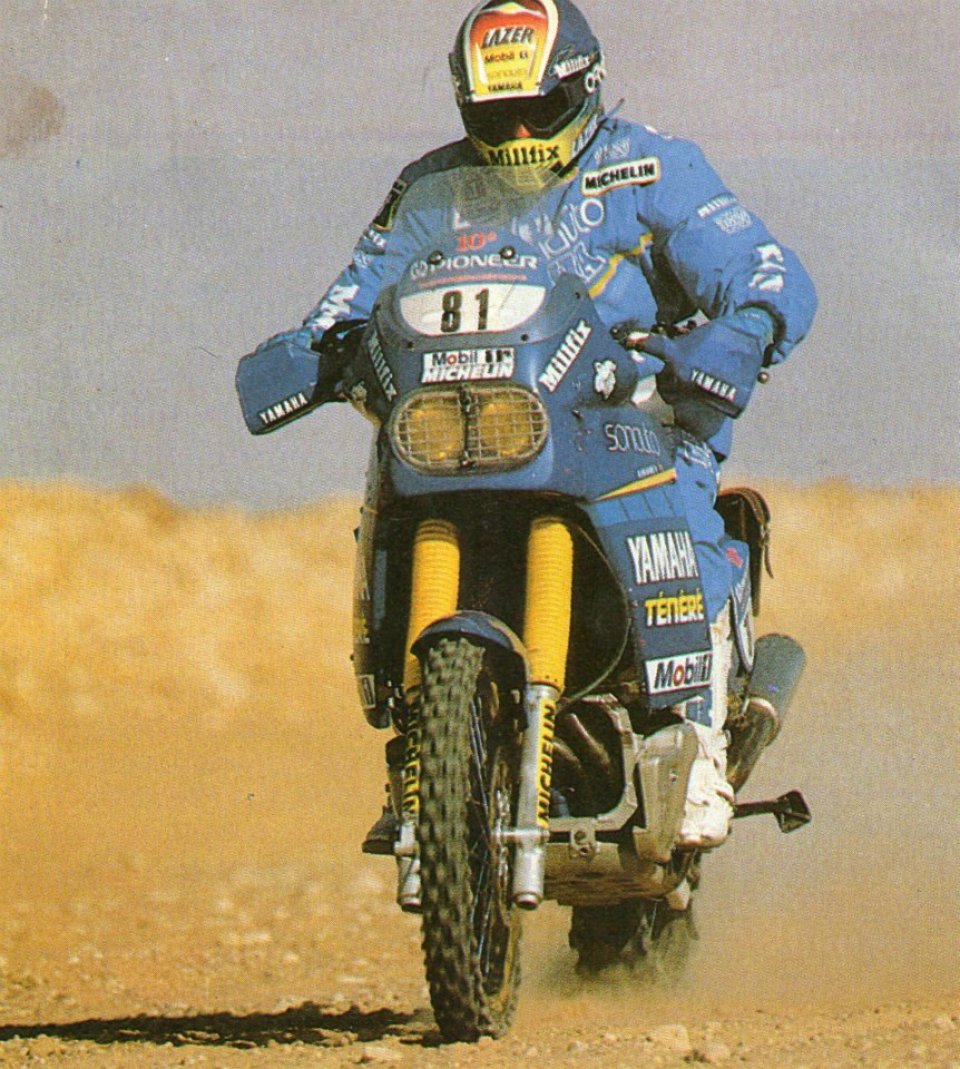 André Malherbe, an off-road legend, has passed away at the age of 66. Born in Huy in Belgium and the son of a motorbike dealer, he became passionate about motocross at an early age and won the European 125 championship at the age of 17 on the Zundapp. It was to be the first success of a long and successful career, which culminated in the three titles he won in the 500 class (in 1980, 1981 and 1984) with Honda and the same number of times he came second (1983, 1985 and 1986). Three is a recurring number for André, who also won the Motocross of Nations in 1977, 1979 and 1980. In all, he won 41 Grand Prix before retiring from racing.

The passion for racing, however, did not leave him. Dedé first switched to four wheels and was at the start of the 1987 Spa 24 Hours in the World Touring Car Championship, then he became passionate about rally raids. His life, not just his career, was marked by the Paris Dakar, in which he participated, on a Yamaha, in 1988. On the Bordj Omar Driss - Tamanrasset stage he was the victim of a serious accident, which forced him into a wheelchair.

The editorial staff of GPOne.com offers its deepest condolences to André's family and friends.

THE 2023 CALENDAR MotoAmerica, the American series, will have to do without Danilo Petrucci this year, who has decided to continue his career in...
12 hours 23 min ago

THE 2023 CALENDAR The Suzuka 8 Hours, valid for the FIM World Endurance Championship, will take place in 2023 one week later than originally planned...
1 day 20 hours ago

The FS-3 Racing Kawasaki team continues to focus on young riders in the British Superbike. With Rory Skinner in the Moto2 World Championship, 19-year...
2 days 6 hours ago

His wife posted about his condition: “He is okay and in the best place possible. They will keep him in for a few days to monitor him.”
2 days 16 hours ago