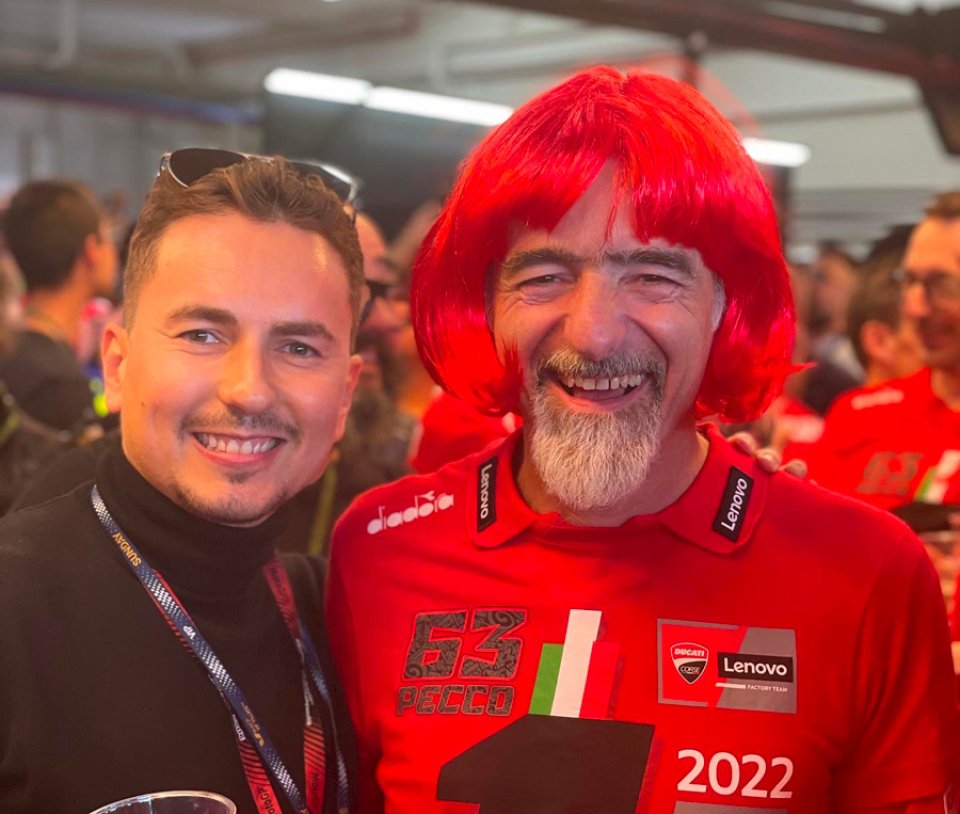 The relationship between Jorge Lorenzo and Ducati didn’t end well. When the rider from Mallorca won his first victory with Ducati in 2018 at Mugello, he also decided to abandon them for Honda. A decision that didn’t lead to much, because Jorge then communicated his willingness to withdraw from the MotoGP in 2019.

Despite this, Lorenzo would have had the opportunity to continue his career and do so on the Desmosedici. He had declared this in an interview with SER Catalunya.

Jorge’s days as a rider were over.

“Sometimes you have to know when to stop. This is a risky sport where you can hurt yourself,” he continued. “I didn’t want to take risks, because I didn’t feel the need to race anymore.”

His relationship with Gigi Dall’Igna never faltered, and the photo above proves it, with Giorgio (as the engineer from Venice calls him) in the Ducati garage, celebrating Bagnaia’s World Championship victory.

“I’m sure that if, in 2017, I would’ve had the Ducati they have today, my results would’ve been much better,” Lorenzo said. “When Gigi arrived in 2014, step by step and through attempts and mistakes, he managed to put together all the pieces of the puzzle, both from a technical and a riders point of view, so that there can be many competitive bikes and, at this moment, they’re practically unstoppable.”