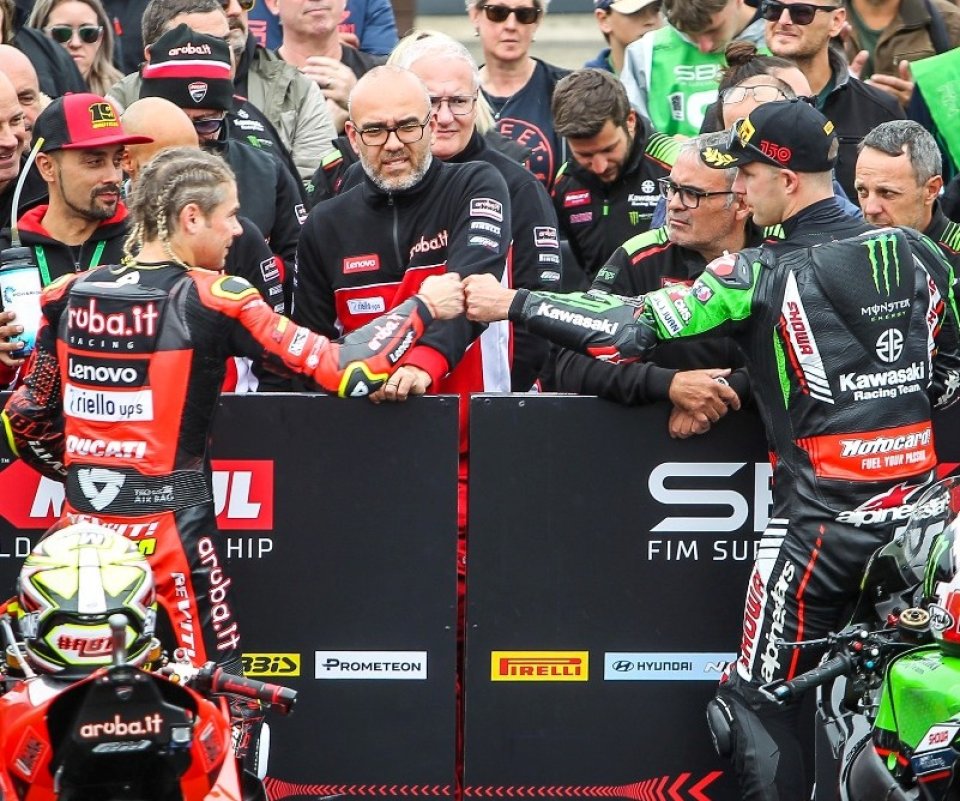 With a fifth place in Race 1, Alvaro Bautista helped Ducati achieve the Constructors title. Saturday afternoon’s round for him was a race in a race, thanks to the flag to flag. The moment he took off, after the pit stop, the Spanish rider didn’t have that confidence to finish and keep up  with the best.

In the end, he had to console himself with a fifth place, 20 seconds from Rea’s Kawasaki.
“At first, on the wet asphalt, the sensations weren’t bad,” he began. “But when we switched to the dry tires, I had the wet set-up, and that affected my performance. I lost the front at every corner. I had to be very delicate, since I had too much load transfer. It was really different. In fact, the Panigale moved a lot. and I had no grip on the rear.”

This explains the reason for the sudden collapse.
“I’m a very light rider with a delicate style on the bike. The problem is, in that situation, I couldn’t control myself. So we have to try to be more competitive under these conditions and solve the problem. It’s too bad, because I felt good in the lead group at the beginning and, lap after lap, I understood the tires better. The sensations also improved.”

Unfortunately, the final outcome was not what he hoped for.
“Actually, I preferred a completely wet race rather than a mixed race. I couldn’t push like I wanted with the bike and, in the end, I had to settle for fifth place.”

The fact is that the Spanish rider won the Constructors World Championship for Borgo Panigale.
“We also wanted to win this second title to get the Triple Crown. So I’m happy with what I did in 2022, since it’s something really crazy. I think this is the best year ever for me.”

Bautista: "All thanks to the Ducati? Many riders win in MotoGP, only me in...