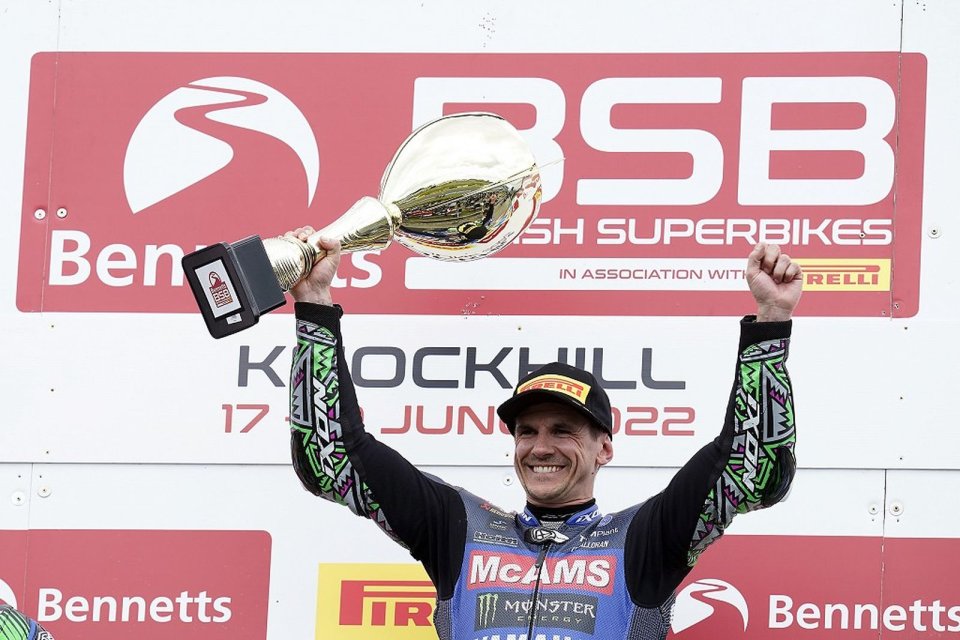 Jason O’Halloran is about to experience his ninth season in the British Superbike, his fifth consecutive season as a McAMS Yamaha rider. In fifth-place this year, Jason will partner with the team led by Steve Rodgers in 2023, which started in 2019, after a prolonged stay with Honda Racing UK. Riding one of the two R1s, he’ll go after that BSB title he’s been chasing throughout his career.

In the past four years, Jason O’Halloran and the McAMS Yamaha team have proven to be the most prolific combination of British Superbikes, with 21 wins and 47 podiums. Impressive numbers that, however, have never awarded him the title of series champion, but as vice-champion in 2020, battling it out until the Brands Hatch finale with his fellow countryman, Josh Brookes. He then experienced a serious decline that took place in the middle of Showdown 2021 when he was at the head of the championship as an undisputed star performer of the Regular Season.

Rushing for the title

Relying on a series of technical updates that will be available on its Yamaha R1 starting from the first pre-season tests, O'Halloran will start rushing for the crown of the British Superbike again next year: “Deciding to continue with McAMS Yamaha was a fairly simple choice. I’m on a team on which I feel comfortable, and we know that we can aim for the title, as we’ve done in the previous three years. 2022 didn’t end as we wanted, but we gained more knowledge, to be even stronger in 2023. Developments are expected from the Superbike World Championship, so we’ll continue to push and try to reach our goal and become champions,” the 34-year-old rider admitted. Barring unforeseen circumstances, he’ll be joined again by the 2021 Champion, Tarran Mackenzie.