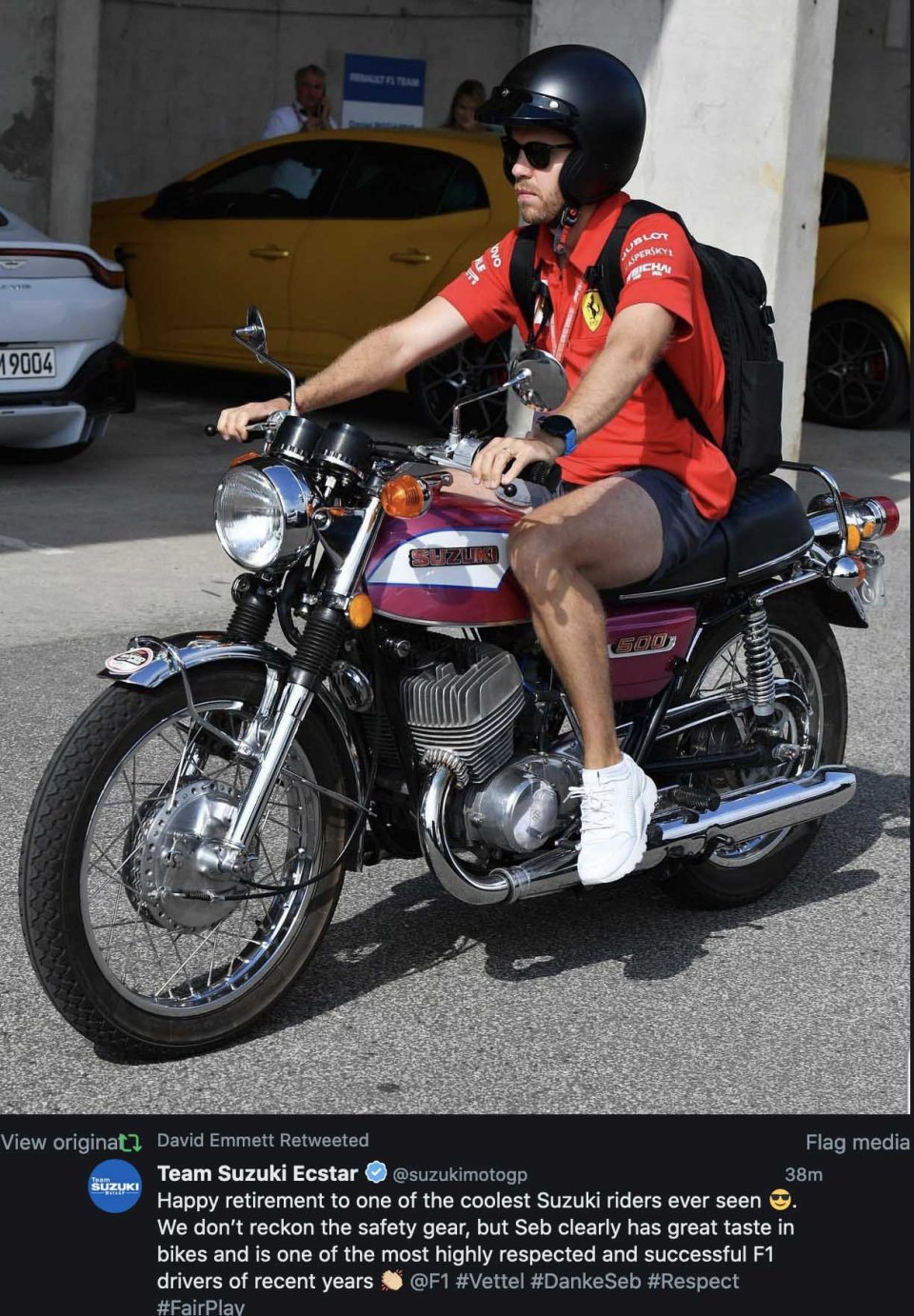 Formula 1 world champion for 4 consecutive times (2010, 2011, 2012 and 2013) with the Red Bull Racing team, Sebastian Vettel has announced his retirement from competition. Perhaps, as Michal Schumacher did, we are likely to see him again on two wheels given his passion for motorcycles, especially 2 Strokes.

Here he is riding two beautiful Milfs: the twin-cylinder Titan 500 and the three-cylinder 750 GT. 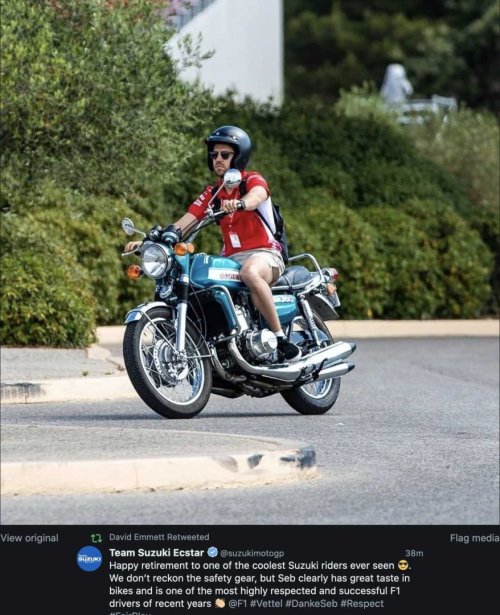 Guevara: “Battling it out with opponents like Acosta has made me a great rider”