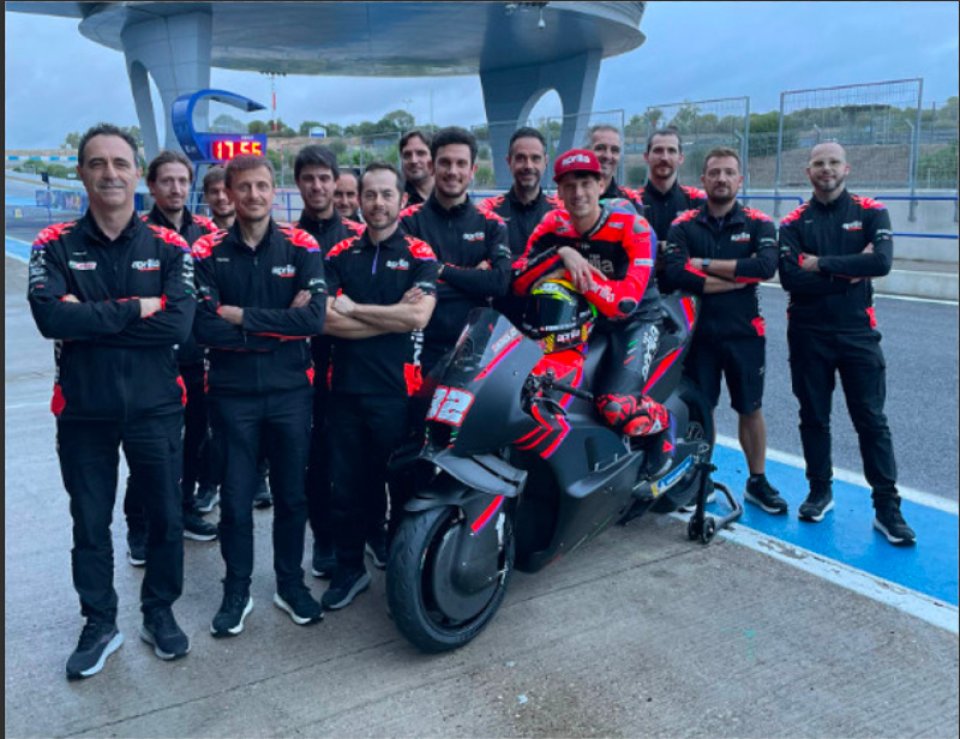 For Aprilia, 2022 was an unforgettable year. They had their first victory, and Aleix Espargarò fought for the World Championship up until a few races from the end. The season, however, ended with a few too many lows, and Romano Albesiano and his men will have to work hard during the winter to smooth things out on the RS-GP. Also, starting next year, they'll no longer be able to take advantage of the concessions that allowed them a greater number of tests and the possibility of developing the engine during the season.

So, before heading to the Racing Department in Noale, Aprilia completed two days of tests in Jerez with Lorenzo Savadori. The tester completed 134 laps, working mainly on new electronic configurations and collecting important data for 2023.

Instead, Aleix Espargarò and Maverick Viñales flew to Cologne for a day in the wind tunnel to test aerodynamics for Aprilia, with innovative solutions for the MotoGP, and there’s lots in the pipeline for future developments. The two Spanish riders worked on the first 2023 prototype, the characteristics of which will be analyzed and refined during the winter break. Miguel Oliveira and Raul Fernandez also made their debut in the wind tunnel, after they first tried the RS-GP in Valencia. For the RNF team  riders, it was a session dedicated to “fitting” aerodynamics on the new bike, looking for the best configuration based on physical characteristics and riding position.

Now it’s all up to the technicians, as we wait to see the new bike during the Sepang tests next year, from February 10th to 12th.