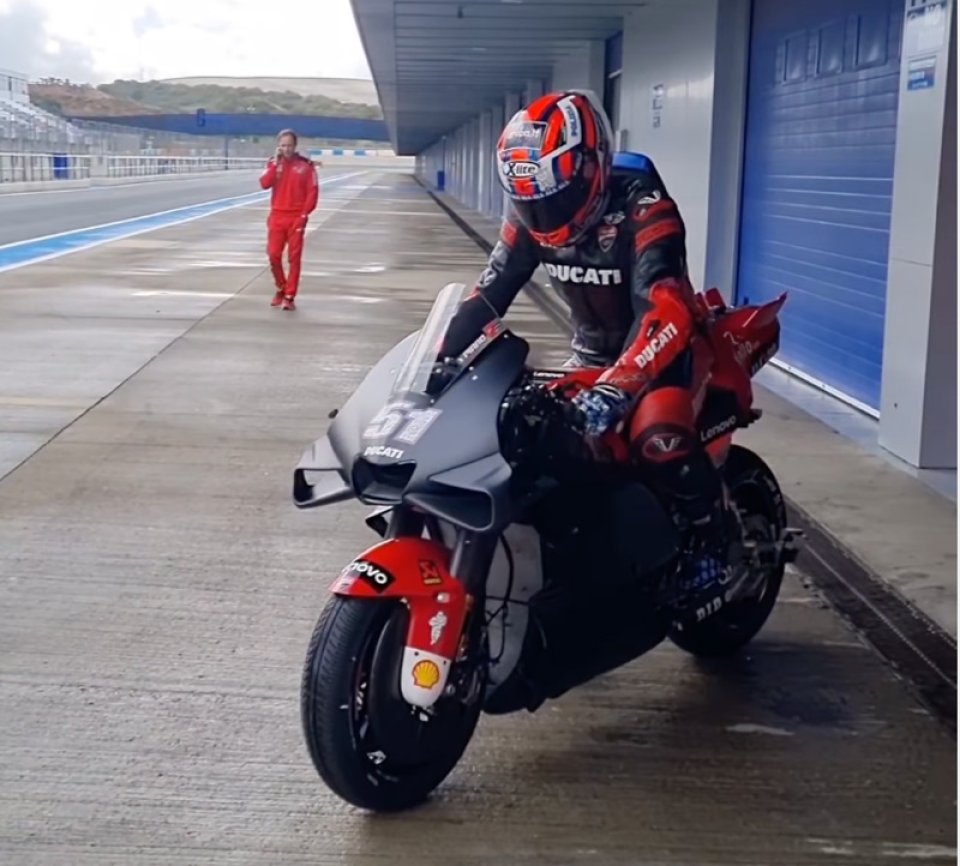 There's one thing you can't control, the weather, and the sky played a little joke on Michele Pirro and Ducati, in Jerez for two days of testing together with Aprilia. The first day, in fact, was ruined by the rain. Nothing too serious, so the Italian bolted on the rain tyres (as you can see in the video below) and made the best of things.

These tests are particularly important for the engineers before the long winter break, during which they will have to develop the GP23 prototype that Pecco Bagnaia and Enea Bastianini were able to ride for just one day, on the Tuesday following the Valencia GP.

With the new calendar, there are fewer and fewer tests and the role of the test rider seems more important. Suffice it to say that after the day in Valencia, all the riders will have to wait a good three months to get back on the saddle of their MotoGP bikes, when they will take to the track again in February at Sepang.

Michele Pirro reveals that until 5 years ago he hated Gigi Dall'Igna!