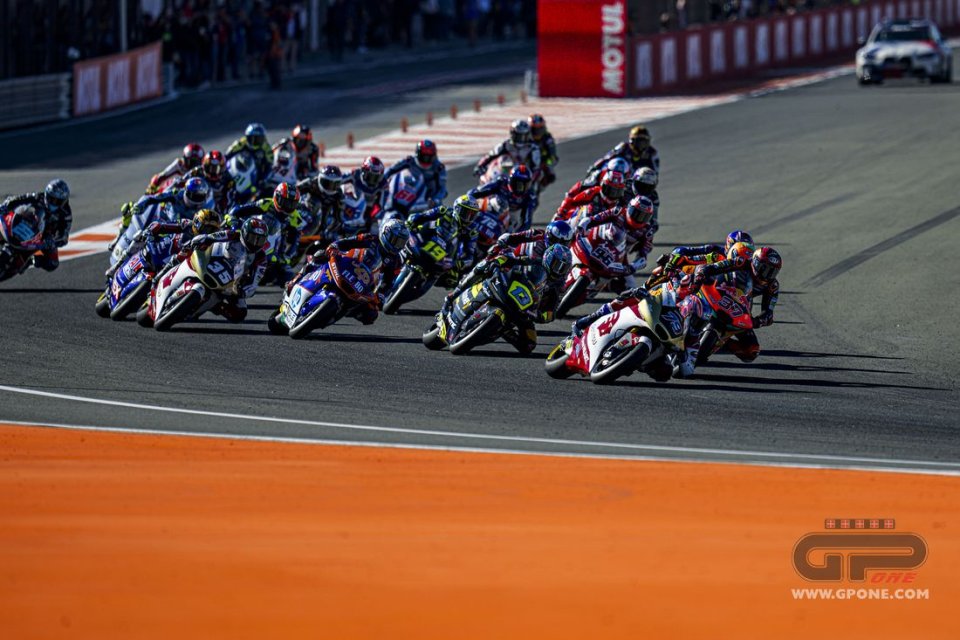 The Commission approved a change to the awarding of Championship points and changed the wording to make a third race less probable (especially in Moto2 and Moto3), however the regulations concerning the conditions for restarting an interrupted race remain unchanged. In summary:

• If none of the races have completed at least 3 laps, and it’s not possible to restart, the race is considered null and void and no points will be awarded.

• If the sum of the laps completed in all races (only counting races which have had more than 3 laps) are:

- less than 50% of original race distance → half points will be awarded.

- more than 50% of original race distance → full points will be awarded.

After further consultation with the Moto3 and Moto2 teams the Commission confirmed an amendment to the sporting format being introduced in 2023. For these classes only, all three free practice sessions on Friday and Saturday will continue to be timed for the purposes of progressing to QP1 and QP2.

Qualification for the Race

The Commission approved the removal of the right of Race Direction to, at their discretion, waive the requirement for a rider to have achieved, in any session, a lap time of less than 105% of the fastest rider in that session. However, Race Direction will retain the right of this waiver for the MotoE World Championship where there are less practice sessions.