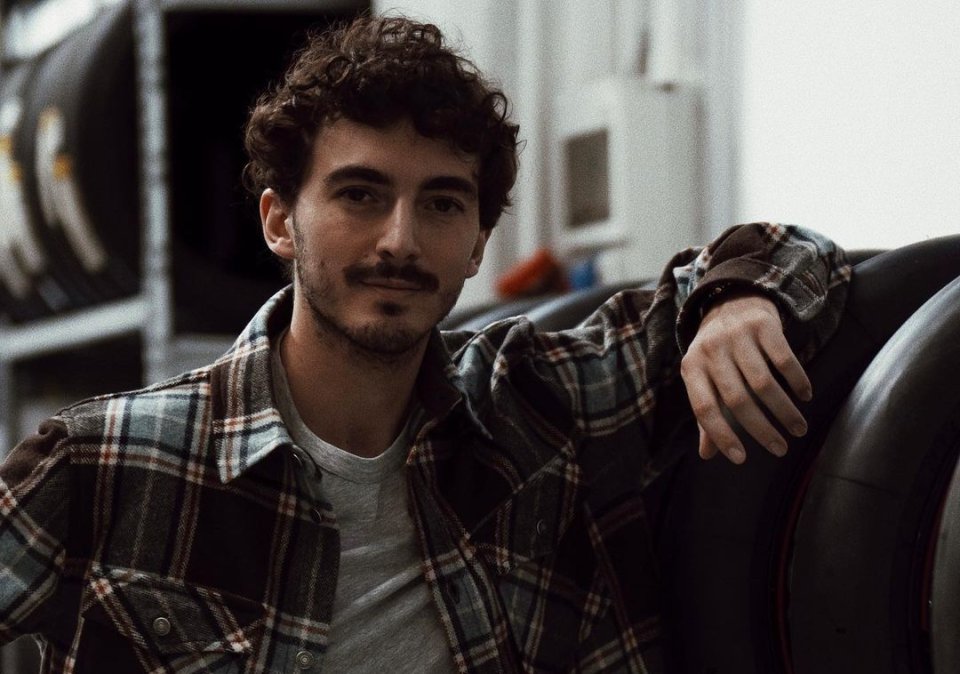 Pecco Bagnaia won his first MotoGP title at Valencia. It was a triumphal ride, which led him to crown his path in the grand finale staged on the track named after Ricardo Tormo. For him this is a second World Championship title, four years after the one achieved in Moto 2 at Sepang.

With regard to that success, we would like to present the interview made to the Sky Racing VR46 team rider at the time, at EICMA below. An interview that retraces the stages of his adventure in the world of racing from the human side, allowing us to better discover who Pecco Bagnaia is.

Pecco Bagnaia: this is where he started from to become World Champion

“For a boy from Piedmont like me, it is not really easy to get close to motorcycles. However, my dad and my uncle passed on this passion to me, later with the minibikes I rode in Codogno and Viverone, as well as in Alessandria. Then, when I started the Championships, I had to move to Romagna, where I have been living in Tavullia for four years now”.

Changing is sometimes the hardest choice to make.

"It is completely another thing, because when you are at home you have everything, like parents, friends and girlfriend, while at Tavullia I had to start over. I changed my life, but I must say that I like to be alone, in fact sometimes it happens that I go alone to the restaurant. Obviously I am thrilled when I have my girlfriend at my side, even if loneliness is not a big problem ".

You have been Moto2 World Champion for almost a week. If you hadn't become a racer what would you have done?

“I wasn't very good at maths and physics, but I didn’t do badly in literary subjects. However, I am a lover of cooking, especially in preparing pasta ".

What kind of pasta would you cook?

“Pasta allo scoglio and I would accompany it with a good glass of white wine, a yellow Ribolla”.

So in addition to being a rider, you are also an excellent cook?

“I'd like to open a restaurant, obviously not to run it, since I'm often busy with motorcycles (he jokes)”.

Did you conquer your girlfriend thanks to your skills in the kitchen or by getting out of shape on a motorcycle?

“She has always been one of my sister's best friends, but she was a year older than me and it wasn't easy. Initially there was not much bond between the two of us, but after a holiday in Pesaro we got closer and later our relationship began ".

Is it true that she never misses a race?

“Of course, she has always followed me, even my first victory with Mahindra”.

Francesco, let's take a step back to the years of Team Italia. There were those who thought you were not suitable for the World Championship.

“It is true, but I have never thought about it, because I am convinced of the opposite. At that time, they made me completely lose heart, but with the Academy I was able to grow and restart. In fact, I learned to tell people how things are and not to lose heart about it”.

What has Bagnaia grown into in the last year?

“The awareness of being able to win has changed, in fact I believe I have matured in this respect. The head plays a fundamental role, because when you are aware that you can do something then you do it”.

Now that you have become world champion you are full of requests including autographs, interviews, appearances on TV. Do you like everything that has been created?

“These are things that are part of the job and as a result have to be done. I am fortunate to have at my side a person like Laura Beretta, who has always proved to be perfect in managing this part of my work”.

In a few days you will officially make your debut on the Ducati, even though two years ago you had already ridden in Valencia on the Rossa.

"Exactly. Among other things, on that occasion I found Marquez who had just entered the track. He had slowed down to let me pass and I immediately made a mistake and went long. It will be tough, because I will have to compete with many champions including Vale”.

As if that weren't enough, Morbidelli will also be there.

"Franco will have the Yamaha, but he has already shown that he is fast this year with the Honda. Personally I consider the Ducati package the best of all”.

What can we expect from this test in Valencia?

“I will try to grow and understand many things. In fact, it will be essential to learn all the aspects in the shortest possible time”.

One last comment: you arrive at Ducati, where Dovizioso is making a difference. Will you follow Dovi or Rossi's advice?

“Vale, always him. I am fortunate to have him by my side and in terms of passion and desire he is the one who always puts more of it than everyone else”.