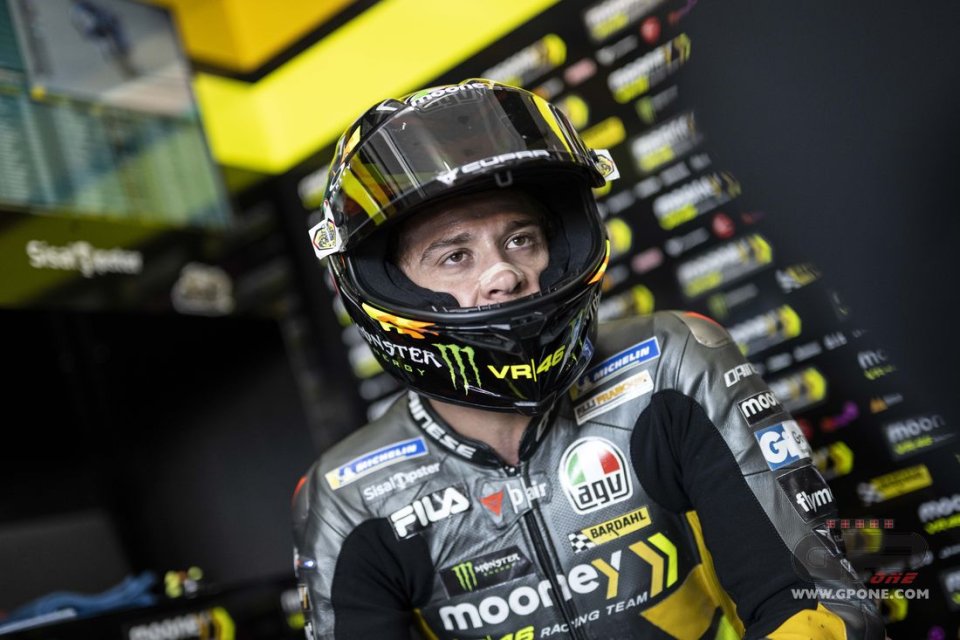 A fine of a thousand euros. That’s how much it cost Marco Bezzecchi for pushing a Race Marshall in the FP3. During the first few minutes of the round, the VR46 rider had fallen at Turn 7, and his Ducati caught fire at the end of the impact. But the Marshalls weren’t quick in intervening with the fire extinguishers, and Bezzecchi lost his temper.

However, we must say that, shortly after, Marco went to that Marshall to apologize: “I’m sorry. At that moment, I was scared because of the fall,” he said. But, the Stewards wanted to punish him with a fine.

He wasn’t the only one. In the Moto3, Jaume Masia and Kaito Toba also received a thousand-euro fine, to which was added starting from the pit lane and a Long Lap Penalty for the race. The reason? Both riders  started dueling it out in the FP3 and caused an accident.

Finally, Takaaki Nakagami was punished and relegated 3  places back on the grid for obstructing another rider in the FP3.