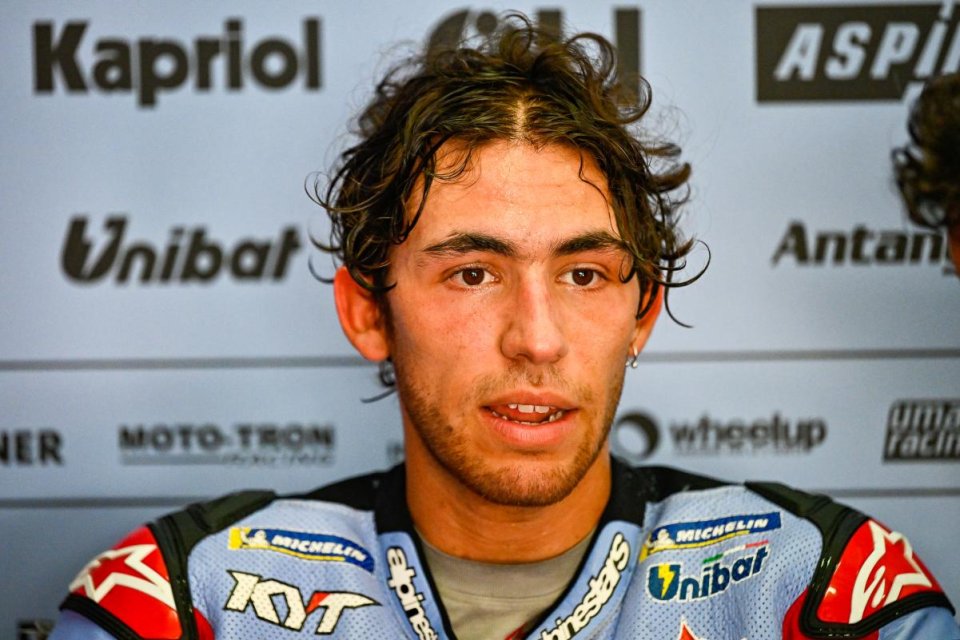 Enea Bastianini started his Friday in Valencia with a fifth time. An encouraging start for the rider from Romagna during the weekend in which his goal is to steal Aleix Espargarò’s third place in the Championship. The glass is certainly half full for him after today.

“It was a great day, even if going back to such a small track this morning was traumatic,” he said. “Unfortunately, also thanks to the wind, I struggled because the bike wasn’t stable like I wanted it to be. But we were able to do better in the FP2, working calmly. I had good feedback on the fast lap, although I have to improve at T3 and the last corner.”

Enea is showing his confidence.
“With soft tires, we’re always competitive, but a lot depends on the conditions we find. I think the only problem is the wind. The bike has great potential, but we suffer with the wind, because it takes us off  of our trajectory and penalizes our strong point.”

But everything is going according to plan.
“I’d say we’re on board. Unfortunately, I lost the rear at turn thirteen, but my pace is good. In fact, I managed to be more constant compared to the FP1. Last year, I started off worse, while it’s better with the current Ducati.”

Then there’s the duel with Aleix for third place.
“I think I’m competitive, and I’ll make sure that I make the most of the situation. I’m still focusing on my riding, without thinking about where the other riders are.”

Besides fighting for the lowest step of the podium, there’s also the championship challenge, with pressure that needs to be handled.
“It’s not easy to handle the pressure because, when you become champion for the first time, your life changes. I remember the Saturday before the Moto2 title. I did’t sleep. But Pecco is in a position to be able to remain calm.”

Bastianini was then asked if the victory of the rider from Piedmont can change things from a 2023 perspective.
“I think there will be pros and cons. Pecco will be the one to beat, and it’ll be a motivation. I think it’s a positive aspect, since the mood in the garage will be more relaxed and peaceful.”