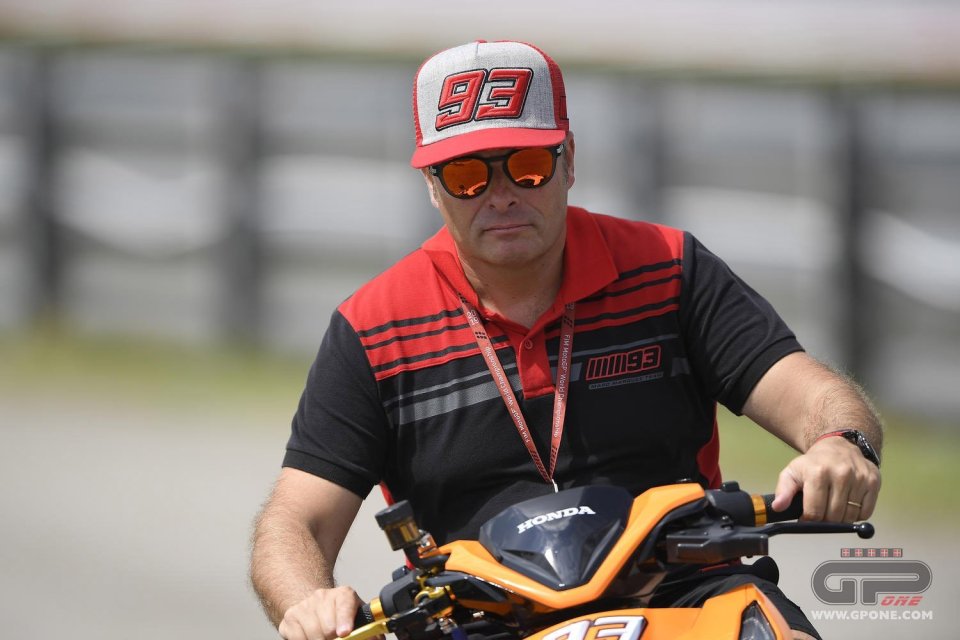 Emilio Alzamora is still looking for a project for the future, after the recent separation from the Marquez brothers. After having held the role of manager of them both for many years, Emilio will have to rebuild a future in a paddock that has seen him as a protagonist for a very long period, first in the role of rider and then of manager.

We met him in the Valencia paddock and had the opportunity to chat with him, talking about the future and also about his former clients, with Alex ready to jump on Tuesday on Gresini's Ducati and Marc who will test the new material brought by Honda to try to get back on top next season.

Hi Emilio, nice to see you here in Valencia. How is it going, did you find something interesting for the future?

"The work is going well! I'm happy to be here, to be able to say hello to everyone. I was really pleased to see Marc in good shape on the track, this makes me really happy. I'm looking for projects for the future, I still have a lot of passion and I would like to be here for a long time. I want to find something that stimulates me and where I can make a real contribution ".

You know this world very well, what do you think of what Brivio said yesterday, that he was worried about the future of Honda and Yamaha in MotoGP?

"I think Davide is right. The regulations have changed, everything is changing. The European manufacturers have been better, Ducati first of all but also Aprilia which, although not racing for very long in MotoGP, has brought a new and correct method, both in the box and outside. I think if the Japanese don't change something important soon, it could become difficult for them. "

Your last move as a manager was to take Alex to Ducati.

"I think this is a great opportunity for Alex and he needed it. We know that with Honda all the riders have been struggling for years, while Alex will now have a clearly competitive bike, as it has been for Bastianini this year. He will show all of his potential and I'm more than sure that it's a really great opportunity for him, after having had so many difficulties. Maybe he won't be very fast right away, but step by step he will arrive with his true style. "

And his brother Marc? Do you think he will finish his career in Honda?

In the past there was a lot of talk about Marc in Ducati, but now perhaps Bagnaia will win the title and conditions seem to have changed. In your opinion is it still plausible?

"Ducati have done a great job. With Gigi Dall'Igna it took a big step forward from a technical point of view, with Paolo Ciabatti they did a lot more. They have a competitive bike, but the impressive thing is that they have eight bikes on the track with strong teams, they make contracts with the riders and they are all young and strong. But I think there will always be interest in Marc, but at the moment they don't really need him like before. "

You are taking an interest in young riders, do you think Moto2 and Moto3 are still very formative today?

"In my opinion, now the level of Moto3 and Moto2 is good. Because of the current regulations, the MotoGP bikes are different from those of the past. I don't want to say that they are easy to ride, because we are talking about very powerful and difficult bikes. Taken to the limit they are monstrous. But the Moto2 school works and in my opinion someone who is strong with that bike can do the same with MotoGP. "