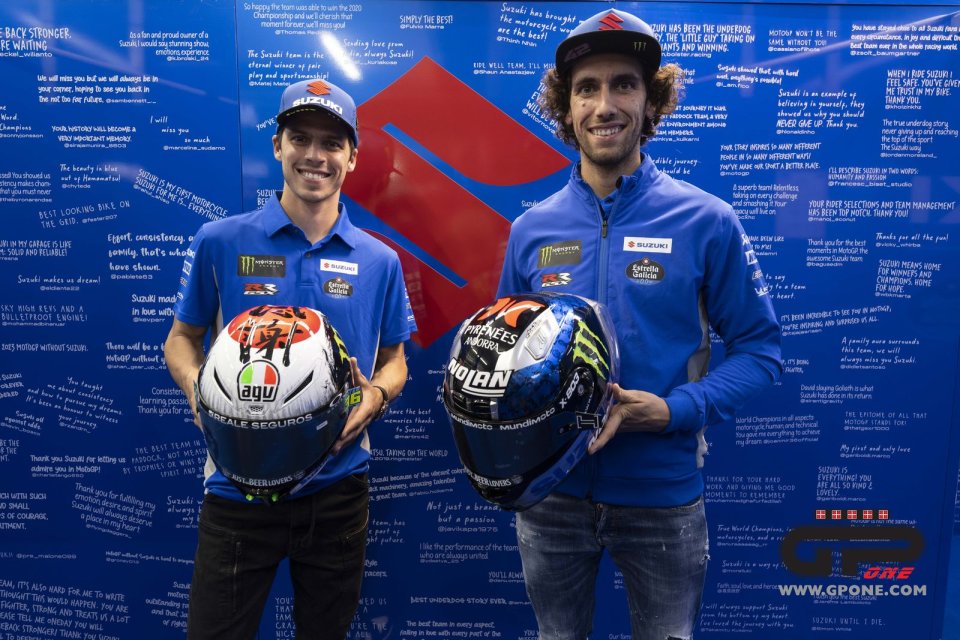 The Valencia Grand Prix is not only the last of the season but also the last appearance of the Suzuki team in MotoGP. A team and a factory that have been able to win fans and insiders not only for the results, but also for the friendliness and helpfulness with which they have 'inhabited' the paddock.

Joan Mir and Alex Rins thus showed up with special helmets on which they reproduced photos of team members and Japanese kanji form the word 'thank you'. On the team wall then are the countless messages of regret and good wishes received on social media.