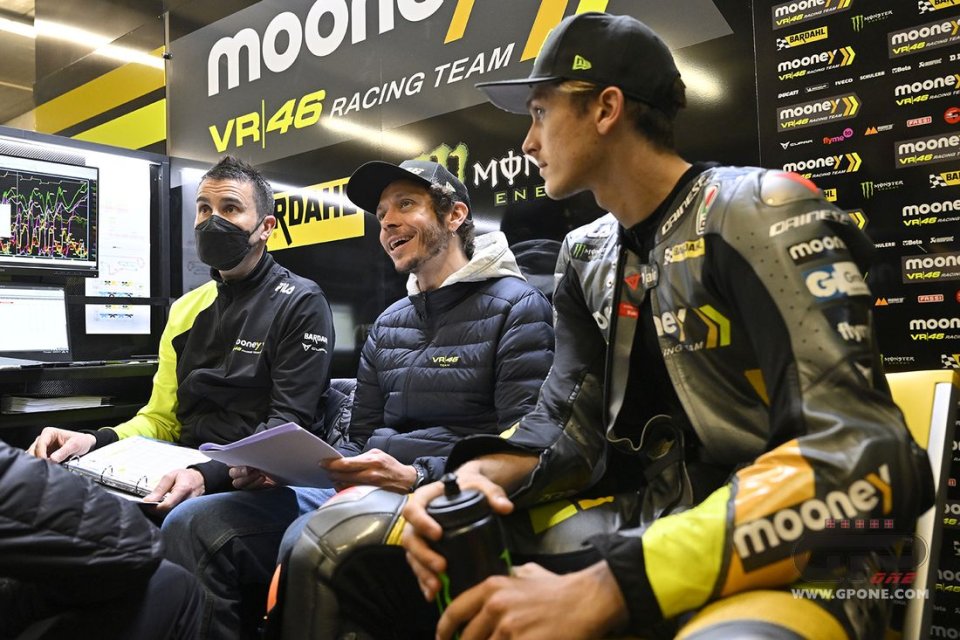 At Valencia everything is ready for a big party, at least 99% sure (barring superstition), and Valentino Rossi does not want to miss it. A year ago on the Spanish circuit he said farewell to the MotoGP public as a rider for the last time, in about ten days he will be back in these pits as a (very) interested spectator.

The Doctor has not shown up much in the paddock of the world championship this year, also due to his car racing commitments: only at Portimao and, briefly, at Mugello. But now that the GT championship in which he participates is over, he has decided to spend the weekend amongst two wheels again.

Since nothing happens by chance, fate would have it that it will be the race for Bagnaia to win the MotoGP world title and, of course, the last Italian to do so was Valentino, 13 years ago.

Rossi, after all, is a friend and mentor of Pecco. He wanted him in his Academy when he was going through a difficult moment, he let him race in his team (and he was rewarded with the Moto2 title in 2018) and followed him "remotely" this year too. Several times Bagnaia has spoken of the Doctor's suggestions by phone and of the chats about tyres and strategy.

There will therefore be nothing better than seeing them both in Valencia: Pecco on the bike and Rossi on the track. A great way to celebrate the probable handover.