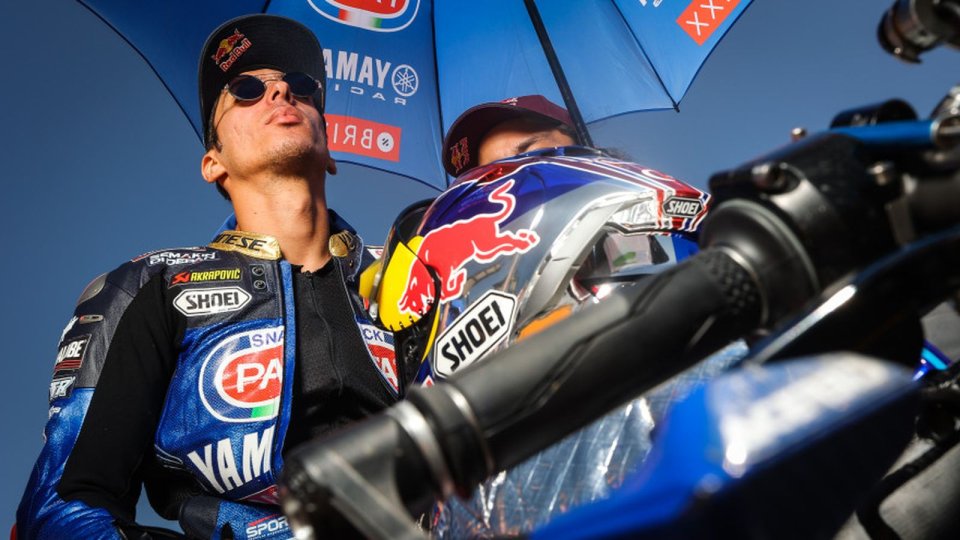 A victory in the Superpole Race and a second place in Race 2 that (partially) redeemed his mistake yesterday in the first weekend round at San Juan Villicum. But this didn’t affect Alvaro Bautista’s solid position, which he maintains at the top of the championship, with two more races until the end of the season.  But for a stubborn Toprak Razgatlioglu, the gap from the Ducati rider seems unbeatable, with 82 points. In the second long race, he remained in the Panigale V4-R #19’s slipstream, but there was nothing he could do against the superiority of the Spanish rider.

“I made a big mistake yesterday. I had to redeem myself. The Superpole Race was incredible. I did my best, and I’m very happy with the success,” the reigning Champion stated. “In race two, I knew that Alvaro would be fast on the straight, but I tried again. At every corner, I was at the limit with my front. I was hoping for a drop in his tires, but that didn’t happen, and he managed to maintain a constant pace. He’s very light, and the Ducati is really fast on the straights. We’re bringing home some useful points for the championship, with the knowledge that we’ve fought for the victory again this weekend.”

Razgatlioglu continues to remain focused, even in light of Bautista's triumph.
“I said we’re bringing home some useful points for the championship, but I’m not over thinking it. I’m not fully satisfied because I wasn’t able to repeat what I did in race two. We fought, and now we’re confident going to Mandalika, where we know we can do well. There are no long straights, so we’ll have an advantage in this respect.”

The Turkish rider then spoke about the support he received by the Yamaha team after his fall on Saturday.
“I was really down, but the team didn’t stop supporting me. Everyone tried to lift me up. This is always good for a rider’s motivation, regardless of the mistake, the first of my season, which I hadn’t made in at least a couple of years. I reset myself last night, and  I was thinking of nothing but a victory this morning. I simply have to thank the team for the excellent work they’ve done and for believing in me every time.”