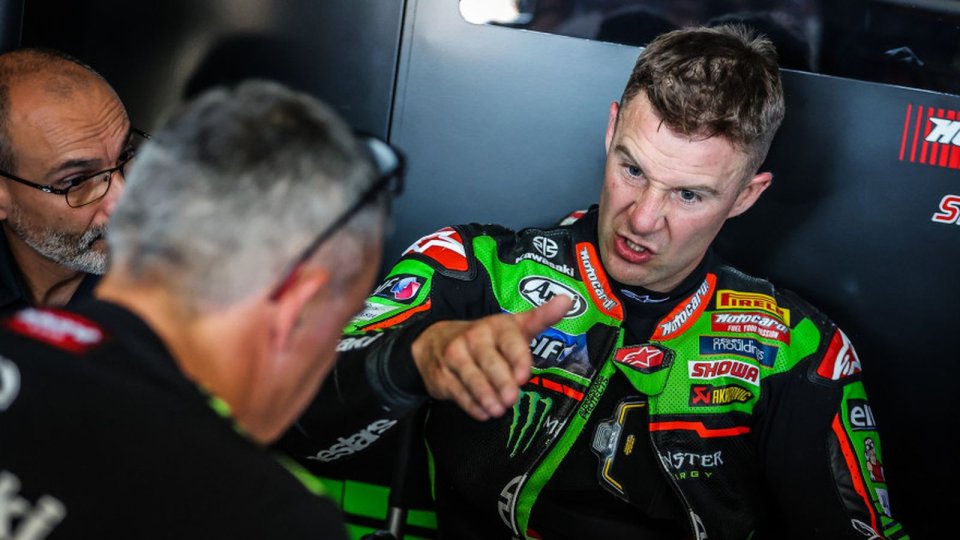 Although he hasn't stepped onto the top of the podium since the Estoril round last May, Jonathan Rea aims to finish his season in the best possible way. 82 points away from the championship leader Alvaro Bautista, the Kawasaki man started with the right attitude the third final weekend of the 2022 season held at San Juan Villicum, with the best time in the second free practice session and second in the combined standings. Rea can only return to victory to keep his world title hopes alive.

"Solid day, I felt good with the bike. In general, they don't race very much here and therefore you never know how much grip there can be, but I was surprised at the conditions the asphalt was in - said Rea - in FP1 we used the same set of tyres and I set my best time right on the last lap, I'm happy with that. In the afternoon we focused on the work for the race and I kept a good pace with the SCX. I tried to understand both the tyres to make the choice clearer. I noticed that the front starts to move more than expected after five laps. We need to fine-tune the set up and some areas to make the bike more stable and balanced. Although I am an instinctive rider, compared to last year I am spending more time in the garage with the mechanics to do the technical briefings as detailed as possible and in fact today we made a good step between FP1 and FP2 ".

How are you approaching this weekend?

"I was fast on more than one occasion on Friday. Clearly I am not satisfied with the way the season has gone, which is very similar to the start of the 2019 season when I was always behind Bautista. We need to have more time to lap on the track, to understand how to put the bike in the right range of use and the kind of influence I can have on it. I think in the end I can make a difference. On the one hand, it's frustrating to have to deal with the disadvantage that we have on the straight, I want to win, but we must be aware that we are giving everything. I'm surrounded by smart people and I'm sure we know how to put all our heads together. "

What’s your view on the new system of super concessions?

"From what I have read, they will mainly concern the chassis, but that's an area where Kawasaki is already very strong. So I doubt they will help us in any way. I would prefer to get back the revs we are entitled to and, perhaps, a weight limit. I think Scott Smart (World SBK technical director, ed) has some valid ideas, just look at the excellent work done in Supersport after the year of testing in British Supersport, but now it's hard for me to fight. Today, for example, I was able to follow Rinaldi on the straight opposite to the starting one and, beyond the maximum speed itself, I couldn't contain him in acceleration ".

Laverty back home: "it wasn't the way I wanted to finish my career...