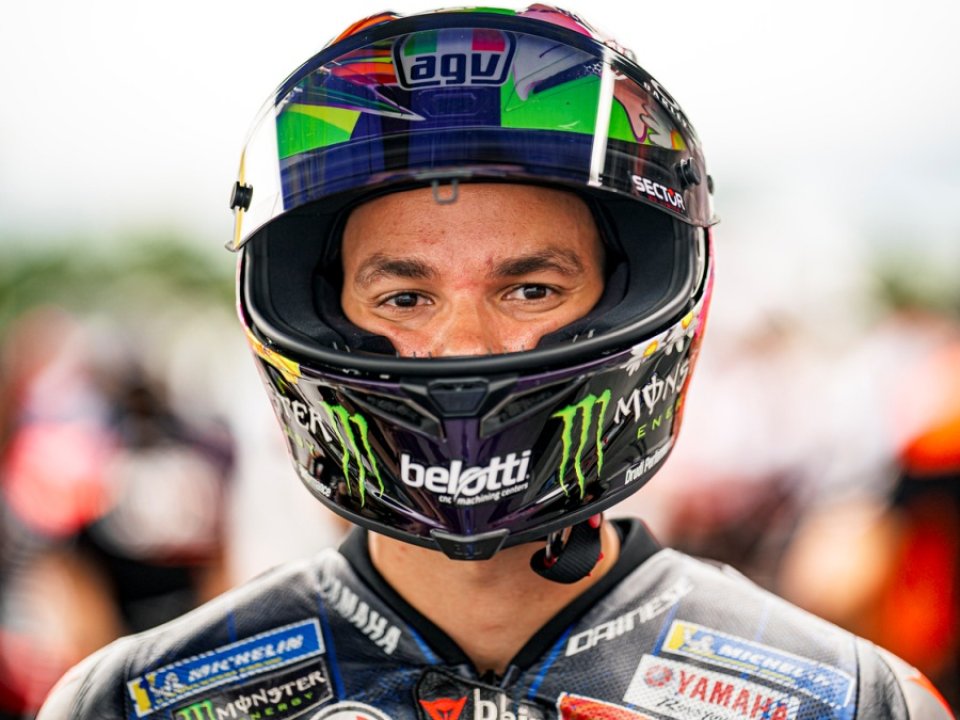 There’s light even on the darkest night, and Franco Morbidelli proved this. During an uneventful season like this, he still manages to find something positive every weekend, reminding everyone that Franky is still here, even if he’s not yet where he’d like to be.

“On our worst weekends, there’s always been at least one round where we’ve seen the light, especially from the second half onward. And what we saw today was particularly brilliant, because the FP1 were extremely positive. I wasn’t able to enter Q2 by four thousandths of a second, and I didn’t mount the new tire,” Morbidelli said as he took stock of Friday. “The FP3s were great, because I was going fast. We’ve already dealt with these kinds of moments, but they haven’t been that brilliant. We weren’t that fast,” the Yamaha rider continued. “I hope it continues like this, that the sensation remains good, actually, that it improves. I hope to stay up there.”

There’s definitely no lack of confidence in #21’s garage, where the problems seem to derive from the fact that the M1 continues to not respond properly to Franco’s commands. “We still can’t get the bike to do what I’d like it to do, to go fast,” Franco explained. He seems to partially share Quartararo’s analysis, convinced that the bike still does not have superiority of the frame that, in 2019, allowed it to compensate for the weaknesses of the engine.

“I agree, but you can go fast even with this package,” he said. “Surely, we have a lot of weaknesses compared to Ducati. They’re the best Constructor, you have to admit that. But we still have some strengths compared to them, which still allow us to go fast, like we saw today, and like we always see with Fabio.”

With a 7th time in the FP2 and a 12th in the combined ranking, Morbidelli seems to have the pace to do well this weekend, but he doesn’t want to count his chickens before they’re hatched. “It’ll be important to see how the grip will change tomorrow. It rained, so I don’t think it’ll change much, but we’ll see. If it’s more, it’ll be important to try to maintain the sensation,”  Franky said. “As Vettel says, I have balls but not crystal ones.”