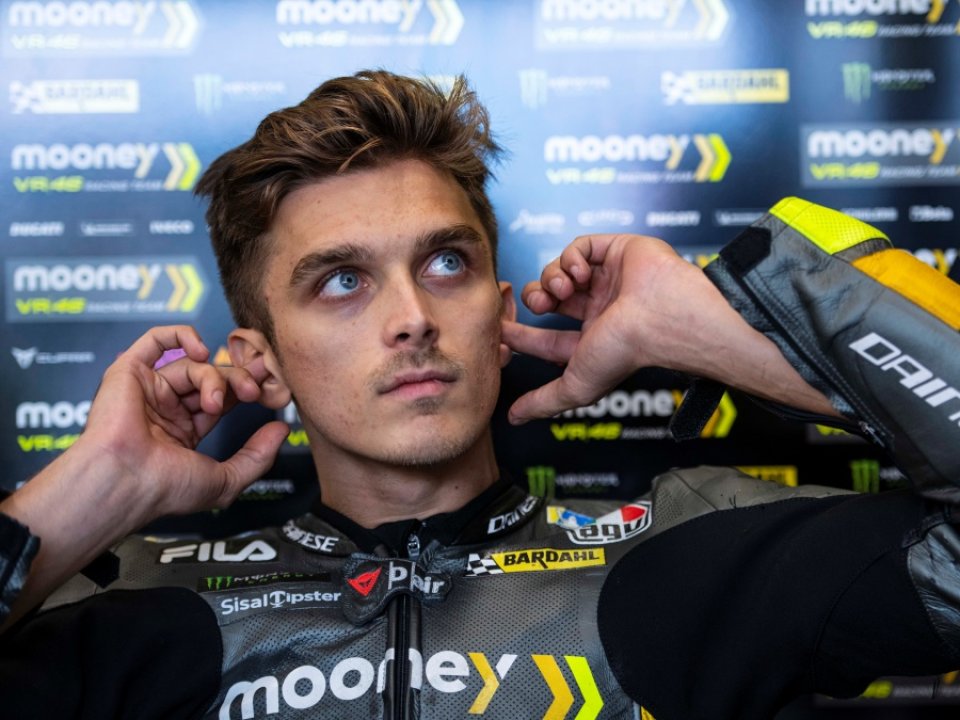 After sixth place in Australia, less than half a second from third, in Malaysia Luca Marini will have a new opportunity to stand out. Race after race, the steps forward being made by the Mooney VR46 Team rider were increasingly clear, even though a podium has continued to elude him for almost half of the season.

"It is from Sachsenring, or perhaps from Mugello, that I am often among the first," said Luca, speaking of the progress made so far. “First of all, the setting of the bike has changed. At the start of the season it wasn't easy for us because we started with a completely new team and bike. It takes time to understand how to be fast. As there is not much time to practice - because in FP1 and FP2 you are in a hurry, because you are focused on entering Q2 so as not to ruin the race - it takes more GPs to get there. "

“I have also improved as a rider. I have perfected my style and compared to the beginning of the season I have progressed in tyre management and braking. It's an improvement that went hand in hand with the feeling and the electronics of the bike, which helped me to express myself better on the track ", continued the Mooney VR46 Team rider, aware that the Malaysian one might not be a simple race.

"This track is completely different from Australia, both for the temperature and for the tyres - explained Marini - We have some test data, but they are not that important in my opinion, because they were at the beginning of the season and now we are in a different state of form and we have a completely different setting. There was a lot of grip, because the track changes a lot during testing. We will see how it will go from FP1. I hope we will be fast from the start, because this will help us work better and go directly to Q2, which is as always the key to a good race. "

Although it was Rins and Marquez who took the top two steps of the podium at Phillip Island, finding six Ducatis in the top eight gave Aleix Espargarò something to say about the Desmosedici's supremacy. Is Ducati domination a problem for MotoGP? “No, not at all. It's like that every time, it's racing. Every time, every year was like this. For example Honda dominated for 10 years and nobody was complaining about this. Just spend more money or make a better job, I don’t know, just try to improve” replied Luca. “I think that Aprilia made a huge step and Aleix needs to be proud and happy of what they have now because from behind the bike is incredible and really strong, like every bike in this moment in MotoGP."

“For sure Ducati made an amazing job. Their engineers are the best. The bike is the strongest, the fastest. But also they have, in my opinion, the best riders. It’s just that having so many fast riders and strong riders in Ducati, this makes the difference. In every track, every rider has a strong point, a strong corner, and seeing the data of each rider you can improve a lot. You can improve your bike but you can improve your style. And we are pushing each other every weekend, a lot. In Aprilia they are only two, they have less data, maybe sometimes Aleix is faster than Maverick so he cannot compare data and he cannot understand in which way he can improve. You can have a look at the data and the rider can take out two tenths or three tenths more in their pace, that makes the difference for winning a race or not.”