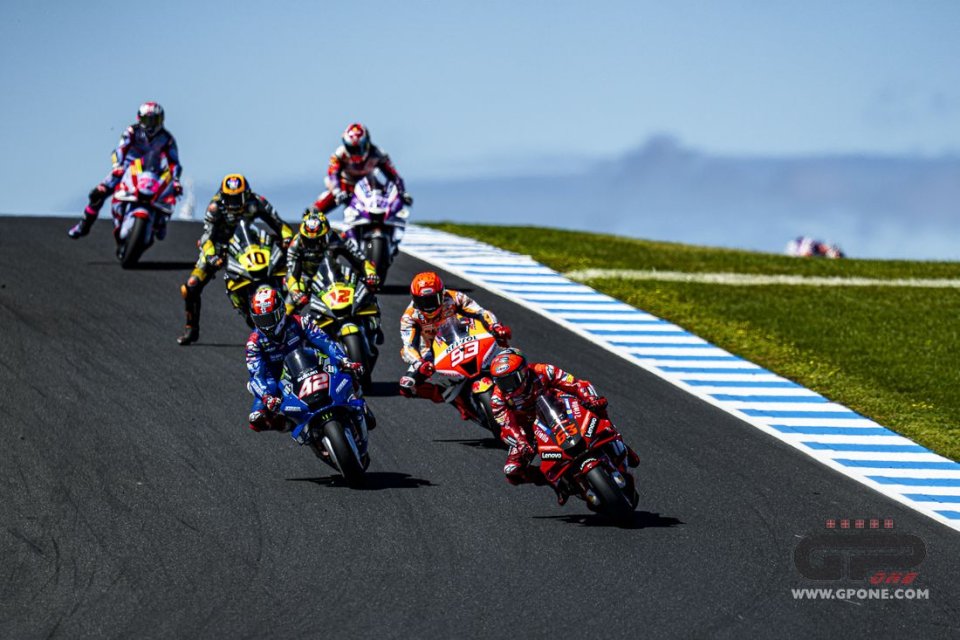 A big crowd, lots of overtaking and the ocean in the background. Phillip Island never disappoints, and neither did Alex Rins, Marc Marquez and Pecco Bagnaia. Fabio Quartararo, on the other hand, did and not even the pleasant landscape could lift his spirits.

Lots of smiles on Sunday evening, and parties: the one for Guevara Moto3 world champion and the one for Bezzecchi Rookie of the Year in MotoGP. For the others we will have to wait, perhaps not too long.

THE GOOD - Pope Francesco, as the fans portrayed him. Homonymy aside, for the moment Bagnaia prefers the kingdom of heaven to that of MotoGP. He has the keys in his hand, now he just has to open the door. His comeback in the standings has already gone down in history, but there would be other chapters to write. Maybe already in Sepang. 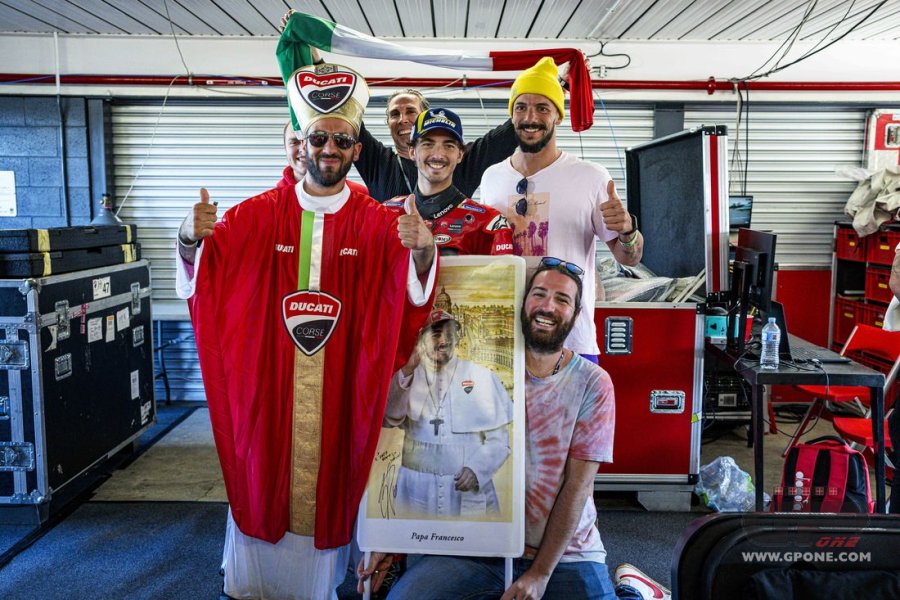 THE BAD - To increase the attractiveness for spectators, the circuit-zoo was inaugurated where, to the delight of young and old, marsupials and flying birds coexist with motorbikes in an unprecedented habitat. Then there are the super-VIP seats that allow you to watch a couple of laps of the race lying a few inches from the track, without anyone interrupting it. For this exclusive location, though, you have to crash first, as Navarro did. Great ideas! Or are we confused?

THE UGLY - The swan song, which, however, had no desire to end the show early. Someone decided for him. For the incurable optimists, Suzuki will be able to leave MotoGP with its head held high, for the pessimists it will be a complete and utter waste. Seeing the show put on by Rins and his GSX-RR, we fear the latter are right.

THE DISAPPOINTMENT – Slow and steady wins the race, but doesn’t bring you the title. Not that Aleix Espargarò goes slow, but slower than the others, yes. It was a golden opportunity to continue to hope, the candle has not yet extinguished but got a bit wet in the Phillip Island ocean. Consistency pays off, but not enough.

THE CONFIRMATION - As a child he cried when they made him play football, because he wanted to ride a motorcycle. Now he’s on a bike and his opponents mourn him, thinking that maybe it was better to try a career in football. He is Izan Guevara, who won the title and the race on the same day. No more crying, just laughing. 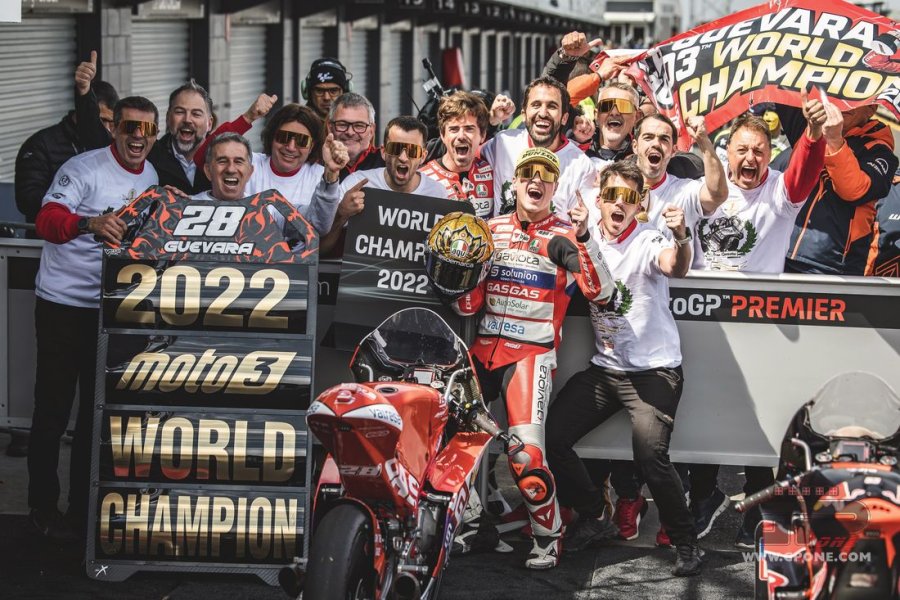 THE ERROR - Fabio Quartararo and Augusto Fernandez took the concept of a 'down under' Grand Prix a bit too literally. Ending up on their back was not a good idea, especially for the standings.

THE SURPRISE – Seeing him go so fast on his debut at Phillip Island certainly was, but not winning the title of Rookie of the Year. Marco Bezzecchi was definitely the best among those who were his peers in name only. The Italian national squad for 2023 is getting stronger all the time.

THE PASS - For once there was no shortage, but we want to remember those of Marc Marquez. Because the Spaniard is back to fighting the way only he knows how and the way we like it. If the phenomenon has not yet returned, the time is getting close. 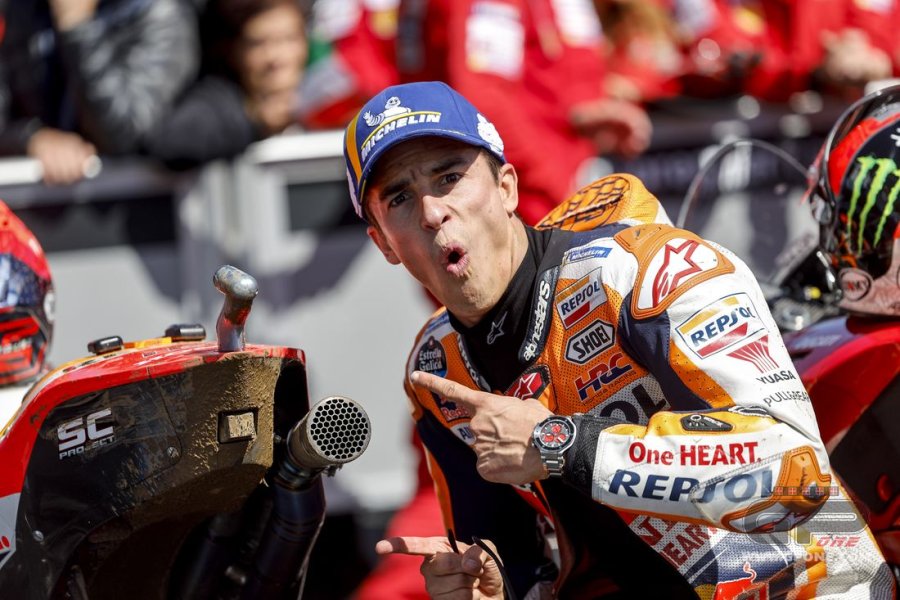 THE CURIOSITY - On his birthday, Casey Stoner did a lap of honour at Phillip Island. For the occasion, he was granted a cart that was a bit like a village festival. The MotoGP riders did the same, but with nice convertibles. There is no longer any respect for the elderly. Luck has it that we didn’t find any photographic evidence.

I TOLD YOU SO - "I have a lot to lose, but also a lot to gain". You were right first time, Fabio…