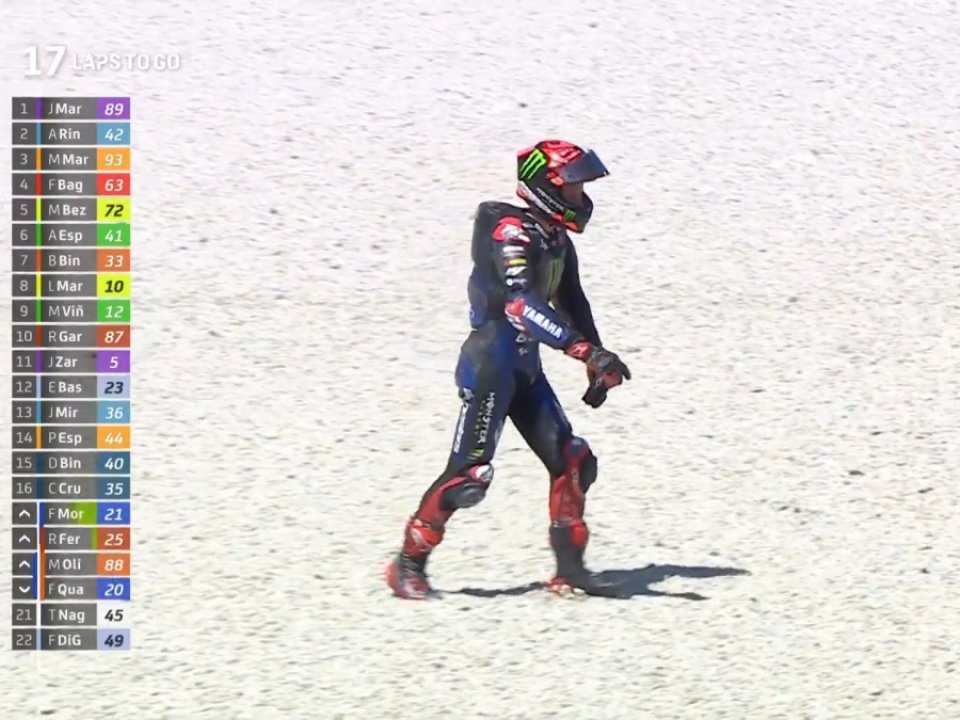 After the disastrous race of Thailand, another nightmarish Sunday fits into the roadmap of Fabio Quartararo, who at Phillip Island stumbled upon his third DNF of the season, while Francesco Bagnaia got onto the third step of the podium of the Australian GP. A resounding defeat for the reigning champion, who has seen his points haul crumble, going from 91 ahead of Pecco at Sachsenring, to 14 behind after Australia.

It was clear from the early laps that the Frenchman's GP had got underway on the wrong foot, when El Diablo, who was fighting for seventh place with Marini, went wide at Miller Corner, dropping down to 22nd, to then put an end to his race with a slide in Turn 2, while attempting a comeback. “I struggled a lot in Turn 4, I made a mistake right away at the start of the race, then I tried to push. I was quite fast and could have overtaken two riders, but I pushed too hard in Turn 2 and made a mistake. I didn't brake too hard at 2, but I lost the front," commented Quartararo, who then explained in more detail what went wrong in Turn 4. "I didn't brake too late, but I couldn't stop. I think the wind in favour made me come in too strong and I made a mistake ”.

“I think in the end it is important to do the right analysis - I think we already know what happened - and then to go to Malaysia fully motivated. We’ll see how the next ones go. I think Sepang is a good circuit, I like it, so let's see what we can do" added the Yamaha rider, who to SKY TV denied the possibility that it was an increase in tyre pressure that had betrayed him: "No, I was struggling a bit to warm up the rear tyre, because at the beginning, in Turn 2, I tried to stay on the inside and Pecco passed me immediately. I think in Malaysia it will be easier to have warmer tyres, but it will still be difficult ”.

Speaking of tyres, before the race the Frenchman decided to rule out the rear soft which he had used in FP4. Was it a choice he regretted seeing Marquez's performance? "Yes, a little bit yes, but the rear tyre wear was very high and with the hard tyre it was a bit better, so we chose to use that - explains Fabio - Afterwards it is easier to say 'Ah, if we had put the soft ...', but it's too late. It's all experience for the future ”.

Quartararo not giving up yet: "We are still in the fight" 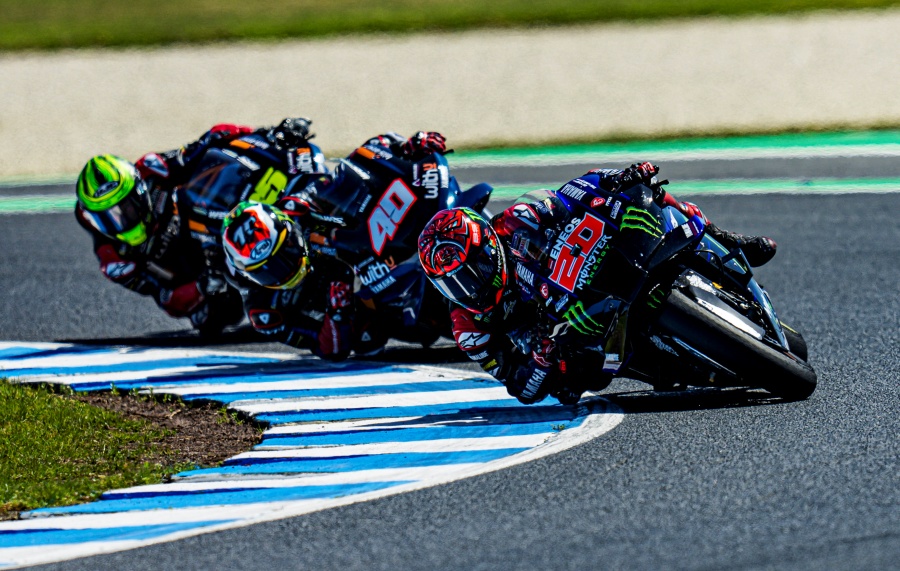 Despite now being behind in the standings, El Diablo continues to believe and has no intention of giving up. “For Pecco everything changed after Sachsenring, so for us it can change in the last two races. I feel we can have two good races. We need to be focused on working well and seeing how it goes. It can go well in both,” says the man from Nice, who is not thinking of changing his approach in the final rush. "It's difficult to change strategy, but in the end I think we will have to do our best and have fun, because I haven't really enjoyed the last few races and I think this is the most important aspect, because I think we can be fast."

“The problem is we ride in different way to the others, so when I’m alone you can always see my pace is super strong. Then when we are in the race, it’s always difficult. So, I think we need to make a bike that – for the future – can be suited to win races and less thinking about having the most corner speed as possible. I think we can do it, we are still in the fight. We will try to do our best. We will have to be ahead of Pecco, we will have to win. It's easier said than done, but we'll try to make a difference. It's not over yet".