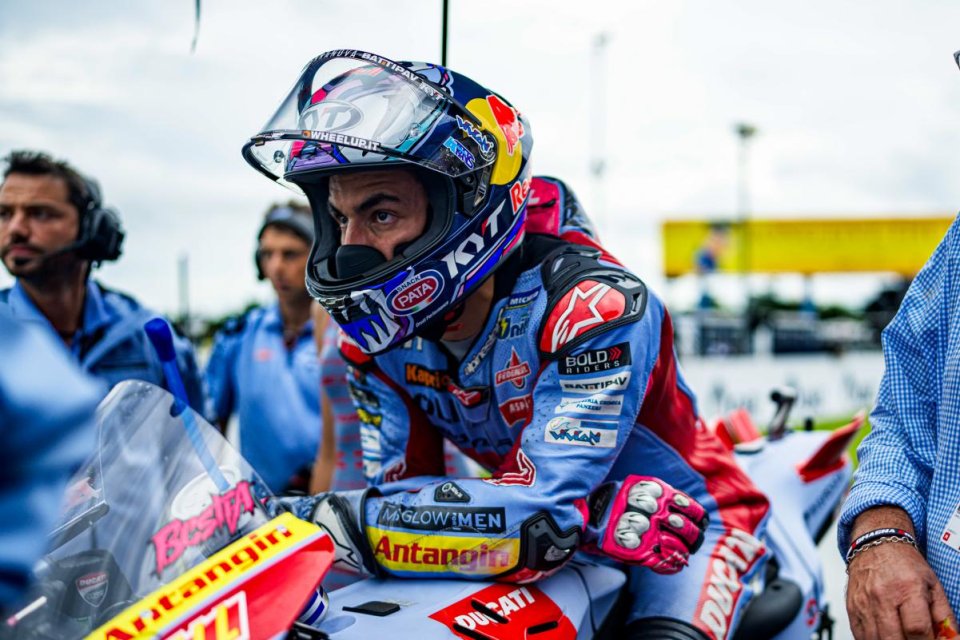 Enea Bastianini is going to Phillip Island after a cutthroat race in Buriram as he’s called to shorten the gap from the top riders in the World Championship, but Enea prefers to avoid doing the math. His mind is focused on the Australian round where he’ll be racing for the first time with a MotoGP.

“I’m going to look at past data, since I haven’t started working with Giribuola for the race weekend yet,” Enea began. “The sensations were good on the bike in Thailand, especially in mid race.”

It’s going to be a rainy weekend at Phillip Island.
“Rain isn’t my favorite condition, so I’ll have to learn more for the future. I don’t have any session in wet conditions from Buriram, but my goal is to stay ahead at every round.”

Enea hasn’t lost sight of the World Championship race.
“It’s important for me to achieve an important result, since there’s a large point gap from the top. But I have to think about one race at a time, since I progressed a lot during the summer. If I end up in the scuffle for the world championship in Valencia, I’ll try to win.”

And he hasn’t forgotten about the race two weeks ago.
“The visibility was really very low, but after five or six laps, I started pushing, since the visibility improved, as did the track conditions and my pace. Unfortunately, at first the electronics didn’t help me much at first, but then I managed to emerge.”